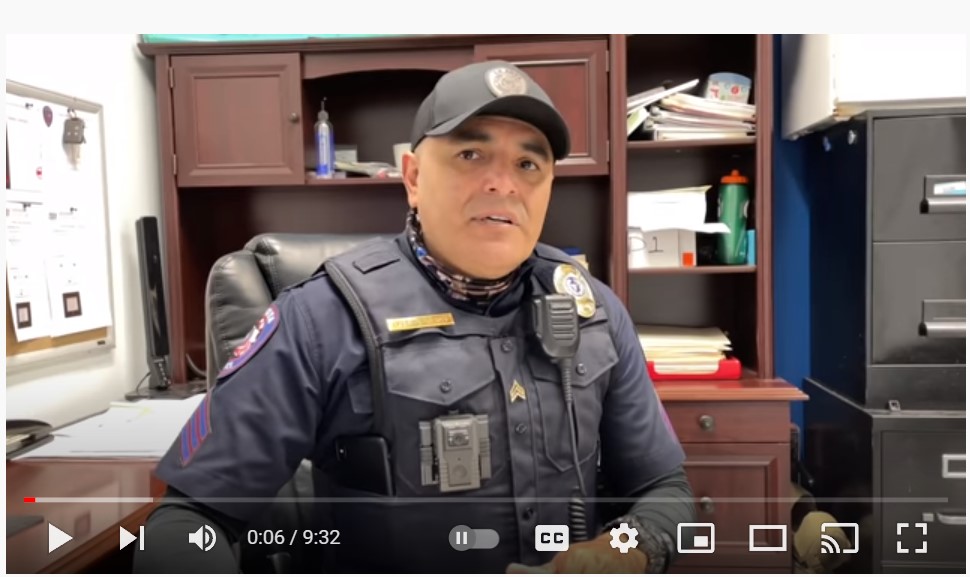 Ben Bergquam goes directly to the Southern border of the United States to courageously report on the details of the people, the crimes, and the human suffering – found on both sides of the border.

American and Mexican citizens are experiencing increased threats of violent attacks to themselves, their families and their communities- because of the policies of Democrat Joe Biden.

Although Biden has censored American media from covering these stories, Bergquam, the founder of Frontline America, is seen on Real America’s Voice and The WarRoom Pandemic, where both news organizations routinely publish Bergquam’s work.

In the following recent video, Bergquam interviewed a Police Sergeant who talked about the difference between being on border paltrol under President Donald J. Trump and then under Biden:

“The truth about the border invasion that the mainstream media and the left don’t want you to know. The rapes, the deaths and the destruction of our country if this continues from the eyes of a hero who puts his life on the line every single day to protect and serve,” Bergquam wrote, describing the footage.

“All of these people who have a dream of getting here are going through something to get here. We know that many women get raped and get sick. Everytime someone crosses here they are facing dangers just to get here. We have examples of people being taken hostage by gang members in America and extorted for money. They don’t come here without the permission of the cartels. Everyone is being taken advantage of. Some people are being used as sex slaves or house servants,”La Joya Police Sergeant Casas told Bergquam.

“We have reports of people selling children,” Bergquam said.

‘We don’t know what the agenda is of the Biden adminsitration,” Casas said, “It is a bunch of garbage though.  We need to accept these people will all become a burden to the government. Who is going to pay for that?”

Please share this video to help Ben Bergquam get the message out to Americans about what happens when Democrats are elected.

As of Tuesday, we are just one short year away from significant elections in 2022 that could change everything on the border. People must be made aware of whose policies and administration are not being honest with the American people.