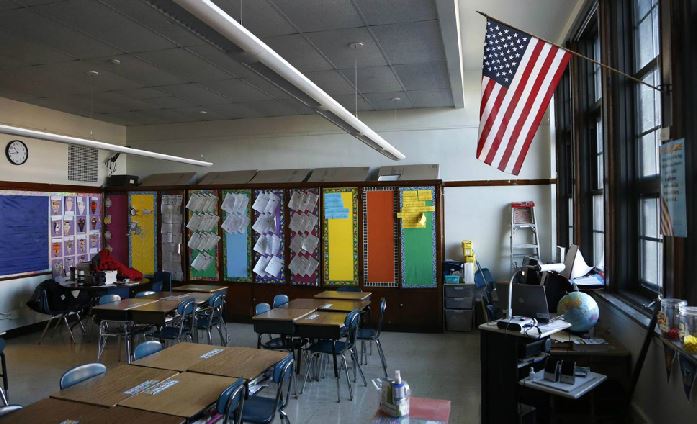 One Mom in Wake North Carolina, Wendy Runyon, has done what no one else in North Carolina has done- she filed charges against her local schools with police- for distributing obscene and pornographic materials.

Wendy Runyon, is the Mom who filed the charges, and she contacted local News and Observer reporter, BY T. KEUNG HUI, who wrote :

Some parents and community activists want criminal charges to be filed against North Carolina’s largest school system for distributing books to students that contain graphic language and images about sex. Nine criminal complaints were filed Tuesday with the Wake County Sheriff’s Office accusing the school system of distributing obscene and pornographic material. Some of the books targeted include “Gender Queer,” “All Boys Aren’t Blue,” “George” and “Lawn Boy.” Those books previously have come under fire in North Carolina and nationally for sexual content. The complainants say the language and images in various books depict oral sex and other sexual acts that go beyond what should be acceptable in Wake County school libraries.

To emphasize that Moms are not talking about simple censorship, one North Carolina Mom, who wants to remain anonymous, plans to upload the material she has found unsettling and pornographic.

For months parents have addressed the Wake County School Board and begged for relief over issues of masking, surveys, and these illicit materials, and they have gotten nowhere.

Parents aligned and often supported and encouraged each other informally to make progress. They have been diligent on activism for almost a year now with the assistance of experienced activists and lawmakers. These groups have focused on legislative action, and together they have achieved big things.

But there haven’t been enough changes and the parents feel deflated and worried about the highly sexual content of these books, which rumor has it have been placed in the schools at the personal expense of some social justice warriors.

What needs to happen is there needs to be an audit of the process of how those books got into the schools.

Numerous Wake County Moms helped me do extensive investigations with the assistance of some helpful school employees in Wake County, to find out how students are getting these same obscene materials.  What the parents who contacted me, and I discovered- was shocking because we found some school officials were abusing access they had to children to push an agenda on human sexuality which did not match the wishes of the parents.

In the same school district, Wake Co, I exposed in April that PTA officials and school employees were comfortable making public statements about overriding parents’ directives on matters of sexuality and gender.

That lines up with the trainings offered in Wake Co, which I reported on in May, that instructed teachers to be activists and plant materials in classrooms for lessons on social justice issues like transgenderism for a teaching method called Culturally Responsive Teaching

Runyon is no stranger to activism.  I wrote about her in October:

DADS ARE OUT THERE TOO!