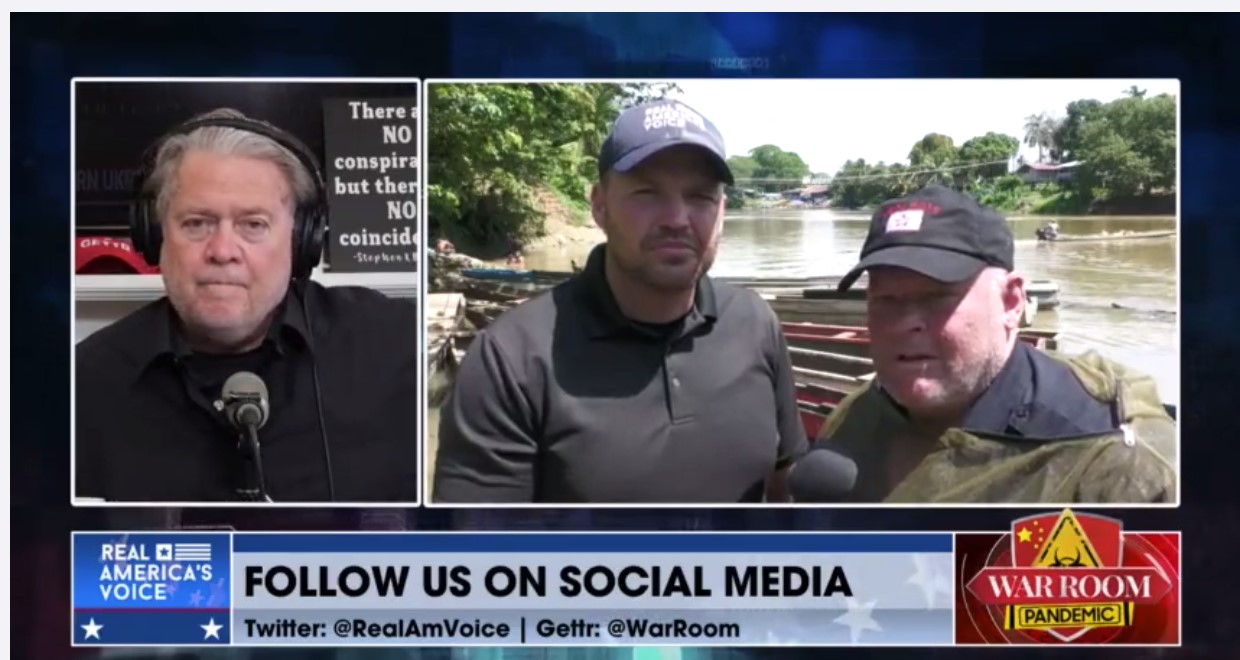 Ben Bergquam and Michael Yon were in Yaviza, Panama, on the scene to talk live to Steve Bannon in the War Room and tell the audience about the details of the rapidly unfolding crisis of a massive human migration that is heading into the United States.

The people Bergquam and Yon saw in the Darrien Gap were making the journey to the United States from around the world.

Ben talked to people from Afghanistan, telling Bergquam they had to come because Biden had left people to die. Other men told him they were from Pakistan and Venezuela.

Bannon talked about Yon’s discovery of the concept of “Controlled Flow,” which is very important for people to understand, as the approach Biden’s administration is taking on covering up the crisis that we are seeing.

Bergquam said that it all looks coordinated.

“Rather than slowing down immigration- they are speeding up, so people don’t notice it as much,” Bergquam told Bannon.

Some people feel that Panama is to blame for the quickening of the process. Bergquam and Yon agreed with each other that it was the Biden administration who had been in the exact area recently, who asked Panama to speed up the process.

Yon added details from his months of living in the jungle in the area and talked about the evidence he had that migrants were making a typical two-week journey in 48 hours now- as evidenced by someone he made contact with who was making the trek and was willing to communicate with Yon. Yon said the quickness and smoothness of travel is a result of the “controlled flow” or speeding up of getting people to the border.

“We – the United States-are creating the pressure for people to come through Panama. Attacking Panama plays into the hands of the CCP because they want control of this area,” Yon told Bannon.