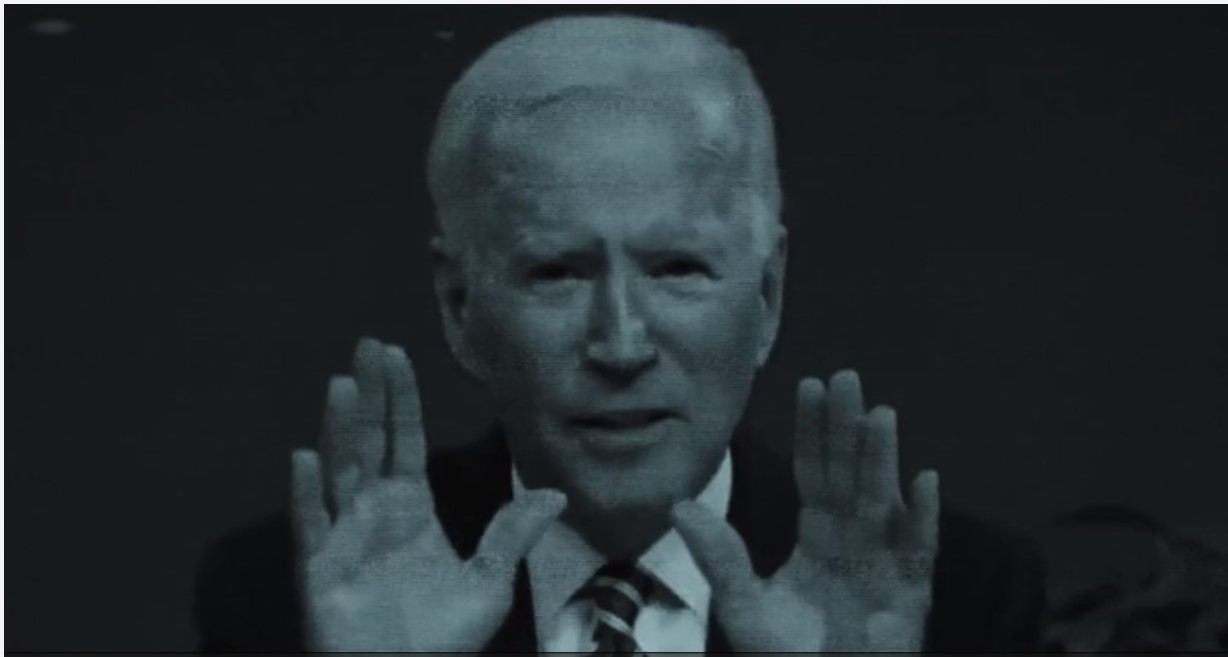 Reviews are coming already for “2000” Mules, Bernard Kerik wrote, “In 11/12 2020, President Trump, ⁦@RudyGiuliani⁩, ⁦and I and so many others knew this. ⁦@DineshDSouza  finished the investigation we started, and the one that AG Bill Barr conveniently refused to conduct.”

President Donald J. Trump on Saturday evening played the trailer of the forthcoming explosive documentary “2000 Mules”, by filmmaker and pundit- Dinesh DSouza, which reveals a wide scale ballot trafficking network of ballot harvesters across several swing states. Trump played the trailer at the rally in Ohio.

The documentary, the product of a years-long investigation by election integrity group True The Vote and produced by conservative filmmaker Dinesh D’Souza, has been long-awaited and is chock full of surveillance footage showing specific instances of people taking multiple ballots to drop boxes and making trips to several boxes around their states. The investigation has been anticipated since Breitbart News first revealed it last summer, and Trump has been hyping it for some time now in statements and commentary.

The trailer opens with a panel of Salem Radio Network hosts split on what happened in the 2020 election. Salem Media Group worked with D’Souza and True The Vote on the film, and the panel—which includes Turning Point USA’s Charlie Kirk and radio hosts Dennis Prager, Larry Elder, Eric Metaxas, and Dr. Sebastian Gorka—opens with them discussing how they, before viewing this evidence, were not sure what exactly happened in the 2020 election and were awaiting more evidence.

D’Souza released the trailer on his Twitter and Rumble accounts Saturday:

Here’s the official trailer for “2000 Mules.” It’s the movie we’ve all been waiting for. Please share! And go to https://t.co/GXmj2z4z0k to buy your ticket to see the movie in its premiere weekhttps://t.co/AcnjcyPDls

Then the film cuts to True The Vote’s Catherine Engelbrecht who tells D’Souza, “We have been working on something big.”
“I’ve been working with Gregg Phillips,” Engelbrecht says. “He has a deep background in election intelligence.”

On screen, voters see Engelbrecht and Phillips breaking down the data and information that they have collected. “True The Vote has the largest store of election intelligence for the 2020 elections in the world,” Phillips says. “No one has more data than we do.”

“We identified in Atlanta 242 mules that went to an average of 24 drop boxes,” Phillips says. “In Philadelphia alone, we’ve identified more than 1,100 mules.”

When D’Souza asked Engelbrecht to define a “mule,” she replies by saying they are a “person picking up ballots and running them to the drop boxes.”

“This is not grandma out walking her dog,” Phillips says. “Bad backgrounds, bad reputations. They are interested in one thing: That’s money.”

“In no shape, in no way, in no time is that legal,” Engelbrecht adds.

“This is organized crime,” Phillips says.

D’Souza asks them next if they have “video evidence,” to which Phillips replies True The Vote has obtained “four million minutes of surveillance video around the country.”

As Phillips says this, some select clips of drop boxes in various places show different individuals shoving what appear to be multiple ballots into them.

After that, the trailer cuts back to the Salem hosts panel, where Engelbrecht is now briefing them on the findings of the True The Vote investigation. She plays a clip of one person she says traveled in one night alone to six different counties and more than 20 drop boxes, dropping ballots off at each of them. All of it is on camera, on surveillance video.

“It’s not a leap to say this would have made a difference” in the outcome of the election, Phillips says after D’Souza posits whether the margins could have been affected by this activity.

Upcoming on May 4, Trump will host a premiere at his luxurious Palm Beach resort Mar-a-Lago in south Florida. Also, on May 7, there will be a virtual premiere where up to a quarter million can purchase tickets to watch across the country. The film will hit select theaters on May 2 and more information on it is available 2000mules.com or TrueTheVote.org.