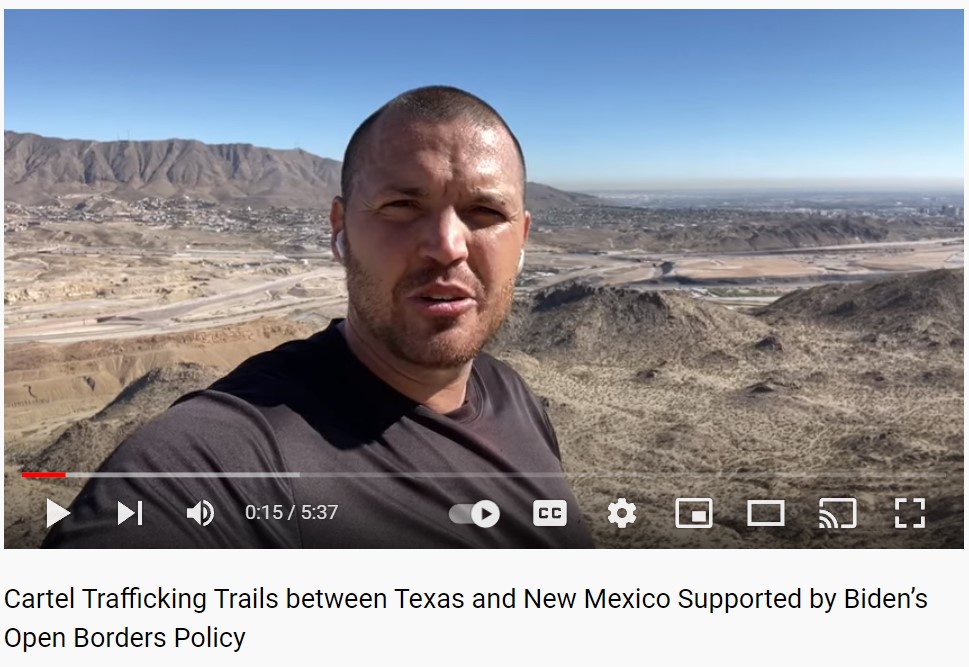 Bergquam, the founder of Frontline America and a reporter for Real Americas Voice, has been on both sides of the Southern border for much of the past year working with local journalists and networks to expose the fundamental criminal financial foundations of the border crisis.

In the following video, Berquam spells out precisely what leftist Non-Government Organizations (NGOs) like Catholic Charities and others have been doing to enable border crimes like human trafficking and drug smuggling.

Ben talks about precisely what the Democrat administration in DC has done to exploit Biden’s open border policies.”

“Biden is aiding the enemy and allowing these unlawful acts to happen,” Bergqaum said into the video.  “Asylums are being pushed by the NGOs  that are helping the cartels,” he said as he pointed out the trails, off in the distance, that the cartels use to make it into the United States of America.”

“It happens all day and all night long.  All of these drugs.  We have boys and girls who are sold into the sex trade, who are being hidden in those houses,” he said.

“Joe Biden and leftist NGOs are aiding and abetting the cartels in their drug and human trafficking! Mt. Cristo Rey New Mexico. El Paso Texa”,” Bergquam reported” “America needs to know this.  We are the real news.””