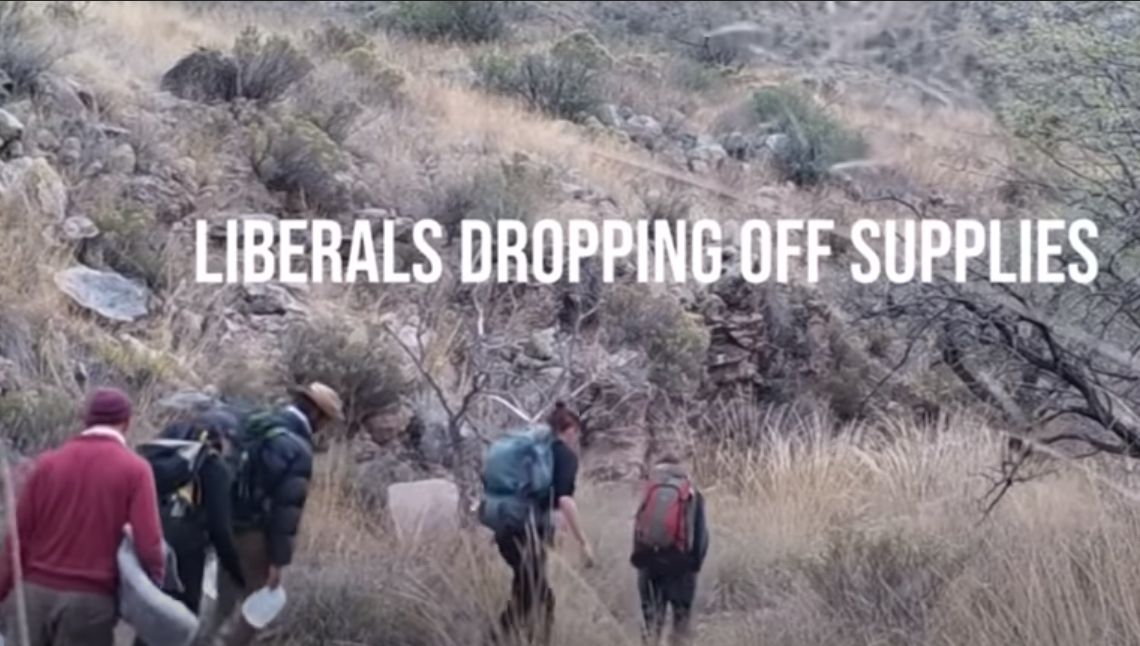 Ben Bergquam is the founder of Front line America and an investigative reporter for Real America’s Voice who has been filming documentary evidence along the Southern Border between the United States and Mexico of a human Crisis for America.

Bergquam’s investigations with area law enforcement prove that Democrat Joe Biden administration and far-left non-profit groups who are literally helping drug cartels on their path to cross into America illegally are creating a terrible problem for the United States and Mexico.

Watch as Bergquam traces water drops straight from leftist groups into the hands of drug smuggling cartels who are crossing our, now, open borders illegally.

“They are putting the water into the Cartel Scout areas. This water is supporting modern day slavery,” Bergquam said.

In a previous video, Bergquam showed a small storefront covered with “Resist” signs where people dropped off bottles of war and provisions for volunteers to take into the desert. WATCH HERE