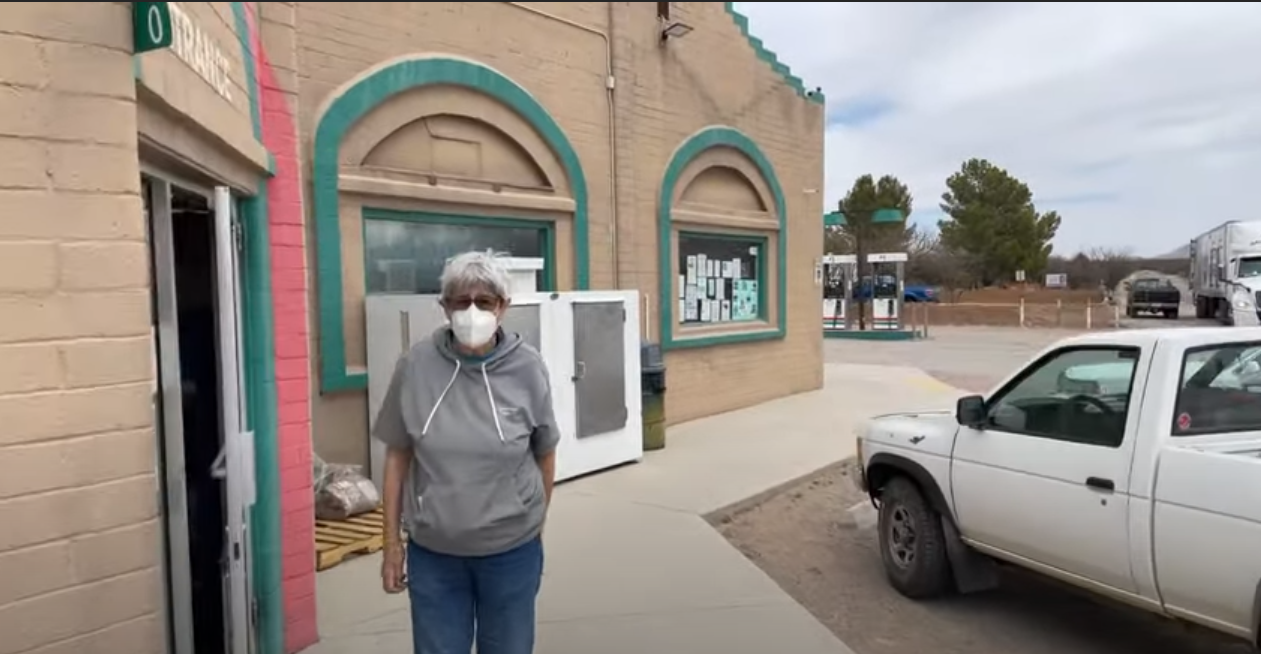 Ben Bergquam is on the Sothern border between the United States and Mexico, investigating the disastrous open border policies of enabling human trafficking and drug-running into the United States. In this video, he shows live footage of what he callsthe “Belly of the Beast” for drug smuggling over the border and shows us who is helping the criminal enterprise.

This area has been taken over by radical leftists and the cartel based on the amount of traffic by people running drugs and doing sex trafficking,” Berqguam said while showing a small business where people drop off provisions to give to the Cartel while they are helping illegals pass over the US border.

Walking the street that is the tiny town, Bergquam shows what a desolate area it is, with just a few little tiny businesses.

“Resist, says a sign in the window of the business. This is where people bring supplies to give out as water drops in the desert. All of the leftist organizations are connected and this is a leftist business, who are apart of other leftists groups that bring people into the country. They are directing Biden and Harris who are making the policies of open borders,” he said.

Bergquam shows a business that has a sign on the door telling Patriots groups that they can not enter.

“We passed a car that has a sticker on it that says Good Shepherd Lutheran Church who is placing food and water and supplies out for the people who are crossing illegibly. They must know they are aiding and abetting the illegals. They would have to know, right? Is someone telling them what they are doing is good?” he asks.

Discussion from the believe stream is about the people who are in the are enabling the narco-town, whether what they are doing is treason.

As Bergquam is talking a Black Toyota with a Samaritan’s magnet passes, and he stops to ask the woman exiting the car.

“Ma’am, do you know that what you are doing is aiding and abetting the cartel?” he asks.

The woman stops, looks at him and walks away.

What do you think that means?