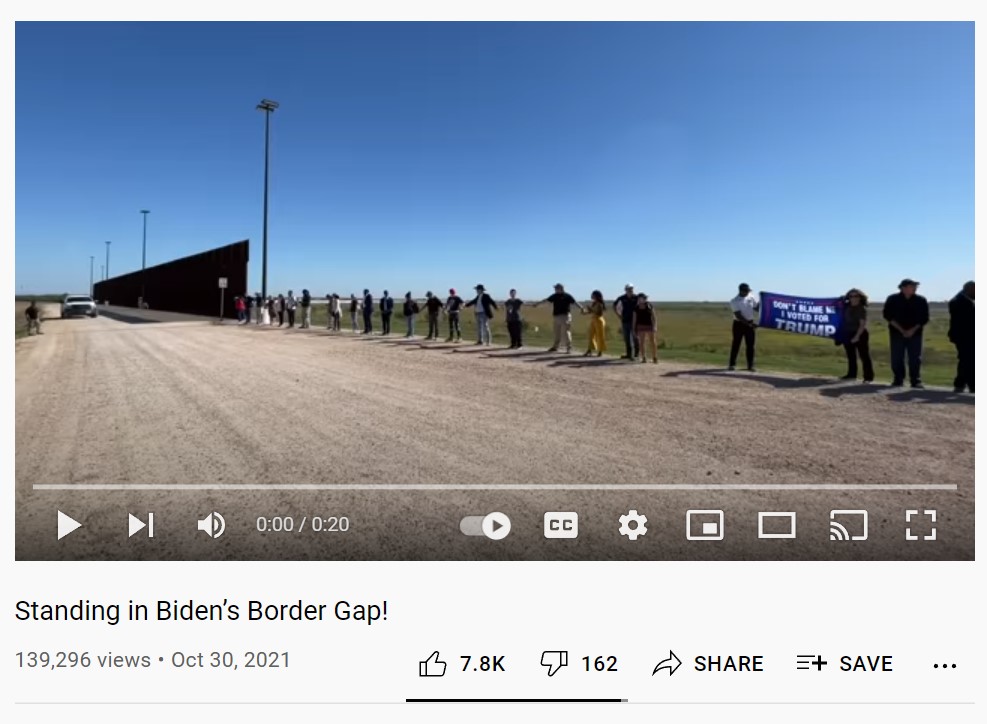 Ben Bergquam, a reporter for Real Americas Voice, the founder of Frontline America, and a frequent guest on The War Room Pandemic Podcast with Steve Bannon made the news that went viral over the weekend.

Bergquam’s courageous reporting from the Southern Border of the United States is imperative for understanding the Border crisis threats that American’s face.

This video shows that Democrat Joe Biden has left America vulnerable, and Americans are standing in the gap. Bergquam’s reporting exposes the information that Americans really need to see and hear about, to comprehend the complexity of what the Biden administration is doing to both the United States and Mexico- that harms people in both countries.

“Veterans for America First, patriots, and conservative candidates from across America stand in the gap that Joe Biden and anti-American left have created at the border! Biden’s border invasion must stop! Stand up America!” Bergquam said, describing the viral video below.

Please share this video and support Bergquam and his journalism. Follow him on GETTR and Twitter @BenBergquam and on Youtube at Frontline America for the most outstanding news coverage of the border and the news you really need to know about.