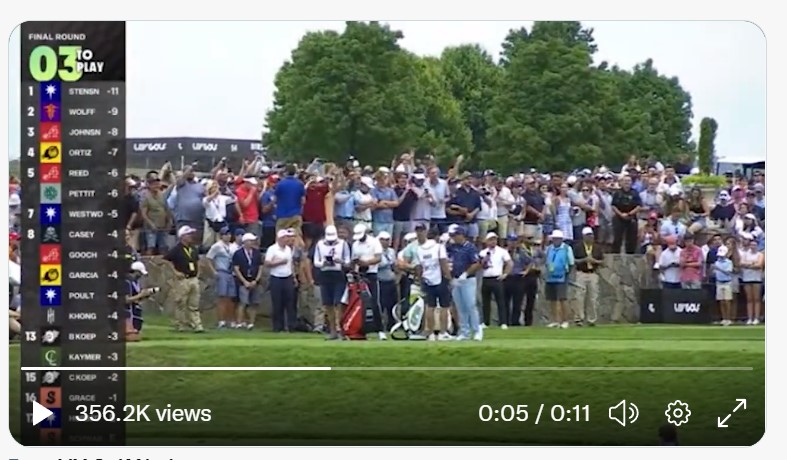 It is a lasting phrase that people know means great disrespect for and dissatisfaction with -Democrat Joe Biden and his highly unpopular administration, and Americans are not done yelling “Let’s Go Brandon,” as we can hear from Saturday’s spectacle of golf at the Trump Bedminister tournament.

WATCH AS FANS GET ROWDY:

“What a week,” Grace said after finishing at 13 under. “Played flawless golf. Played really well and when I needed to do something special, it came up. Managed to pull it off. What a great day. This is amazing—come out here, the new format, this new everything is amazing.”

It is by far the largest payday of Grace’s career; the previous high for the 34-year-old was a little more than $1.1 million, which he won at the Nedbank Challenge in 2017. Grace’s career earnings on the PGA Tour are just over $12 million; through two LIV events, given his third-place finish at the first LIV event and the money won from team competitions, Grace has earned $6.6 million—to say nothing of whatever guaranteed money he received for signing his contract.”

Trump loves to have fun with great golfers: