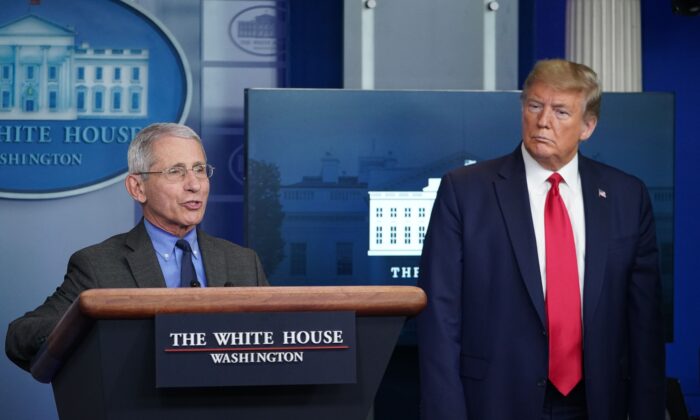 The lapdog media coverage of the war in Ukraine is supposed to make people forget about what DC- led by Anthony Fauci- did to Americans with their insane pandemic restrictions on the world.  One Texas member of the US House, Rep. Chip Roy (R-TX)  is calling the left out and he has his sites set on stopping the Tyrannical overthrow of the US Republic- from the inside.

Roy appeared on Fox New Tucker Carlson’s show recently – and the left is exposing their deceitful tactics while freaking out about the appearance.

On the show- Roy promised to hold the disappeared Fauci accountable when GOP takes control post-midterms.

ROY: The simple reality as we are looking at what’s happening in Ukraine and our hearts go out and we’re trying to help … people who are dealing with the ravages of what Putin is doing to those people. The fact of the matter is we’re looking at that and we’re talking about war crimes, I want to talk about the crimes against humanity that has been perpetrated by Anthony Fauci, the CDC, and the federal government against the American people.

The Marxist left is very unhappy about it, according to Wonkette News:

Roy’s smearing the entire federal government. Perhaps he’s unaware that he’s technically a member of the federal government’s legislative branch. Roy claimed without evidence that Dr. Fauci’s minions “want to sweep the facts under the rug” regarding the number of people who’ve died from COVID-19. Republicans have suggested that the death toll is actually lower than reported. This sounds like the desperate defense of a mass murderer demanding that the court count again because they couldn’t have slaughtered that many people. The supposed “crimes against humanity” include people who’ve had adverse reactions to the COVID-19 vaccine, a statistically small number, despite all the anti-vax fearmongering. Roy also poured one out for the fools who willingly lost their jobs because they wouldn’t take a free and safe vaccine. He implied kids are dumber now because of wearing masks in school. This is what Roy compares to Russian bombs killing Ukrainian civilians.

“When are we going to have accountability for Anthony Fauci?” Roy asked, later pledging to “get some answers” should Republicans win back Congress in the 2022 midterms. “He is missing right now for one reason and one reason only: the Democrats are looking at the polls.”Dr. Fauci isn’t an elected official. Despite whatever guidance he and the CDC provide, he can’t enforce vaccine or mask mandates. He can’t personally decide to close schools, but Republicans are making him a scapegoat for their own choices in 2020. The most severe COVID-19 lockdowns occurred during while Donald Trump was still president. Schools and business fully reopened during President Joe Biden’s first year in office. That’s reality.

Roy has said that if the Republicans take the House in 2022 – there is going to be a lot of oversight into what Fauci did- and the left will have lots of time to freak out then.

A Jan 2022 Press Release from his office shows fighting Tyranny was on Roy’s mind:

January 13, 2022 In The News WASHINGTON— On Wednesday, Rep. Chip Roy (TX-21) joined Tucker Carlson on Fox News to discuss why Congress must stop funding federal bureaucrats to exercise tyranny over the American people. Full clip of the interview is available here and some key quotes are below:

A 2021 Daily Mail article shows that this is a pattern for Rep. Roy:

Chip Roy demands CRIMINAL investigation into Anthony Fauci as GOP uses newly released email trove to step up attacks on President Biden’s top coronavirus adviser
Tucker Carlson this week floated the idea of a criminal investigation into the federal government’s top coronavirus adviser
The idea has been echoed by Rep. Chip Roy who said: ‘We’ll go follow the truth wherever it may lead and if that’s criminal investigations, so be it’
Republicans stepped up their attacks after the release of thousands of emails sent to and from Fauci
They claim the emails show Fauci misled the public about the origins of COVID-19 and his role in it
But Fauci has insisted his words have been taken out of context
He dismissed the attacks as ‘nonsense’ and anti-science