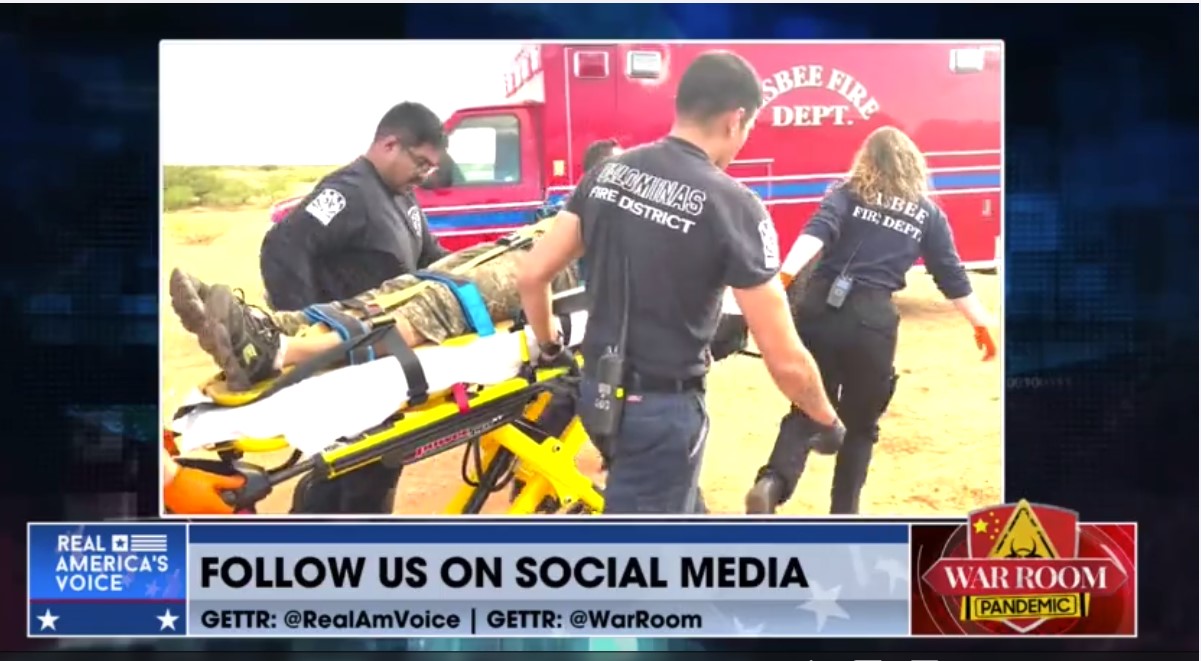 Ben Bergquam was on the War Room Show recently with Steve Bannon reporting about a recent interview he did while riding along with the Cochise County Sheriff, that turned into a shocking reminder of the dangers of Joe Biden’s border crisis.

Bergquam is the host of Law and Border on Real America’s Voice and was on assignment when he witnessed a tragic reminder of the lack of care migrants get at the hands of the Drug Cartels they pay to help them cross into the United States of America.

“I was on a ranch with a Rancher named John Lad. We were helping him get one of his cattle out of the mud stuck in the ground. What do you see in that footage si so wild and it shows what these guys have to go through on a day-to-day basis, going from calls for service- like the cattle to calls for illegal aliens with terrible crimes and the deaths,” Bergquam told Bannon, setting up the shocking footage he was about to show.

“There were five illegal aliens; they flagged down one of the ranch hands. I showed up there and witnessed a one of these illegal aliens dying of heat exhaustion and dehydration. I don’t know his current condition, but the point of the story is to all of the leftists that are pushing for open border,” Bergquam said, reminding the audiences about who supports Biden at this point, in his disastrous border policies.

“John Lad said there had been 16 deaths on his Ranch alone, and that is proof that open border policies kill people, not just American citizens, but they kill the illegal aliens that they left the start pretending to care about,” Bergquam said talking about the cost people pay to Mexican drug cartels to cross, which has been reported as $6,000 per person.

“We’ve had 16 dead bodies on the ranch that I know about in the last one was about three weeks ago, that was 16 and the left says that their policies are compassionate. This is why then human trafficking is much more profitable than drug trafficking. That is just a tragedy. Do we know anything about the status of that individual? Was he actually saved?” Bannon asked.

⚠️Viewer discretion. This is what Democrat open borders policies actually do! Today while riding with Cochise Sheriff Deputy Jacob Kartchner outside of Naco, AZ on Ladd Ranch…

“I don’t know yet, I reached back out to the sheriff’s, they’re looking into it today. He’s going to let me know as soon as he knows for sure. I was praying with them yesterday. And again, you know, I don’t fault the people that are trying to come over here. We’ve invited them, we’ve incentivized them. And it’s every life is precious,” Bergquam said.