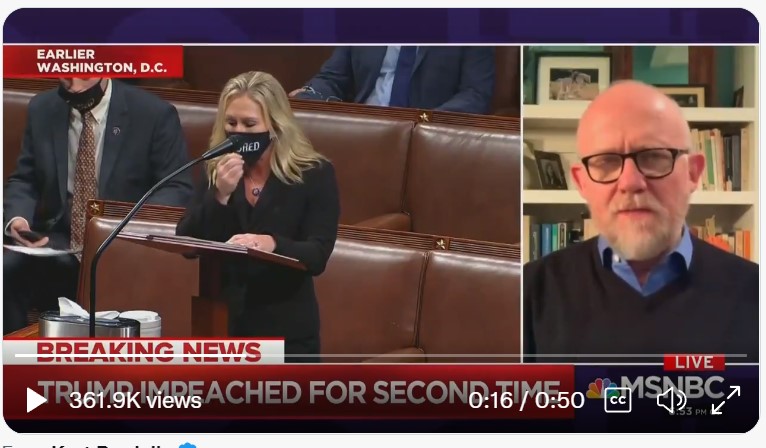 Failed political strategist and Never Trumper, Rick Wilson is the sweetheart of the Administrative State, and he is at war with Conservatives- especially  Conservative women.

On Tuesday, Wilson, who claims to be a Republican, yet who supports radical far-left Democrat Joe Biden, verbally attacked Melania Trump, former First Lady, in a sleazy show of how nasty and melodramatic he becomes when facing defeat.

Wilson’s abusive pattern of behavior, while making the most outrageous and defamatory claims about Conservative women- shows his lack of debate skills, if nothing more.

In a smackdown aimed at Wilson’s association with The Lincoln Project- a group of people under fire from victims who alleged abusive relationships between young male interns and male leadership- Jon Miller reposted Wilson’s original taunt to Trump.

Miller reported Wilson posting that Trump would be turning to “Only Fans” in response to Trump’s charitable auction of her personal items- a very catty comment, something Wilson is known for hurling at Republicans who support President Donald J. Trump.

Wilson also went on the attack in support of censoring Republican Marjorie Taylor Greene, after she was removed from Twitter ahead of the 2022 midterms- something any fair-minded person has rejected as being purely nasty politics.

Calling her a “cucko” and then sounding as if he was about to start crying, Wilson went into hysterics to describe why he thinks Republicans are wrong.

Apparently, Wilson doesn’t understand the people he hates so much represent the majority of Americans, unlike him who represents the utopia of the establishment in Washington DC.

Listen to Wilson whine, and complain in the cattiest way, and swear and curse at the idea of people electing Conservatives. Then, Wilson goes on MSNBC and has nothing of substance to say about a member of the US House being de-platformed on social media.

Most likely because Greene had a massive fundraising haul in 2021 that Wilson is desperate to stop from happening again, truth be told.

What Wilson is really reacting to, no doubt is that he bet on a losing candidate again, and his ability to analyze and predict the actions of the American people has been shown as completely backward- if he was ever really trying to do anything other than run propaganda for the administrative state.

And it is not the first time Wilson has sounded like a teenage girl getting her keys taken away from her- either. Wilson has been putting his reputation on the line for a long time, in support of the furthest left ideology- as a determined propagandist for the status quo in Washington DC.

In 2016 Wilson, who was working at the time for the Republican party, was compelled blindsided by the popularity of candidate Trump.

And since his last humiliating defeat- Wilson has been on every leftist platform imaginable pushing his love of Democrats like Joe Biden, who is facing historic defeat and humiliation in sinking poll numbers.

Wilson hitched his star to the wrong wagon- and now he is crying about it. That is what little girls do, Rick.  Soldier up dude. You chose your side of the bed.  Now lie in it.