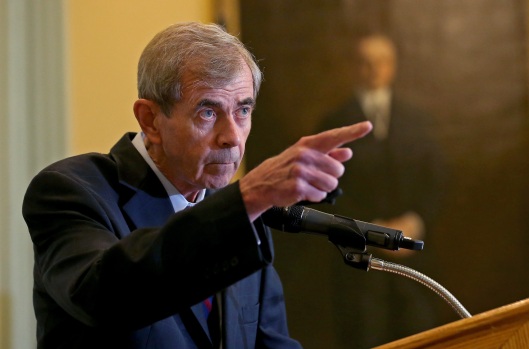 January 6th is shaping up to be a powerful tool for Democrats to use to bludgeon their political opponents, and they appear ready to exploit everything they have access to using to hurt and dismay Americans. Even after two years of constant turmoil over COVID, Democrats are prepared to sting Americans again.

“We are having a vigil tonight at the Old North Church, the night before Jan. 6th, to pray and protect the families of election workers who have gotten threats.  It is part of our plan to protect Democracy,” was the official statement I got from the Massachusetts Secretary of State office.

A Candian Preist is opening the church he is in charge of protecting and leading -so a Democrat Secretary of State, who is also the chairman of the MA Historical Commission,  can exploit his position of government authority to spin an agenda of victimhood about the events of Jan. 6th.

He will be doing this from an American landmark- Boston’s Old North Church- an American historical monument, thereby mocking and defaming supporters of President Donald J. Trump.

Their curious warning is “Two If By Sea”, according to one other media report.

“We use the office of Secretary of State, combined with our access to historic landmarks and museums to promote Democracy,” Debra O’Malley, Press Secretary for the MA Secretary of State told me. “We have another exhibit opening today about how our state was a part of defending Democracy. We archive periods of turmoil for Democracy,” she told me on Wednesday.

“Are you are a reporter? Reporters don’t call up here and insert their personal opinions,” O’Malley quipped back.

When asked if the Secretary of State believed that the American Revolution was fought to protect Democracy,  O’Malley freaked out and started talking about how America is the Democratic Republic and got very hostile.

Key Point: When calling to confirm this story of a vigil from Old North Church, the Press Secretary for the MA Secretary of State,  Debra O’Malley, lost her mind on me and hung up on me- saying I was not a legitimate reporter.

“I am a Daughter of the American Revolution and I believe this story is of public interest.  I will send you a link to the article after I post it,” I told her. ” One if by land and two if by sea, right? Are you warning America about an attack by sea?” I asked.

“Real reporters don’t have a Gmail account, you are not legitimate- I am going to hang up now,” she said, and hung up on me.

WHAT IS GOING ON?

Together the two public officials will host a bizarre observance of the events of Jan. 6th, while praying for the protection of the “election workers who counted votes”.

And if this doesn’t seem completely bizarre- consider a team of people will light two lanterns in the historic steps of Paul Revere- apparently to signal that we will be having an attack by sea.

At least that is what a media report appears to be telling us.

WCVB reported on Tuesday about an upcoming event to mark the one-year anniversary of Jan. 6th.

Recalling the famous Old North Church lantern display warning colonists of a British attack at the start of the Revolutionary War, lanterns will shine Wednesday as a solemn remembrance of last year’s attack on the Capitol.

Secretary of State William Galvin will visit Boston’s North End on the evening of Jan. 5 for a ceremonial lighting of the lanterns at the Old North Church, marking the eve of the attack on vote counting that took place at the U.S. Capitol on Jan. 6, 2021.

The ceremony will take place at 5 p.m. in the Prado outside the church, which is located at 193 Salem St.

Galvin will be joined by Vicar Matthew Cadwell and a bipartisan group of local election officials to mark the anniversary of the attack.

The lanterns will be “lit in a call for action to protect the administration of elections and those charged with counting votes,” Galvin’s office said.

The Old North Church is a National Historic Site and the location of the famed “one if by land, two if by sea” signal from Paul Revere to warn of a coming attack by British troops at the start of the Revolutionary War.

According to his LinkedIn page. Matthew Cadwell has held the position of VIcar of the Old North Church for a little over one year and his experience comes from Swedish and Canadian Schools. It is unclear if Cadwell has a grasp of American history,

Calls to the Secretary of State office, to confirm details of the story were met with massive hostility, and the press secretary hung up on me.

What is really rather odd is that Caldwell appears to be mimicking a group of patriots, who have spent the last two months in an introspective tour of the country unifying Americans with prayer, the love of history, while in fellowship with one another.

I wrote about it here:

My investigations show that while one group of people lead with class and concern for the country, Democrats exploit everything they can get their hands on, to promote cultural Marxism- and their personal agenda.

OH!  And they are really bad at American history.