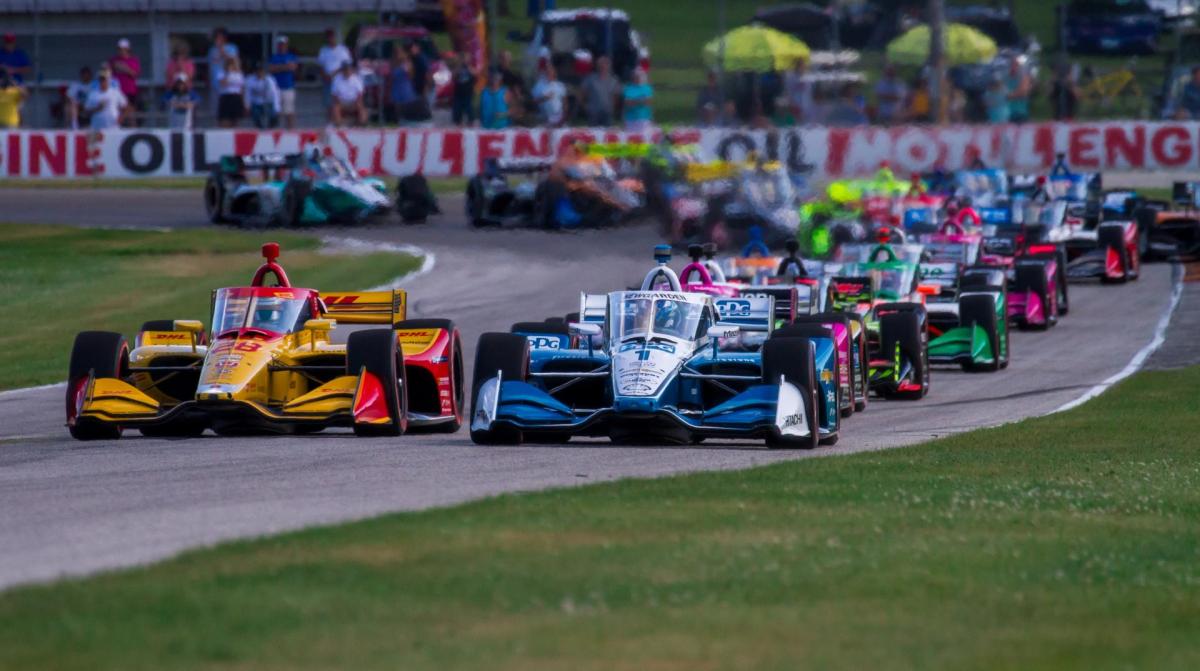 IndyCar points leader, 31-year-old Josef Newgarden, has his dream of winning the Indianapolis 500 on his mind- after winning his second race in the 2022 racing season.  Newgarden has two 2022 wins in the books, one on an oval and one on a road course.

“I had a lot of nerves today, but I did not want to give it up.  Winning here makes me feel like a real IndyCar driver.  That is what makes IndyCar special,” Newgarden said about LongBeach- a road course- talking about the difference between different styles of tracks.

Sunday was his 22nd career win. Newgarden is now tied with the career of Emerson Fittipaldi, and he delivered the 601st victory for Penske Racing.

However, even after ten appearances, Newgarden has yet to win an Indy 500, and that seems to be an itch that Newgarden wants to scratch.

In his post-race interview, after winning the Long Beach Grand Prix on Sunday, Newgarden talked about his goals for the world’s fastest and most diverse racing series, IndyCar.

“I want that Borg-Warner trophy. It just has not clicked yet.  I would love to do that for our team.  It is so special. I fight the same fight every year- that is all I can do.  I hope this is our year,” he told the media.

“I’m focused on the 500. I can’t do more than what I’ve done in the past; I can tell you that,” Newgarden said. “You can go your whole career and not win the Indy 500, and I accept that if that’s the case. But I’m not going to go down without a fight.”

Newgarden, fresh off of his first career Long Beach Grand Prix victory on Sunday, kept Team Penske a perfect 3-0 to start the season.

“We need to go to the next level. So far, that is happening and I feel the build-up, but this is early in the season and I don’t want to get ahead of ourselves, but I feel good, ” he said about his chances to win the Indy 500 and the championship.

Teammate Scott McLaughlin won the season opener.  Then, Texas and Long Beach, races 2 and 3, made it two straight wins by Newgarden, the two-time IndyCar champion who is 0-for-10 in the Indianapolis 500.

In a post-interview, Newgarden, who is expecting his first child very soon,  talked about his thoughts and dreams:

“I have a lot on my mind, and I have a lot going on my life, but that is when we do pretty well. This place [LongBeach]  is a hard nut to crack, there is a lot of pressure – like the Indy 500- it does mean more than some other tracks. I was glad to get it done for the team. We were fighting against a deficit with tires- and this was not an easy race to win. It would be cool to have the Million dollars.  I would split our money with wags and walks, in Tennesse- if I won.   The thing that sets IndyCar apart is the diversity of the tracks.  I love that in IndyCar we have to be good at all of these skill sets. It gets me satisfaction,” he said.

Even though the Indy 500 is off in the distance on his mind, Newgarden said he wanted to focus on the individual races and build morale with his team.

“I like to focus on one race at a time. I don’t take fuel in like if someone says I am not good. I am a very pragmatic person.  It is what it is.  I just focus on what we can control and stay level.  I know what is going on- on the inside, I thought it was funny how people were down on us. Sometimes, as Penske racing, we get held to a higher standard, and Andretti is a formidable competitor.  It is going to ebb and flow.  Our different packages are suited for differing courses.  They are very fast,” Newgarden said, talking about the realities of his competitors.

One thing that Newgarden was honest about is that the other drivers are not easy for him to beat.

“We have a long way to go and it is my job to motivate the team and keep us all on the right track, I feel very positive about what his happening,” he said. “But you never know what is going to happen in IndyCar.”

Here are the points so far: