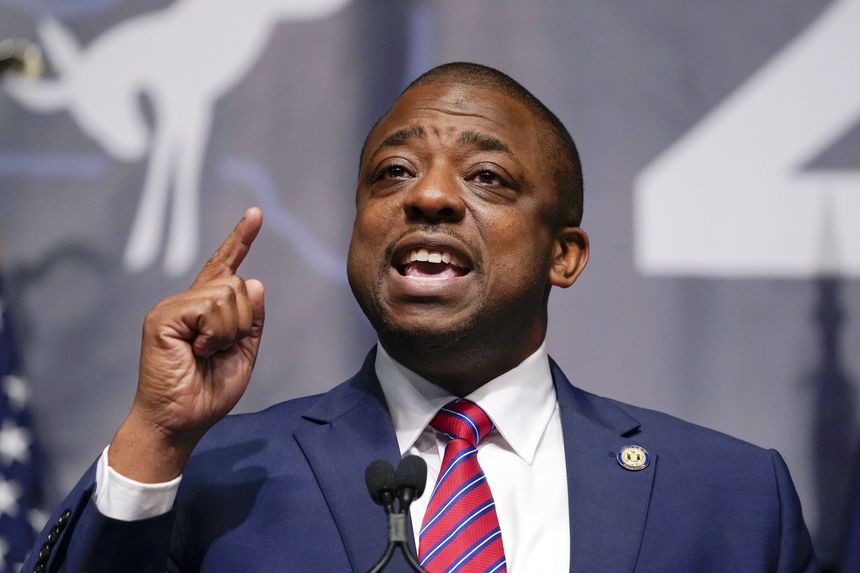 New York Lt. Gov. Brian Benjamin has been charged with allegedly participating in a scheme that saw the Democrat get campaign contributions in exchange for wielding his official authority to get money for a nonprofit, and he has been arrested and detained.

US Atty says $50,000 grant to a nonprofit organization is at the heart of accusations of corruption against Lt. Gov. Benjamin was never distributed.

Benjamin “abused his authority as a New York State senator, engaging in a bribery scheme using public funds for his own corrupt purposes,” according to an indictment that was set to be unsealed on April 12.

Benjamin was a state senator until Sept. 9, 2021, when he was appointed by new New York Gov. Kathy Hochul.

According to the charging documents, Benjamin repeatedly met with a person dubbed “CC-1” after they met in or about 2017. The person owned a real estate development business based in Harlem, a neighborhood in New York City, and was linked with a nonprofit working with public schools.

The business owner provided financial support for events promoted by Benjamin or his Senate office and contributed to Benjamin’s political campaign, authorities said. Benjamin, in turn, attended events connected to the person and the nonprofit.

At one point, Benjamin funneled $50,000 that he was told to allocate by New York Senate leadership to the nonprofit. He alerted the person in text messages.

About two weeks later, the person gave Benjamin a $10,000 cashier’s check, a $10,000 personal check, and a $5,000 check on behalf of a company the person controlled, according to the court filing.

In addition to bribery, Benjamin is accused of attempting to cover up the scheme by providing false information and committing wire fraud.

The governor’s office did not immediately respond to a request for comment.

Hochul and Benjamin are running for a full term in office on the same ticket.

The New York Times reported the breaking news on Tuesday:

“Brian A. Benjamin, New York’s No. 2 official to Gov. Kathy Hochul, was charged with bribery, fraud and falsification of records while a state senator.”

By early afternoon on Tuesday, the news was that Benjamin had surrendered to authorities to face campaign finance fraud-related charges in connection with a past campaign.

His arrest comes after reports that Manhattan federal prosecutors and the FBI were investigating whether Benjamin knowingly engaged in a campaign finance fraud scheme. Subpoenas were issued in connection with the investigation, two sources familiar with the subpoenas said at the time.

The investigators also looked into whether Benjamin helped dole out state money to contributors and/or their projects as part of the alleged fraud.

Benjamin was appointed lieutenant governor by Gov. Kathy Hochul in 2021, shortly after losing a primary bid for New York City comptroller. He previously served as the New York State Senator for District 30, which is made up of Harlem, East Harlem (El Barrio), the Upper West Side, Washington Heights, Hamilton Heights and Morningside Heights.