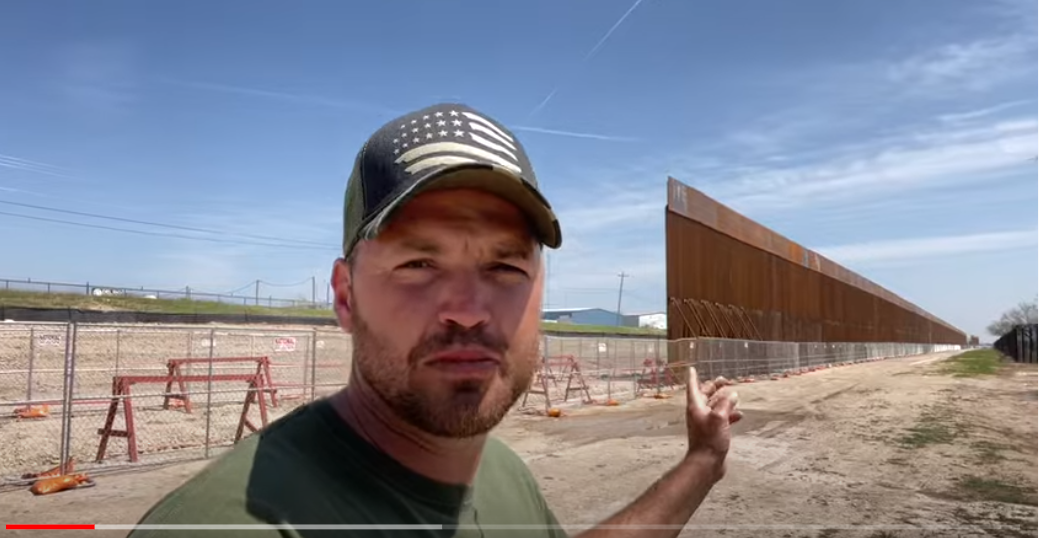 Ben Berquam, the founder of Frontline America was in Del Rio Texas on the Southern Border during his mission to bring live footage for real news about the humanitarian crisis there, to the American people.

“They burned your tax dollars. They paid money to take down an old wall, and then start to build a new wall. When Biden forced them to stop on the Trump wall, they put up the old wall again,” Bergquam said.

“If this doesn’t infuriate you I do not know what will. They burned your tax dollars, and now they had to put the old fence back up. But it can be pushed over. The Democrats didn’t let the workers finish the Trump-wall or even secure what is here. This is insane. They didn’t let them finish pouring the concrete,” he said.

“People in Eagle Pass are telling me that the big houses in Eagle Pass are leaving Mexico to come here and continue to run drugs and sex slaves across the border,” Bergquam, an investigative reporter for Real America’s Voice said.

“If this doesn’t wake you up, I don’t know what will. The Democrats are lying. The big chambers of commerce who want cheap labor are lying, this is a disaster and it is by design. President Trump’s policies worked and they don’t want you to see that,” Bergquam said.

More video on the old wall that is not effective, and the where the new wall was beginning to be constructed and under Democrat Joe Biden’s work stop order, had to be abandoned.