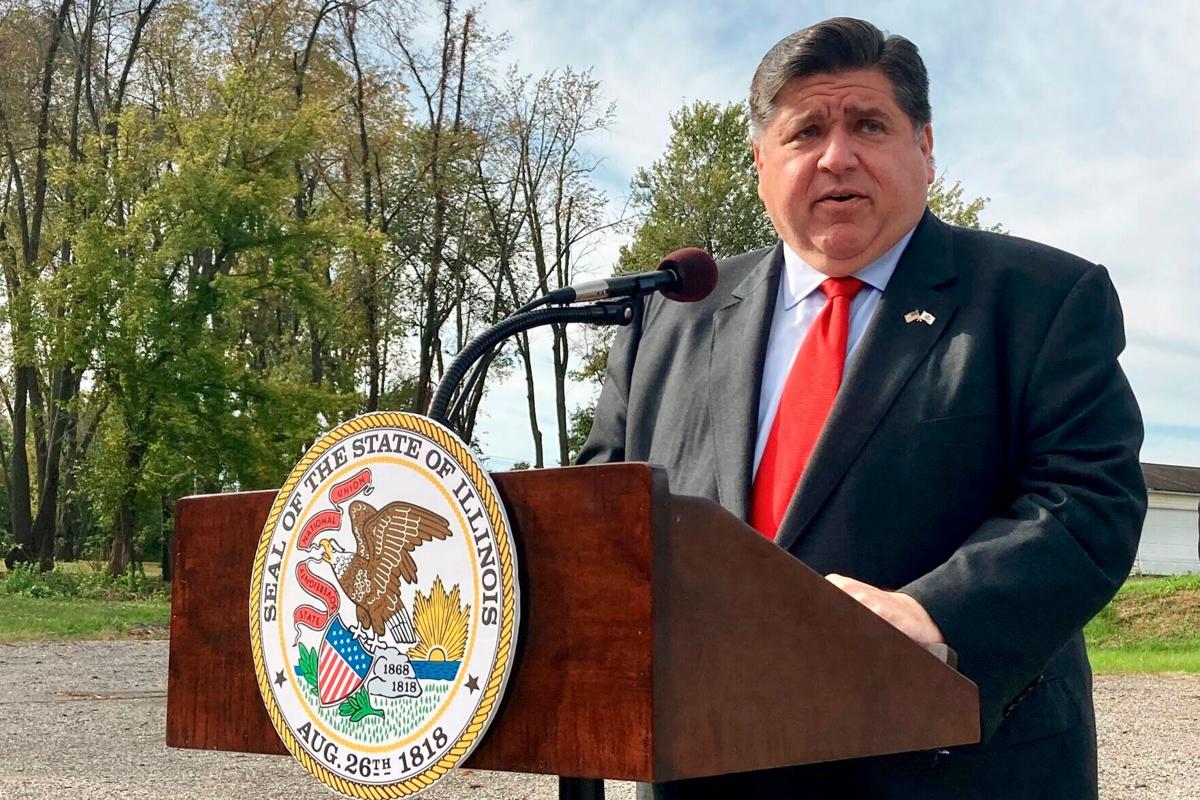 Even far Northern states are now being abused by the federal government as if they are just another little border town, and Democrats are to blame for all of the change to American life that is making people miserable.

“Illinois Gov. J.B. Pritzke, a Democrat, on Wednesday called up 75 members of the Illinois National Guard to help organize shelter, food and medical care for migrants arriving by bus from Texas,” according to the AP.

About 500 people seeking asylum in the United States have been transported from the border by Texas Gov. Greg Abbott since the end of last month. Thousands have also been shipped to New York City and Washington, D.C., Democratic-led cities serving as sanctuaries for immigrants.

“While other states may be treating these vulnerable families as pawns, here in Illinois, we are treating them as people,” Pritzker said at a Chicago news conference.

But Pritzker said Abbott is sending busloads of migrants in the U.S. legally seeking asylum, without notice and attempts to communicate with Texas officials go unheeded. Pritzker’s emergency declaration speeds up procurement of needed supplies and the National Guard will help provide services they need.

“We are now 11 buses deep, and we know from speaking with our counterparts in New York and D.C., this will not relent,” said Grace Hou, secretary of Human Services.

Pritzker said officials have asked Texas to send the buses to welcoming centers, which are equipped to hand such newcomers, but the buses arrive at Union Station downtown.

Pritzker on Wednesday issued an emergency disaster proclamation in response to several hundred foreign nationals being bused to the state from the southern border by Texas’ governor.

Here is the full release:

CHICAGO — Governor JB Pritzker today issued an emergency disaster proclamation and activated approximately 75 members of the Illinois National Guard to ensure all state resources are available to support asylum seekers arriving nearly daily to Chicago from the State of Texas. The proclamation enables the Illinois Emergency Management Agency (IEMA) and other state agencies, in close coordination with the City of Chicago, Cook County, and other local governments, to ensure the individuals and families receive the assistance they need. This includes transport, emergency shelter and housing, food, health screenings, medical assessments, treatments, and other necessary care and services

“Today, I signed a disaster proclamation allowing the state to speed up the procurement of the immediate resources needed to help Chicago, Cook County, and other jurisdictions provide humanitarian assistance to the asylum seekers who are being sent to our state with no official advance notice by the Governor of Texas,” said Governor JB Pritzker. “Let me be clear: while other states may be treating these vulnerable families as pawns, here in Illinois, we are treating them as people.”

The proclamation is necessary to ensure sufficient capacity to meet the needs of more than 500 asylum seekers who have arrived already, with more buses arriving nearly every day. The robust statewide response will include IEMA, the Illinois Department of Human Services (IDHS), and the Illinois Department of Public Health (IDPH). IEMA has also established a Unified Area Command in Chicago to quickly deploy resources to support the operations.

The groups of migrants arriving via Texas are residing in the United States legally, proceeding through the legal immigration and asylum seeking process. They are often fleeing dangerous and perilous situations, and mostly coming from Central and South America.

At the southern border, U.S. Customs and Border Patrol conducts biometric screenings – including facial and fingerprints – that are cross-checked against terrorist watch lists and criminal databases. New arrivals also undergo health screenings at the border as well as additional screenings once they reach Chicago.

Many of the families and individuals seeking asylum, who began arriving in Chicago on August 31, faced long and difficult journeys from their homes. Some require medical care, including pre-natal care for pregnant women; treatment for malnourishment, dehydration, and asthma in children; foot injury and wound care; vaccinations; and chronic health condition management. They are also in need of mental health assessments and care to begin to recover from the traumas experienced on their journey.

“Illinois is a welcoming beacon of hope for all who are seeking a home and stability here,” said Lt. Governor Juliana Stratton. “The asylum seekers arriving to our state deserve care, compassion, and dignity, because that is what any person pursuing a better life for themselves and their families would want. We will stand with them by continuing efforts to provide the care and services they need to move forward.”

To date, the State of Texas has been transporting asylum-seeking families and individuals to Illinois with no advance notice and with no coordination with the State of Illinois or the City of Chicago. The buses have been directed to drop their passengers at Union Station in Downtown Chicago despite requests from State and City officials that travelers be brought to Welcome Centers. Gov. Pritzker has repeatedly called on Texas to treat these asylum seekers with dignity, to open the lines of communication with his office, and to stop trying to manufacture chaos for political purposes.

“For weeks now, City, County and State leaders, in partnership with community organizations, have been on the frontlines to welcome migrants seeking sanctuary from traumatic situations in Venezuela and other Latin American countries,” said Chicago Mayor Lori E. Lightfoot. “That’s because we believe that no human being should be turned away during their most vulnerable time and should instead be welcomed with open arms and support. Today, I applaud Governor Pritzker and his team for putting a Declaration of a State of Emergency in place, which will bolster our efforts to ensure new migrants are received, provided with assistance and importantly, treated with dignity and respect.”

“We remain committed to assisting each individual and each family, bringing the unique services of Cook County Government and Cook County Health to support this work, doing so in strong partnership and collaboration with the City and State, putting the interests of individuals and families first to ensure their basic needs are met upon arrival,” said Cook County Board President Toni Preckwinkle. “Cook County Health has a nearly two century history of providing critical services and meaningful assistance to those most in need across all our communities. We are proud to be a safe and welcoming County for all who choose to visit or reside here.”

“No human being, especially those seeking asylum and fleeing dangerous situations, should be treated as a pawn during a time when they are at their most vulnerable,” said Sean R. McDermott, Mayor of the City of Countryside. “In Countryside, we were proud to welcome these families and individuals into our community, providing them with the safety, security, and services they deserve. I look forward to continuing to work with Governor Pritzker, Mayor Lori Lightfoot, and other local elected officials to ensure Illinois remains a welcoming state for all who need it.”

“These individuals and family members arriving in our state are people. They are us, they are our parents, they are our grand-parents or our great grandparents who were fleeing terror or violence and are seeking something better in our country. They find themselves as our neighbors, because in Texas some were told that Chicago was the only option. Within the blink of an eye, within moments – they are asked to make a life decision – and they do,” said Grace B. Hou, Secretary, Illinois Department of Human Services. “We, at IDHS, are naming our efforts – Welcoming with Dignity. Human Dignity is the least we can promise. We remain committed to welcoming every human being here in Illinois.”

“We know that many of these resilient asylum seekers have had difficult journeys to reach Chicago,” said Illinois Department of Public Health (IDPH) Director Dr. Sameer Vohra. “IDPH is working closely with our partners in Chicago, Cook County, and other local governments, as well as state agency partners, to ensure that asylum seekers both receive appropriate initial health care screening and access to important vaccinations and treatments. Our goal is to ensure that these individuals, children, and families receive the services they need to stay healthy.”

“We are coordinating with local and county emergency management officials who stand ready to provide assistance as we coordinate and support this complex operation,” said Alicia Tate-Nadeau, Director of the Illinois Emergency Management Agency (IEMA). “It is mission critical that we track any and all available resources and services for asylum seekers as they start a new life here in the U.S.