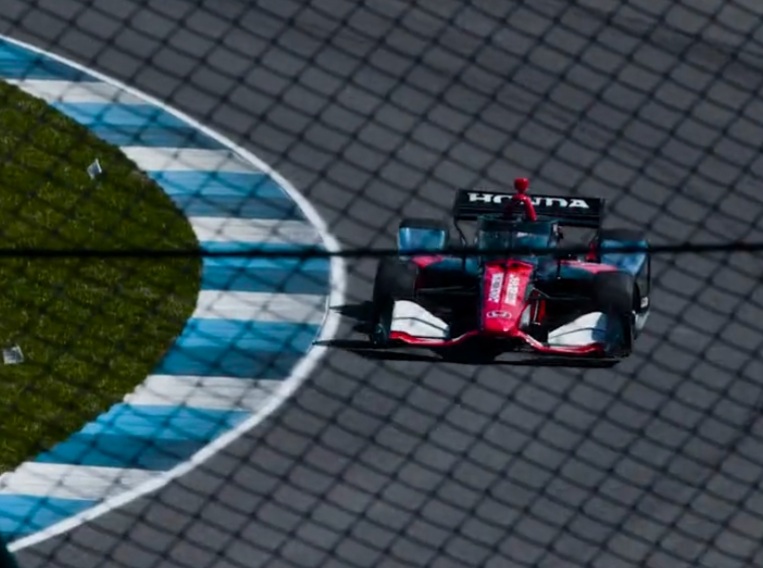 Experimenting with fuel for IndyCars has been going on since 1965, so it is not surprising for that tradition to continue in 2022.

While “green energy” is not anything exciting for most America-First conservatives to hear about- perhaps the idea of advanced biofuels as an “energy security, military flexibility, economic development” solution would at least be in the top 10 of good ideas for public policy to focus on- to us.

So just think about this with me. y’all.

Many Conservatives want homegrown energy solutions. I am thinking: Let’s bring energy production back home again. That sounds like it should be a moto or a song or something.

In a trial run, IndyCars were filled with E85 Bio-fuel for the first time at the Indianapolis Motor Speedway (IMS).  E85 is an alternative fuel.  It is not gasoline.

E85 is an abbreviation typically referring to an ethanol fuel blend of 85% ethanol fuel and 15% gasoline or other hydrocarbons by volume.

Conserving fuel is huge for racing.

Can you imagine if IndyCar goes Bio-Fuel? Those days may not be far off. Testing of new engine, that has a new sound- is in the books.  It happened on Monday.

Watch and listen, here is what Honda said:

New engine. New sound. Even more power. The all new 2.4-liter E85 bio-fueled @Honda engine has been developed fully in-house by the inspiring men and women at HPD in California to power @IndyCar into the future.

The all new 2.4-liter E85 bio-fueled @Honda engine has been developed fully in-house by the inspiring men and women at HPD in California to power @IndyCar into the future.#PoweredByHonda // #INDYCAR pic.twitter.com/68mgyh9yjR

More power? Do you hear the lower tone? It almost sounds like an orchestra!

Journalist and podcaster, Marshall Pruett posted some footage of the new bio-fuel engines at the Indianapolis Motor Speedway (IMS)- and the sound of the engine is noticeably different than other IndyCars.

First look at the new 2024 Chevy #IndyCar engine in action during testing at IMS. pic.twitter.com/FA37F8QymL

The Bio-Fuel car has a much lower tone:

And here's the new 2024 Honda #IndyCar engine turning its first laps at IMS. Should note the ambient is a frosty 36F/2C. pic.twitter.com/NSTg4OJsDV

Here are some stats about IndyCar

So we are thinking of conserving- right?  OK- then there might be some good reasons for Bio-Fuel. Check out this 2020 press release about it’s use to win races and think.. homegrown fuel that we need for energy independence.

However, because of the anti-ethanol onslaught, many people have been led to believe that the use of ethanol in race cars is simply a promotional deal and has no performance or technological significance.

Kozak explains in this readable, yet technical article, the latest news from the race circuit test beds and the performance that can be obtained from E85 in engines optimized to take advantage of the unique characteristics of this economical, renewable, home-grown fuel.

The complete article is available online at http://advancedbiofuelsusa.info/e-85-small-displacement-turbocharged-engine-high-efficiency-and-mileage-proof-from-the-racetrack
Includes photos by Joanne Ivancic.

Advanced Biofuels USA, a nonprofit educational organization advocates for the adoption of advanced biofuels as energy security, military flexibility, economic development and climate change mitigation/pollution control solution.  Our key tool for accomplishing this is our web site,www.AdvancedBiofuelsUSA.org, a resource for everyone from opinion leaders, decision-makers and legislators to industry professionals, investors, feedstock growers and researchers; as well as teachers and students.

Yeah- I like that idea- let’s bring our energy back home again.. and if you are an Indy fan- you know where I am headed..