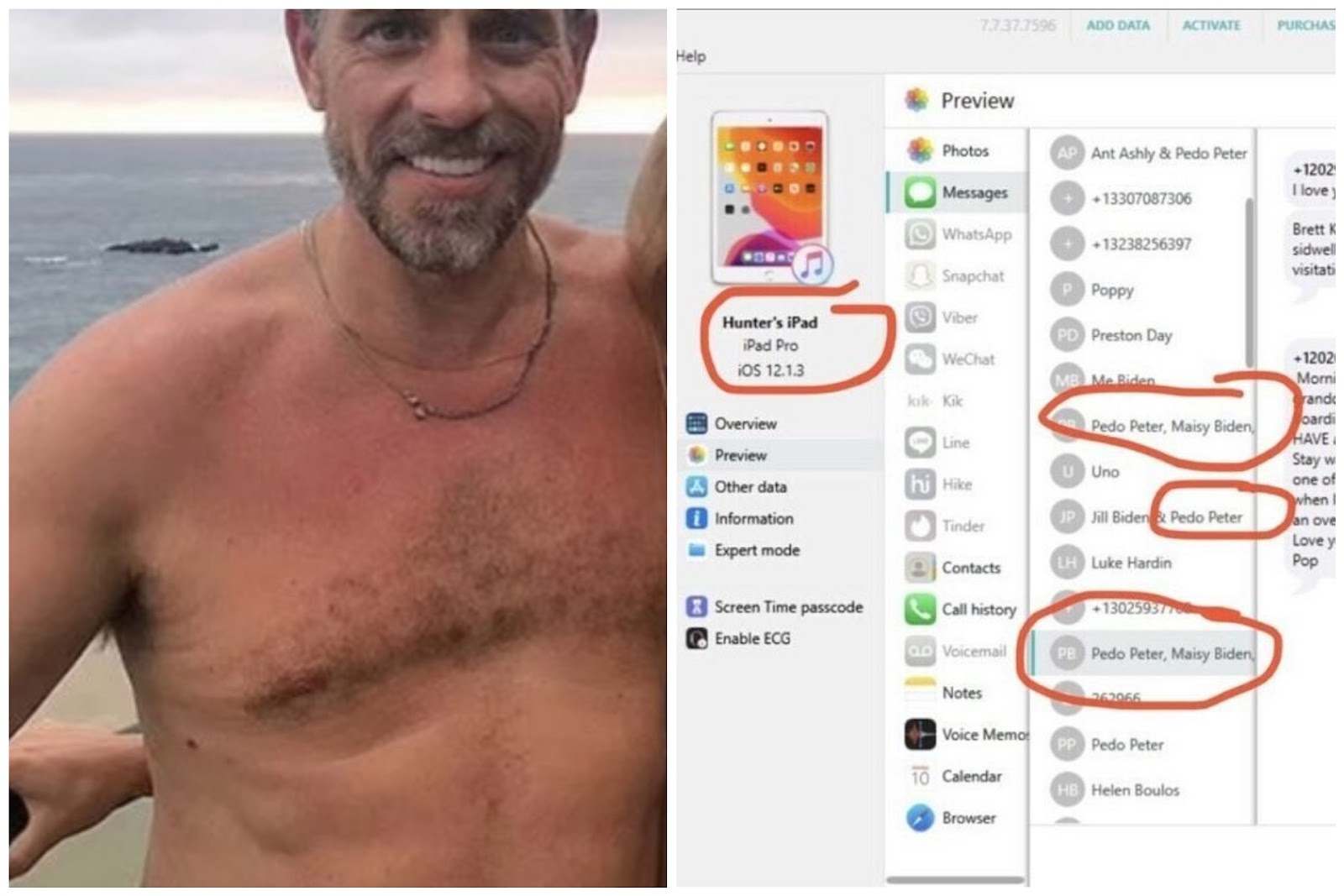 I had just touched base with Jack Maxey a few days ago after months of not hearing from him or seeing him post anything online.

I had gone to look in the places where he posts, on Gab and GETTR.  We are friends on Facebook- and I hadn’t seen in anywhere.

Then Saturday came and the contents of Hunter Biden’s iPhone were everywhere- and I immediately wondered what was going on again with Maxey.

Explanation of all the things released on 4chan and flooding twitter.
Just so everyone knows – these are all real. But my tech guy had a nervous breakdown or basically a psychotic episode and went rogue and published this stuff. Full on – believes me and everyone else are CIA including the news personalities who seem to have ignored all of this. Also believes media, FBI, CIA, DOJ do not care about little children – he is right about the last, but extremely unstable.

I Would never post this stuff and never have, because the real issues are the betrayal by Biden et al, and our intel agencies of the American people to the communist Chinese. Saddest part is I can’t find a single sheriff to review the 80,000 images we recovered. That failure in part is why Vincent Kaufman lost it. Good person who basically has lost all faith in the institutions of the West. I sincerely hope he stops – but he has told many lies to me since he fled Switzerland to New Zealand and truth be known, has probably been planning this for months. Before I left Switzerland I had to talk him and his equally disturbed wife off the ledge when they were planning to go to Russian embassy in Bern. He sees the media as part of a larger conspiracy to protect the elite at the expense of everything and especially children. None of this has been easy, much of it has been deeply painful to see and trust me when I say this iPhone isn’t squat compared to the rest of the deleted material we have uncovered.

One brave sheriff could change this all because I refuse to look at those images without the cover of law. Yes Hunter is one of the most evil people I have ever known, but so is his family and the FBI, CIA, DOJ and the media that foisted these grifter traitors on America and the world.

Please God let there be one sheriff with courage, because the guy posting this is not going to stop. He already believes he is going to die and said he does not care. But I care about  him and more importantly, I care about all the innocents his irresponsible and likely illegal behavior will harm.

This is a disaster for Biden- another disaster in a long series of disasters.