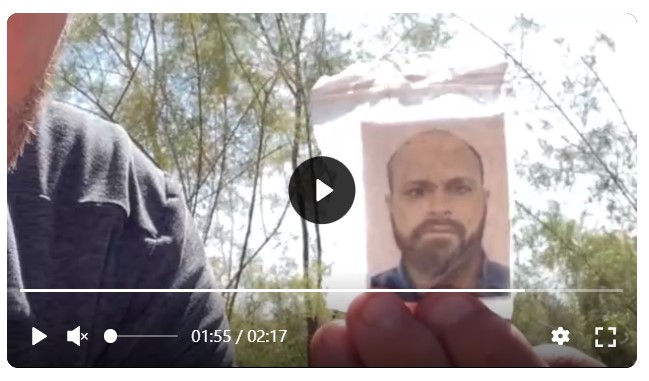 The Southern Border of the United States is so deadly that the UN recently declared that area as the most dangerous border in the world, which makes the reporting from the border so courageous- especially reporting. At the same time, Democrat Joe Biden has tried to shut down all information about what is happening there from getting to the American people.

A New York Times article from the end of June reported:

These are some of the deadliest episodes involving migrants near the southern border.

The deaths of at least 51 people found in or near an abandoned truck in San Antonio on Monday were one of the worst episodes of migrant deaths on the southern border in recent years.

The journey north for migrants crossing into the U.S. from Mexico is usually dangerous and sometimes fatal. Smugglers often transport large numbers of people in trailers, vans or S.U.V.s through remote areas in sweltering weather. And in recent years, dozens of migrants have died in crashes while traveling north.

Here are some of the deadliest vehicle chases, single-car accidents or heat-related deaths involving smuggled migrants:

Ben Bergquam, a correspondent for Real America’s Voice and Anthony Augreo, made a quick but powerful video that showed the evidence of criminal activity- which is going completely unchecked into the United States of America.

BERGQUAM: The walls of this side where the cartel coyotes back down in Yuma, Arizona. We’re going to be heading down behind the wall.

So this is where the cartel coyotes on the other side. They stood up there and send people across all day. Going to take you down some of the trails where these guys are coming across by the hundreds every single night.

These are the distraction that the cartels use to then, push the drug smugglers and all the people that don’t want to get caught. This area is controlled by coyotes and cartels. You very rarely get border patrol back here.

They came over the spot where they’re crossing right here, from Los Algodones to Yuma.

AGUERO: This is from the Republic of Turkey. This is a Ministry help Republic of turkey. And we’re also finding paperwork of people coming in, from Russia, from Moscow. So they’re coming from all over guys.

Russia, more Russia. Clearly they are dumping out of their items here.

We’re walking back along the wall. On these little Trails that leads down to the river. Notice the spotter in a white van right across the way over there. He’s watching us.

This might be one of the most frightening things I’ve found so far.

Multiple photos it looks like 45 passport photos. I can’t find the ID with any name that goes with it. He either had already made fake passports or was planning on doing it once he got here. We found carpet shoes. So that they can evade capture once they get across.

This is the death of America if we don’t stop it.