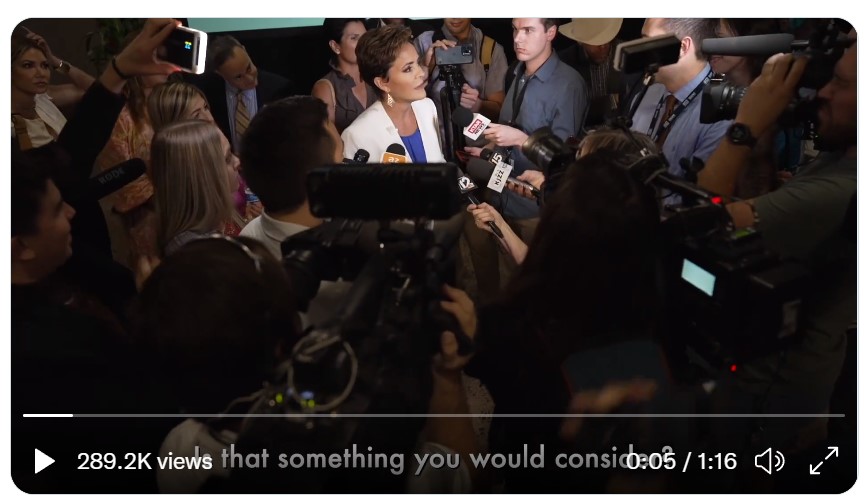 Republican Candidate for Arizona Governor, Kari Lake, goes on ‘Warrior: Beast Mode in her campaign against the massively childish and corrupt corporate media.

FULL SCRUM: After the Arizona Chamber of Commerce forum, Kari Lake takes on The Fake News Media, SLAMS her opponent Katie Hobbs for her refusal to Debate & responds to questions from the Media about being VP

Reporter     “Kari, who are the environmental terrorists you’re talking about?”

Kari Lake   “I don’t talk to your paper because it’s a rag.”

BREAKING: Reporter asks @KariLake if she will be Trump’s VP, gets absolutely BLOWN ABACK by her answer pic.twitter.com/veNAE7N4q9