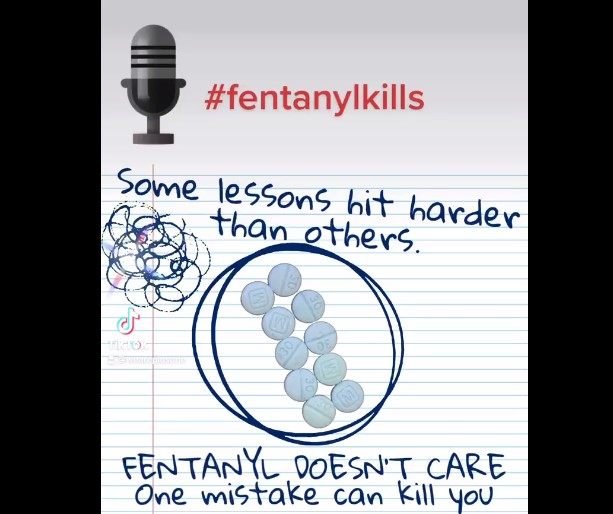 The left, who pretends to be the party of compassion and humanity, has been assisted in their delusion by Democrat Joe Biden, whose open borders policies are responsible for massive amount of deaths in the United States, and there is no end to the insanity of leaving American citizens as targets of deadly criminals- until Biden and all of his enablers are out of power.

It is important to note that we did not have these problems under the leadership of President Donald J. Trump, and while his ‘mean tweets’ hurt the feelings of some people, his policies protected our citizens from crazed criminals lacing drugs and causing deaths.

“The numbers don’t lie: after the Biden administration reversed nearly every policy of the previous administration at the border, illegal border crossings have surged and drug seizures have declined,” Mike Dunleavy reported for The Hill.

According to CBP reports, illegal border crossing encounters have more than doubled since 2019. At the same time, drug seizures this July were down by 33 percent compared to July 2021.

A 200 percent jump in fentanyl seizures at the border in July compared to June generated headlines, but overall drug seizures were actually down 14 percent for the month. Seizures of meth, cocaine, heroin, and “other,” which includes oxycontin and precursor chemicals, are all on pace to fall far short of 2021.

More from The Hill:

“More than 105,000 Americans died of drug overdoses in the 12 months that ended this past October, with two out of three linked to the scourge of fentanyl almost entirely being smuggled across our Southern border.

Alaska, despite its location farther from the Southern border than any state in the continental U.S., has not been spared.

Over a period of weeks this past March, there were seven deaths and more than 20 overdose poisonings linked to fentanyl in the Matanuska-Susitna Valley in what the Drug Enforcement Agency classifies as a “mass overdose event.”

The 1,244 grams of fentanyl we seized in the first three months of this year is twice as much as we seized in all of 2021, when overdose deaths increased by 71 percent over 2020.

Florida is taking the threats to their people seriously with their “One pill can kill” campaign.

Republican Attorney general Ashley Moody issued a warning to college students as they were starting their fall semester telling them about Fentanyl.

As she explained it, Fetanyl is a deadly synthetic opioid that can easily mix with other drugs to the point where you may not know it’s there.

“It’s a game of Russian roulette. You never really know which bag you’re going to get,” said Chris Colcord, a treatment placement advocate at Beaches Recovery.

Before becoming an addiction recovery counselor Colcord battled an opiate addiction in his 20s.

“I had a knee surgery and got prescribed oxycontin and then it just progressed from there. The easiest thing to do was switch to heroin and then heroin came along and of course fentanyl is the cheaper option,” said Colcord.

The University of North Florida released this statement:

“The University of North Florida strictly prohibits the unlawful purchase, possession, distribution and/or use of illegal drugs. The University is monitoring the nationwide fentanyl situation and all University Police Department (UPD) officers have completed mandatory training in responding to fentanyl and other opioid-related calls. Every UPD officer carries Naloxone and is trained to administer it. UNF Housing and Residence Life staff completed voluntary training on fentanyl and administering Naloxone. The Informed Ospreys Program has an online module related to opioid use that every incoming freshman must complete. The Counseling Center and Student Health Services also offer support, resources, and care provider referrals for students struggling with substance abuse.”

“Jacksonville University commends any and all efforts to raise awareness about the dangers of illicit drug use. JU employs strategies that focus on educating students about such dangers and supporting them in times of crisis. All incoming Jacksonville University students are required to participate in a mandatory drug and alcohol education program. JU’s Campus Safety and Security Department also offers drug and alcohol seminars throughout the academic year. Additionally, Jacksonville University has a medical amnesty policy for students. This means, if a student is experiencing a crisis or emergency involving drugs or alcohol – or if they are with a friend who’s in crisis – the student can report it to their Residential Advisor or our Campus Safety and Security officers without facing disciplinary action. This policy supports our commitment to prioritizing the health and safety of our students, and it encourages them to get the help they need.”

The One Pill Can Kill message is being picked up by others, who are demanding that Democrats stop being delusional and start thinking of the lives of Americans.