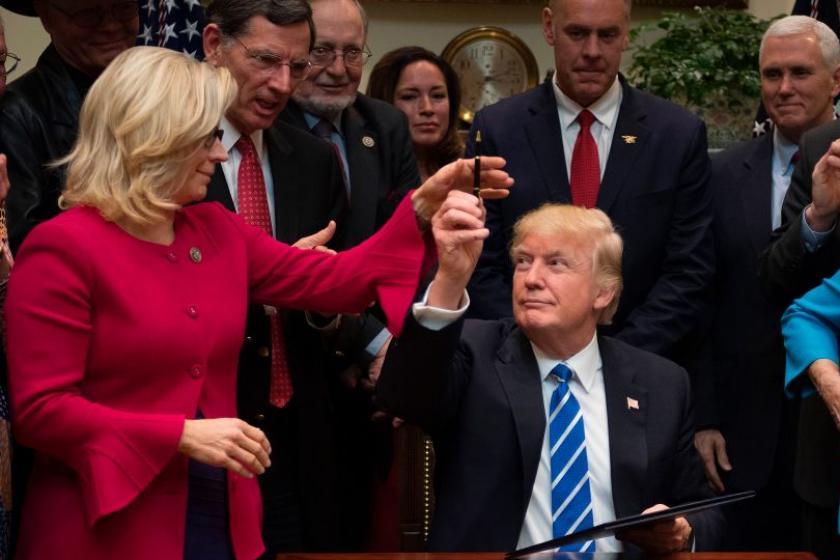 US Rep. Liz Cheney is making news go viral for the new year with something that sounds like a plea to be the Homecoming queen of a social club.

“The Republican Party has to make a choice. We can either be loyal to our Constitution or loyal to Donald Trump, but we cannot be both,” Liz Cheney told media audiences with the confidences that she owns Republicans.

Key Point:  At issue is the direction of the Republican Party- and the long-standing establishment- led by Cheney- is really not happy with the America First movement that is filling up the rank and file of the party. Cheney makes the perfect case for voters to join the party, with the very successful  Precinct strategy,  and lead the party in a new direction- and away from politicians like her.

Remember in the Fall of 2020,  that Liz Cheney lost her position as the leadership of the Republican Party, and then assumed her position as vice-chair of a highly left leading and corrupt US House Commission on Jan. 6th- who are working to destory Trump and his supporters.

So who is left listening to Liz Cheney now? 1) left is. 2) Low Information voters, might be. 3) The Media is.

Liz Cheney daughter of Dick Cheney, himself lifelong politician and government-dependent, turned to her media allies on Sunday- to plead with American voters to reject President Donald J. Trump., and to follow her lead-  pretending to use the US Constitution as cover for their feelings about Trump, his agenda and his supporters.

Cheney and her family have lived off their enrichment as part of the “swamp” or the administrative state for her entire lifetime, and she is not happy at the idea of returning government power to the people of the United States.

It is really that simple.

Watch and listen to Chenny, who faced a populist uprising against her leadership, whine and plead with people to stop supporting Trump:

Cheney’s allies at CNN used their platform again to defame American supporters of President Trump and to make Cheney look like a fragile and helpless victim again.

“Rep. Liz Cheney (R-WY), the vice chair of the House select committee investigating the January 6 insurrection, said in an interview with CBS that the committee has “firsthand testimony” that former President Donald Trump was watching the attack on the Capitol from the White House.”

The Republican Party has to make a choice.

We can either be loyal to our Constitution or loyal to Donald Trump, but we cannot be both. pic.twitter.com/pDg8Lb3rzy

What Cheney is really doing is trying desperately to convince people to treat one of the two most powerful political apparatus for the American voter, as her little social club- where she is queen.

Cheney and her supporters do like the idea of the America First movement targeting the Republican Party, and she is fighting mad.

Because that would mean Cheney, her cronies, and her family would be out of easy jobs- and their access to the free government yummy yums would be over.

Interested people should consider the Precinct Project, for getting involved in the Republican Party and chasing the Cheneys, who abuse American voters and our representation, out of the party.

Unlike the Tea Party, which had good success, Dan Schultz and Steve Bannon and others have encouraged people to get into the party- and to run for leadership in the party, and make it over.

For more on the Precinct Stratdgy_