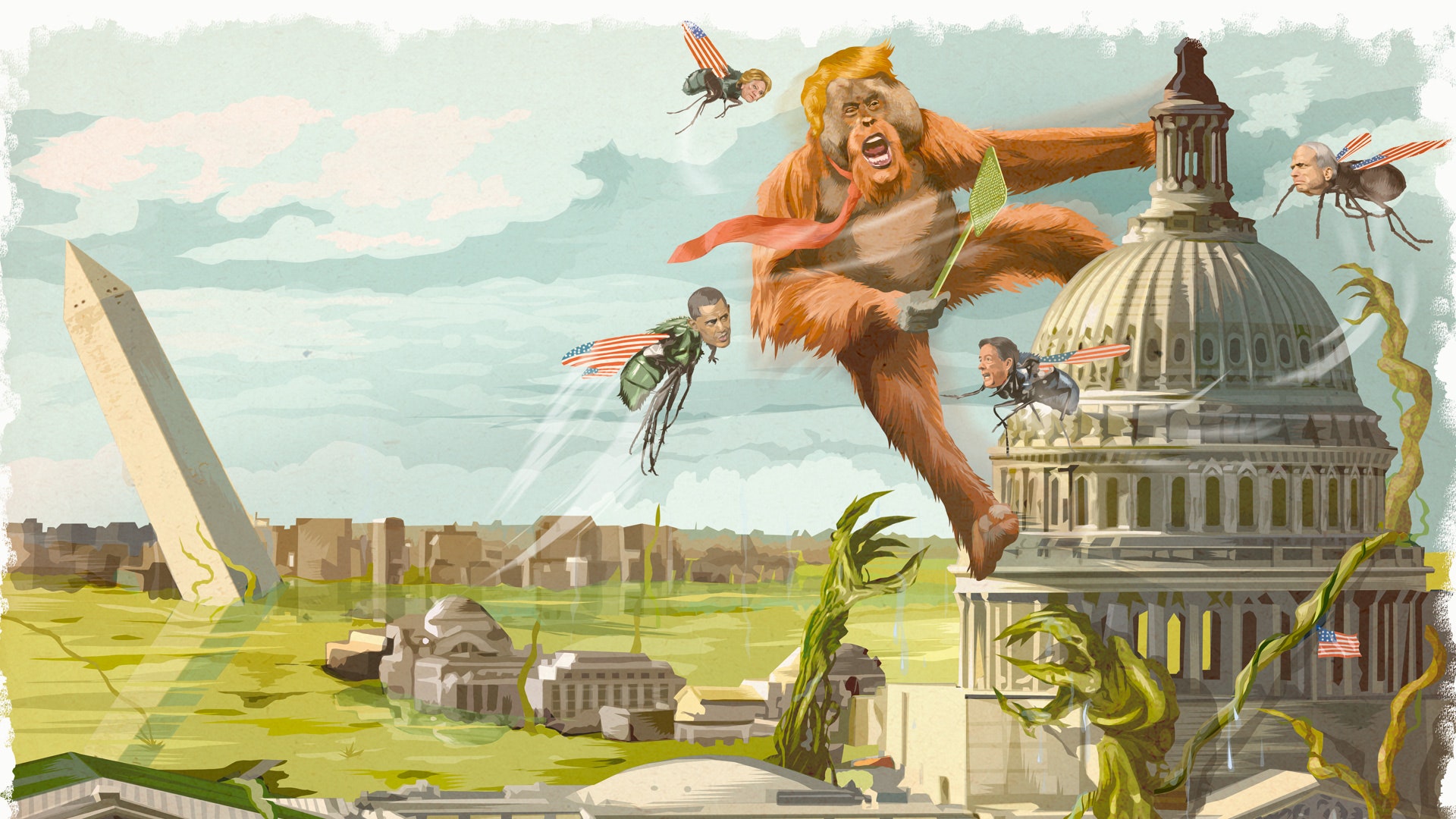 The term “Administrative State” is making its way into the mainstream lexicon after five years of Americans seeing vigorous and violent opposition to the agenda of Populist President Donald J. Trump for his focus on deregulating bloated and menacing public institutions.

Popularly known as “The Swamp” or, interchangeably- the “The Deep State”, the Administrative State is the heart of Washington DC and its outlying providences designed to enrich certain groups of people on the backs of other people.

Simply put– DC is exploiting public institutions and their supportive non-government organizations (NGOs) by picking winners and losers with public policies.  The Administrative State are practicing ‘crony capitalism’ by funneling taxpayer monies into their own pockets and into the pockets of their friends.

Key Point– Consider how much money is funneled through the Department of Human Services and the Environmental Protection Agency, and how many of the demands- from public regulations- of those two agencies influence our daily lives, our personal wealth and our common culture.

Consider two legal cases that are currently before the US Supreme Court- which could disempower those two agencies where taxpayer money is funneled in ways that the American voter does not want.

It could be a coincidence—or it could foretell an historic Supreme Court term. The Court has now accepted two cases for this term that could threaten the essential legal underpinnings of the federal administrative state.

The first is American Hospital Association v. Becerra, in which the plaintiff questions the Chevron doctrine—a rule fashioned by the Supreme Court itself in 1984 that requires lower federal courts to defer to administrative agencies’ interpretation of their delegated authorities…

The second case, which has received less attention, is West Virginia v. Environmental Protection Agency, in which the state is challenging EPA’s authority to impose restrictions on the emission of greenhouse gases under the Clean Air Act,” author Peter J. Wallison wrote.

The first case, according to Ballotpedia:

American Hospital Association v. Becerra is a U.S. Supreme Court case about judicial deference and whether the Chevron deference doctrine permits the U.S. Department of Health and Human Services (HHS) to reduce the reimbursement rate that the agency pays certain hospitals for treating Medicare patients.[1]

Chevron deference is an administrative law principle that compels federal courts to defer to a federal agency’s interpretation of an ambiguous or unclear statute that Congress delegated to the agency to administer.

The second case, according to Ballotpedia:

West Virginia v. Environmental Protection Agency is a U.S. Supreme Court case involving the scope of the powers granted to the Environmental Protection Agency (EPA) through the Clean Air Act. The issues in the case touch on major administrative law debates surrounding the major questions doctrine and the nondelegation doctrine. The court will resolve whether the U.S. Constitution gives Congress the authority to delegate broad regulatory power to the EPA to control greenhouse gas emissions.

Ahead of the 2022 primaries, these two cases could tell the American voting public a great deal about the potential that a Trump agenda has on making a comeback.