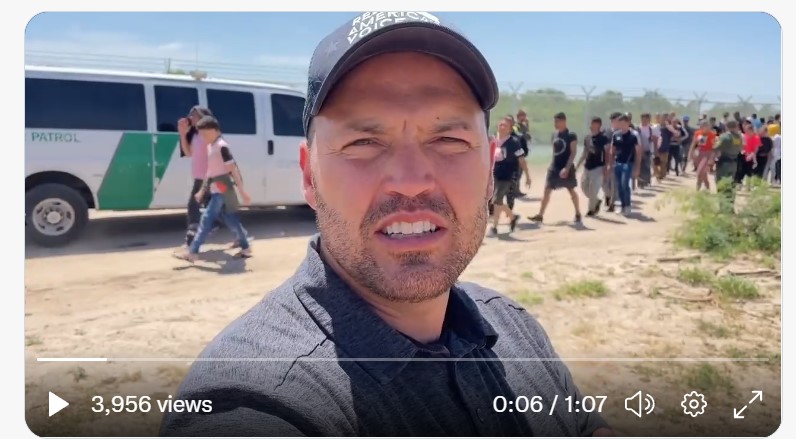 Ben Bergquam, host of Law and Border on Real Americas Voice, was in Eagle Pass, Texas, recently and showed the constant stream of people coming into the United States of America and made an observation that the migrants who are crossing are ‘mostly military aged men’.

What is happening in Eagle Pass has finally made the news, as over 2000 people crossed over the border on Tuesday alone.

“We’ve got groups out in the desert running drugs, trafficking children, sex trafficking, all of that aided and abetted by the Democrats.

And we’re coming up the river as we speak.

Every one of them put money in the cartel’s pockets and the NGOs and America, who are aiding and abetting, the invasion of this country. This is the Democrat’s open border, and it’s leftists that are inviting this into our country.