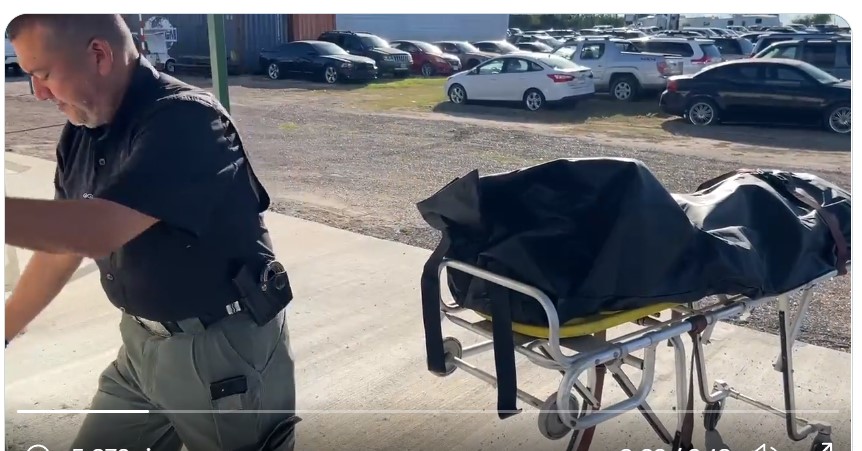 It’s not easy to cross the Southern border of the United States, and Ben Bergquam proves with his exclusive footage. Man, people die trying to get here, so it is inhumane to entice people to try. Unfortunately, that is what Joe Biden’s open border policies are doing to people worldwide.

Recently Bergquam posted video of the dead bodies that were found in Texas alone.

“We are in Brooks County, Texas; the sheriff’s department just brought me over to the morgue that they’ve set up. This is in response to the number of bodies, dead bodies of illegal aliens that have died in the county. The Sheriff’s department is doing its best to try to identify. This is what open borders look like,: Bergquam said.

The man from the Sheriff’s department told Bergquam the process of trying to identify the body.

: Look at this is the reality of open borders, everyone who says open borders are compassionate. This is what you’re creating.

That is what open borders look, like, I can’t express to you, the smell, it’s terrible. That’s what you were, inviting More death, more destruction, the destruction of our country, and the death of thousands. That’s what’s happening down here. At the mainstream media, the fake news media isn’t reporting. Joe Biden, doesn’t want you to see that the left don’t want you to see.