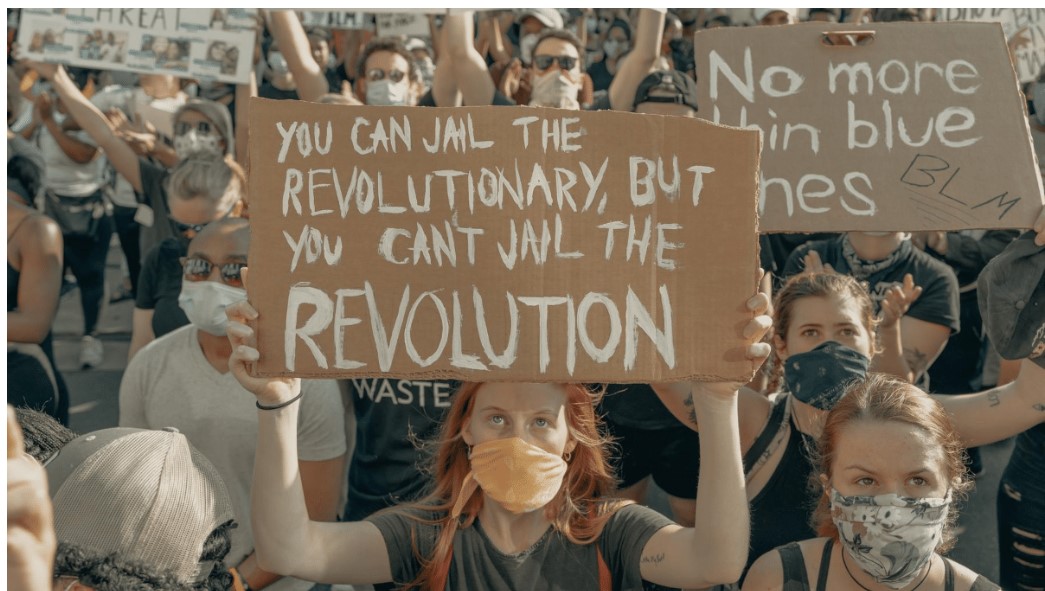 The Marxist left wants a sizeable centralized government under their power and authority to intervene in Americans’ lives for the purpose of solely deciding who gets which resources- favoring groups to enrich who make up their own friends.

Consider what Marxism is: 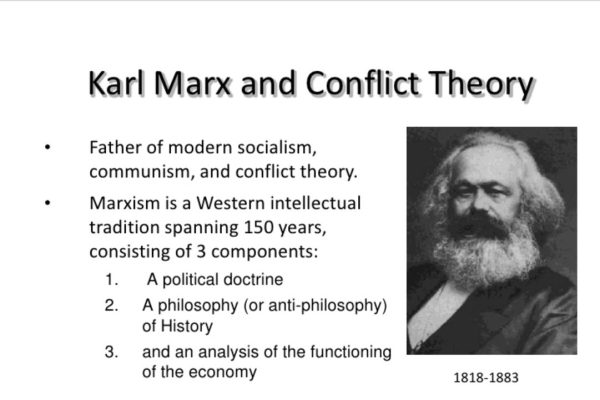 In other words- Marxists do not like the power we have for self-governance, and they work hard to change the system. Sound like the Democrats? It should. The Democrats have changed the ideas of public policies, law enforcement, access to public institutions and tenants of Western Civilizations- which make up our Republic.

The Marxist left don’t like safety, security, self-defense, the sanctity of life, or safe childhoods.

The left views law enforcement as nothing more than an arm to hold their political opponents at bay- so they can grab power and keep us from choosing our own representatives-can we be honest?

The kinds of friends the left love most, and want to enrich- are the ones who look the other way while they are raping the nation with out-of-control public policies- let’s be honest.

The left has been building up foot soldiers for their army-enabling and creating mental illness, and trying to disempower, defund and dismantle local police forces all over the US for decades- and this month, as a young man savaged an elementary school and an entire community of people, he gave them their biggest victory to date: a product of their public policies, who was allowed to terrorize people with brazen mental illness and then committed heinous crimes so they could cry more about control our access to self-defense.

That young man is a product of the left’s own assault on childhood. From their bizarre gender lessons to privacy and safety in schools- the left has attacked the sanctity of childhood.

From attacking the tenants of Western Civilization to smashing law enforcement, the left has attacked everything we need for a safe, happy, and prosperous nation.

They have won- after decades of trying. And they get to talk more about taking rights away from law-abiding citizens, with few people being honest about their debased and depraved actions about liberty.

Of course, in public they are virtue signaling on gun control- and decrying that they are not happy with the performance of the police in Uvalde Texas, when in fact they have emasculated an entire country- so who was going to go in and save the women and children? We have a well-organized and intentional crisis of manhood, after decades of a feminist war against boys.

Can we be honest? Who can we thank?

Question: What does it do to the mind of the mentally ill that Democrats demand poor and marginalized people have no right to protection?

This is how the left creates political calls to action, with Community Organizing.

Thank Maya Harris for her decades of Marxist Community organizing, and showing people how to overthrow our Republic with political theater, political violence and political intimidation.

“Fundamentally, police reform advocacy aims to redefine the relationship of police departments to
the communities they serve—a relationship defined over decades of interaction and laden with all the
complexities of race and class. This is no small feat. Advocates usually face a well-funded, politically
connected opposition. Progress takes persistence and change takes time. Advocacy efforts typically focus
on changing specific policies and practices that are incremental steps toward a much larger goal.
For all the challenges that exist, advocates in cities across the nation have achieved great successes in
securing improved police policies and practices and in moving their police departments closer to a vision
of community-centered policing. Some advocates have been doing this work for years; others have only
recently begun. All have relied on one or more of the advocacy strategies discussed in this manual as a
vehicle for change. Examples of their accomplishments and many lessons learned are described in this
manual,” the introduction reads.

Question: What does it do to the mind of the mentally ill that the Schools can’t protect young children and employees who are a captive audience while on school grounds?

This is how the left re-writes the idea of a safe childhood- one of the most foundational ideas of Western Civilization.

The Marxist left has at the same time instituted public policies to tie the hands of school officials to identify and punish students who show early signs of mental illness and potential criminal behavior. Thank Eric Holder and the Marxist Obama administration for defanging local law enforcement in public schools.

“As it stands, far too many students across the country are diverted from the path to success by unnecessarily harsh discipline policies and practices that exclude them from school for minor infractions. During critical years that are proven to impact a student’s later chances for success, alarming numbers of young people are suspended, expelled, or even arrested for relatively minor transgressions like school uniform violations, schoolyard fights, or showing “disrespect” by laughing in class.

Too often, so-called “zero-tolerance” policies – however well-intentioned – make students feel unwelcome in their own schools. They disrupt the learning process. And they can have significant and lasting negative effects on the long-term well-being of our young people – increasing their likelihood of future contact with juvenile and criminal justice systems.

We’ve seen time and again that school districts with high out-of-school suspension rates also tend to have lower-than-average graduation rates. We’ve seen that severe discipline policies often increase the number of suspensions and expulsions without effectively making schools safer or creating better learning environments. And we’ve seen that the impacts of exclusionary policies are not felt equally in every segment of the population – with students of color and those with disabilities often receiving different and more severe punishments than their peers.

As President Obama has said, we can – and we must – do much better,” Holder said then.

Question: What does it do to the mind of the mentally ill that the federal government doesn’t respect their own citizens?

Of course the left always wants massive transfer of wealth from us to the third world.

Another policy preference for the left is open borders- which is ushering in lawless people from all over the third world- who are being encouraged to break our laws, knowing there will be no consequences for them at all to commit any crimes against the American people.

Thank the Marxist left of George W. Bush, Barrack Obama and Joe Biden for those open borders and dismantling of federal laws place by our representatives to protect the American people and create an environment of privileged social justice classes of people- who are allowed to commit crimes against the common man and woman.

“Texans demand and deserve an aggressive, comprehensive border security strategy that will protect our communities from the dangerous consequences related to illegal immigration,” said Governor Abbott. “Until President Biden enforces the immigration laws passed by Congress, Texas will step up and use its own strategies to secure the border and negotiate with Mexico to seek solutions that will keep Texans safe. This historic memorandum of understanding between Texas and Nuevo León is a major step in the Lone Star State’s efforts to secure the border in the federal government’s absence,” the press release said.

Those who know the left know that we could fill up a library about their usurpations of our great Republic. The school shooting are a product of their demands for insane public policies.

ARE THEY HAPPY YET?

Crimes are up, people feel unsafe, people are poor and miserable- and the left sees blood in the water- so why aren’t they happy?

Can we be honest- secretly we know that they are happy. The real question is when are the American people going to get out and vote against them?