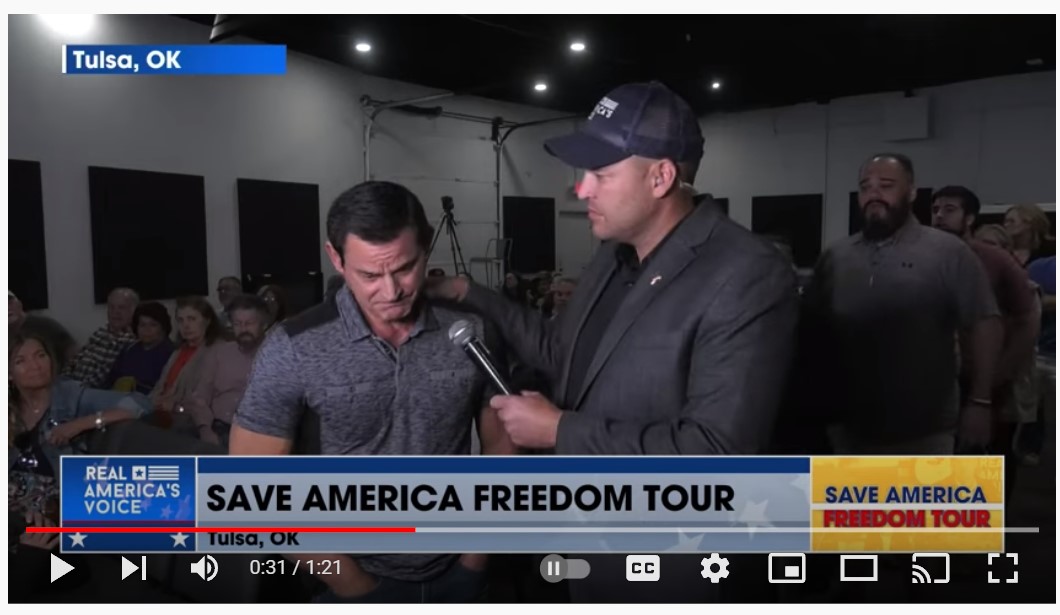 At a recent Real America’s Voice event in Tulsa Oklahoma- with the ‘Save America Freedom Tour’, Ben Bergquam interviewed a man who shared his fears about his son’s indoctrination into Communism.

When Ben asked the man, who immigrated to the US in the 1970s, how bad Communism really is- the man’s eyes welled up with tears, his voice was shaking and he described the conditions that he grew up under and that shaped him into a determined freedom-fighting American of today.

“I will fight to the death so that my kids don’t experience what I experienced!” What a powerful moment at our Save America Freedom Tour as a man who lived the reality of communism in Cuba breaks down when asked to describe it. The truth about communism!” Bergquam reported while describing the video footage below.

This is the heartbreaking truth about the communism we are now fighting on our own ground. Follow Ben Ben Bergquam for more harsh realities about what the Democrats have ushered into the United States of America.