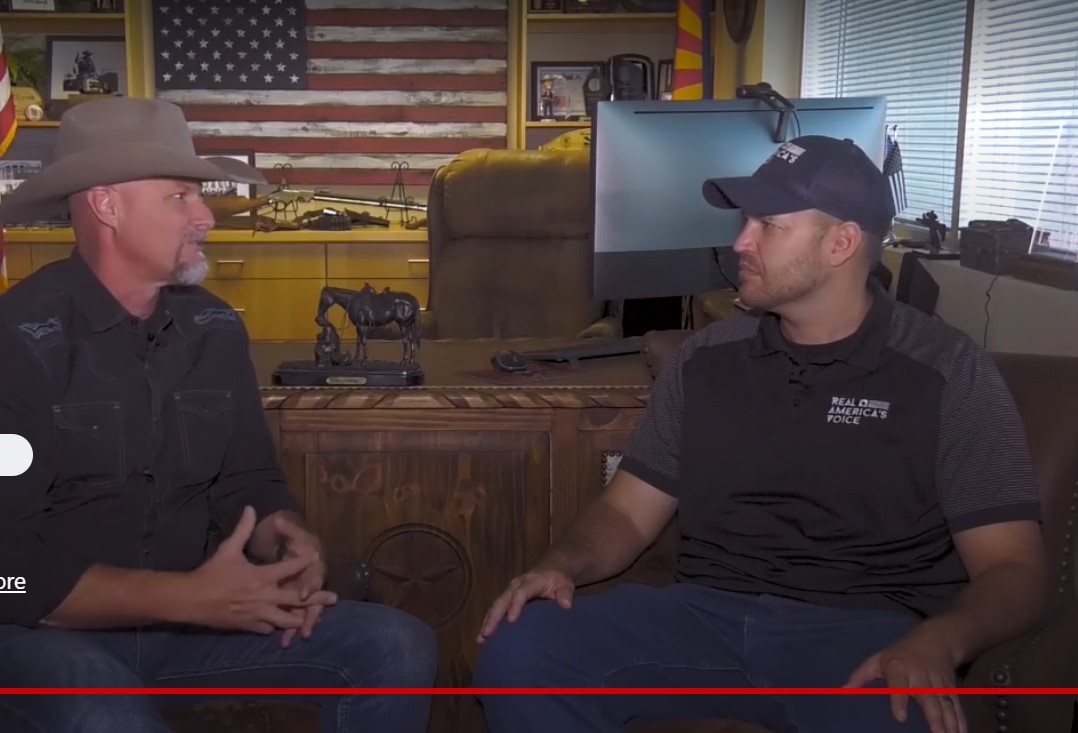 In an action-packed video below- is the latest episode of Law and Border with Ben Bergquam on Real America’s Voice.

Ben and his team are in the Rio Grande area of Texas and parts of Arizona and have great conversations exposing the secret war right in our borders that people in DC and the lapdog media are ignoring.

“This is the Real Attack on America- we are exposing the modern-day – 21st-century slave trade that is being supported by the people in Washington DC,” Bergquam says, introducing his first guest.

Bergquam joins a Sheriff La Joya Sheriff, and together, on a federally protected road, the two walk along and find ID bands, passports, and money along a trail that is a known trial.
As they are exposing markers used by the Drug Cartel and coyotes for communication, they are talking about the dire situation there.

“We have to pay attention to this that these people- who have never been to America- are getting new Identities and they are never deported,” Sheriff Cassas said.  “These NGOs, who are profiting from these open border policies, are purchasing or renting children because it helps establish the people who are crossing,” Bergquam said.

Bergquam exposed how the cartel makes their money off of the 1 Million men, who are “fighting age”  who have crossed over into our country over 2000 miles of the Southern Border.

Then the crew goes to Yuma to show the diversity of people from Africa, Cuba, and Venezuela. They are crossing illegally to flee Socialism- while the Democrats are attempting to transform America into a socialist country.

And the show finishes with an excellent interview of Mark Lamb, Pinal Co Sheriff- who has a lot to say about the problems with the Joe Biden administration and fighting aged men dressed in Camo that law enforcement have to deal with.

“We have our own fight – that we are fighting- right here. We need to focus on our border,” Lamb told Bergquam.