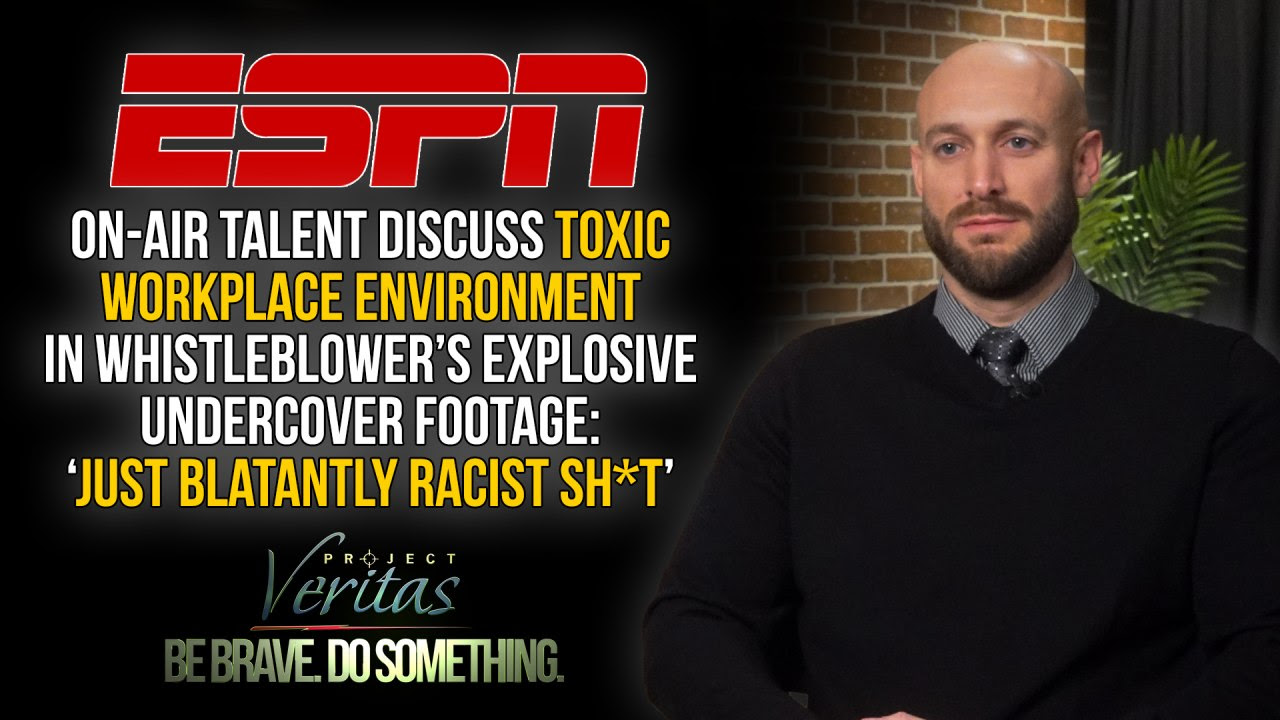 There is more bad news for ESPN, an important part of the Walt Disney Company and the newest strike against the sports company comes at a time when leftist mainstream media is taking a beating.

ESPN is an American international basic cable sports channel owned by ESPN Inc., owned jointly by The Walt Disney Company and Hearst Communications. The company was founded in 1979 by Bill Rasmussen along with his son Scott Rasmussen and Ed Egan.

And now ESPN is being exposed for breaking all of the rules that the left says is so important to them- so this expose is going to lead to massive trouble- right? Like, cancel culture trouble.

Project Veritas released a new undercover video today recorded within ESPN that revealed what appears to be a workplace environment full of toxic racist tension.

Here are some of the highlights from today’s video:

You can watch the full video by CLICKING HERE.

What is going on inside ESPN?

With just days until the Super Bowl, sports fans should get answers from the Disney-owned network. Better yet, ALL Americans deserve answers on this.

ESPN is a longtime cornerstone of the Walt Disney Co., continues to lose lucrative pay-TV distribution, shrinking another 10% to end fiscal 2021 at 76 million U.S. households.

Citing Nielsen, Disney provided the number as part of its annual report, filed with the SEC this afternoon. The company operates on a fiscal year, so its 2021 officially ended on October 2.

The company said the Nielsen-based estimate includes traditional MVPDs and most digital OTT packages. The tally is well below ESPN’s peak of just north of 100 million homes nearly a decade ago. While all linear TV networks are shedding subscribers due to cord-cutting and growing tension with distributors over carriage fees, the ESPN number has become a bellwether.