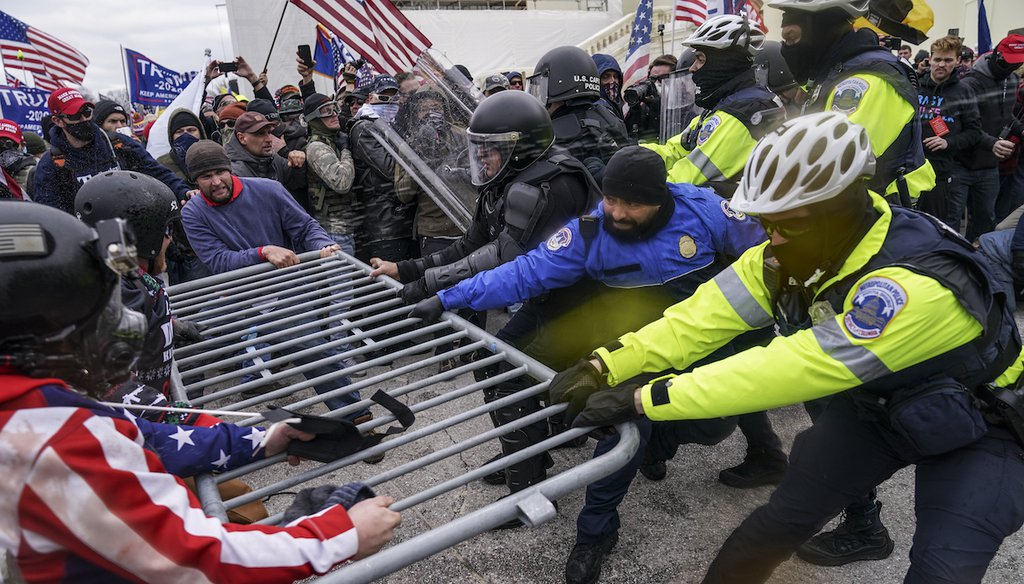 It is no surprise to any of the participants in the events surrounding January 6th, 2021, at the US Capitol that high-level and professional provocateurs were involved with directing the rally for President Donald J. Trump.

From all indications in the aftermath of the day- the people who intended to set a dangerous narrative about Trump and his supporters- had an evil intent of framing patriotic Americans as violent thugs- by creating violence.

“These people in power are manipulating the journalists, ” James O’Keefe is heard saying on video while confronting an NYT journalist over his coverage of Jan.6th, saying we have a video coming out later today that shows people in power; at the CIA and the NSA are using you.”

This is part One, O’Keefe says:

Now with the work of independent journalist James O’Keefe, the founder and CEO of Project Veritas- there is video proof in the way of confessions- that US Law Enforcement from intelligence agencies- who are paid to protect the United States of America and the people here- was the in the group of people who were framing American patriots with violence- and they went as far- as some reports show of- even murder.

Reporter and Editor of Human Events, Jack Posobic, a social media influencer – got the ball rolling on O’Keefe’s undercover expose’ with the headline:

BREAKING: NYT reporter says there were ‘a ton of FBI informants’ among the people who attacked the Capitol https://t.co/Ta9Lg8iMqx

Even though Big Tech has tried to squelch O’Keefe from reporting on the facts of current events in the US, enough people knew of his work and got the news out in the public stream.

Trending on Twitter on Tuesday night and Wednesday morning was the hashtag- The FBI Was Involved.

Numerous people posted a link to O’Keefe’s undercover video- busing the story wide open- once and for all to prove that the there was indeed a deceitful plot against the American people:

What we know is that citizen journalists and other groups of patriots have defended the honor of Trump supporters, by carefully exposing the lies of the US Government’s narrative- slowly, over time- very methodically and shown that the deaths that occurred at the US Capitol on that day- for example, were at the hands of Capitol Police, not the patriots.

AND THERE COULD BE SO MUCH MORE TO COME

An expert on the thousands of hours of footage caught from that day- believes that the corruption goes much deeper.

“And @SpeakerPelosi welcomed the “activists” and urged Capitol Police to let them do whatever they wanted,” David Sumrall, an expert on the details of January 6th, from Stop Hate.com posted in response to the NYT-Project Veritas update. StopHate.com has been asking for a long time – what were the police doing on Jan. 6th?

The double standards, for the American people, and for those who do not have Progressive-Communist privilege- like the left does- is right out in the open as shown by attorney Joseph Mc Bride in a recent post:

The DOJ wants 70-87 months from @BigoBarnett for protesting in @SpeakerPelosi’s office, but it’s all good when @AOC does it.

Multiple Republican Members of Congress are being investigated for much less!

The PB’s and Oath Keepers are all the rage, but what about @sunrisemvmt? https://t.co/oV3D3a8p54

From other reporting about Jan. 6th, we know that there was a “stand down order” and now we may know more about why that happened.  Look for more from O’Keefe and others- as this story keeps on developing.