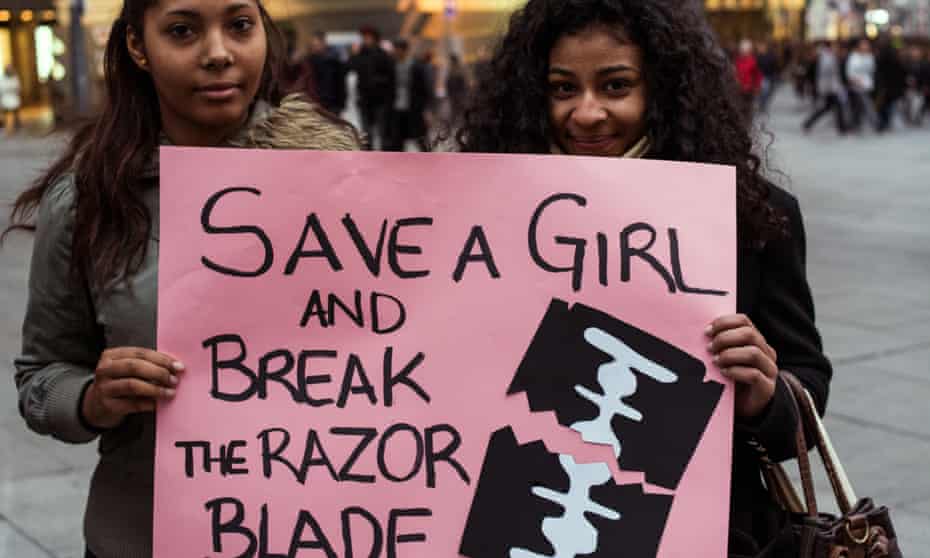 Idaho‘s House passed HB 675 on Wednesday, and trans activists are outraged; they describe the focus of their anger as the passage of a bill “providing gender-affirming care to trans teens a felony with a life sentence’, making leaving the state with a child who identifies as a ” trans teen”  to move elsewhere and provide them with  “care,” a felony as well.

Key Point: Transactivists call Gender Mutilation – care. According to an attorney, the Bill makes taking a child to another state specifically to have surgery performed on female genitalia illegal, according to subsection 1.  That is the Islamic practice of Female Genital Mutilation (FGM)– so bookmark that. And let’s dive in:

It would make providing gender affirming care to trans teens a felony with a life sentence..

Worse… it makes leaving the state with your trans teen to move elsewhere and provide them with care a felony as well. pic.twitter.com/k3jX086h9a

WHAT DO OTHERS CALL “TRANS CARE”?

“GENITAL MUTILATION OF A CHILD – The bill amends existing law to provide for the crime of genital mutilation in certain instances and to provide certain exemptions,” reads the opening of HB 675 by the State Affairs Committee.

Radical far-left activists, for “trans kids” are not at all happy, and they are focused on agitating “allies” into making some noise about it:

I'm going to get messy. if you are up in arms about the dont say gay bill but silent about the legislation in Texas and Idaho targeting trans youth, you're a coward and shit ally

The Idaho bill, according to the AP:

The Idaho House has voted to prohibit gender reassignment surgeries and gender-affirming health care such as puberty blockers and hormone therapy for minors.

The House voted 55-13 on Tuesday with no Democratic support to send the measure to the Senate.

Backers say the measure is needed to prevent young people from going forward with decisions that will make them sterile.

Opponents say the measure is government intrusion into agonizing family decisions that will result in some young people attempting suicide if they can’t get the treatment they need.

If the measure becomes law, it’s widely expected to be challenged in federal court.

Around the country, the next stage is the sexual revolution for radical- Marxist left activists are over the issue of who gets to have access to young children to promote genre-changing therapies and drugs.

So far, the “tans lobby” has been hugely successful in pushing for their demands- that they have access to all children, including school children, even going so far with their activist needs that adults have unfettered access to young school children to push a gender-changing ideology in school curriculums in some places.

Parents at the school board level have been protesting the use of graphic and explicit novels, which are for the purpose of giving “trans kids” support.

Some states like Idaho and Texas, have had enough and are pushing back with legislative action to stop the procedure of medically castrating young male children- for the purpose of them changing genders.

What the real purpose of all of this noise and chaos is the legalization of an Islam practice called FGM. It is a highly controversial practice meant to remove the ability of women to enjoy human sexuality.

According to End FGM:

Female Genital Mutilation comprises all procedures involving the removal of the external female genitalia or other injury to the female genital organs for non-medical reasons. Most often, FGM is practiced on girls and young women under 18. FGM is not prescribed by any religion and has no health benefits. On the contrary, the practice can cause life-lasting physical and psychological trauma.

Go to our Online Interactive Map on FGM in Europe to learn more about the European situation on FGM.