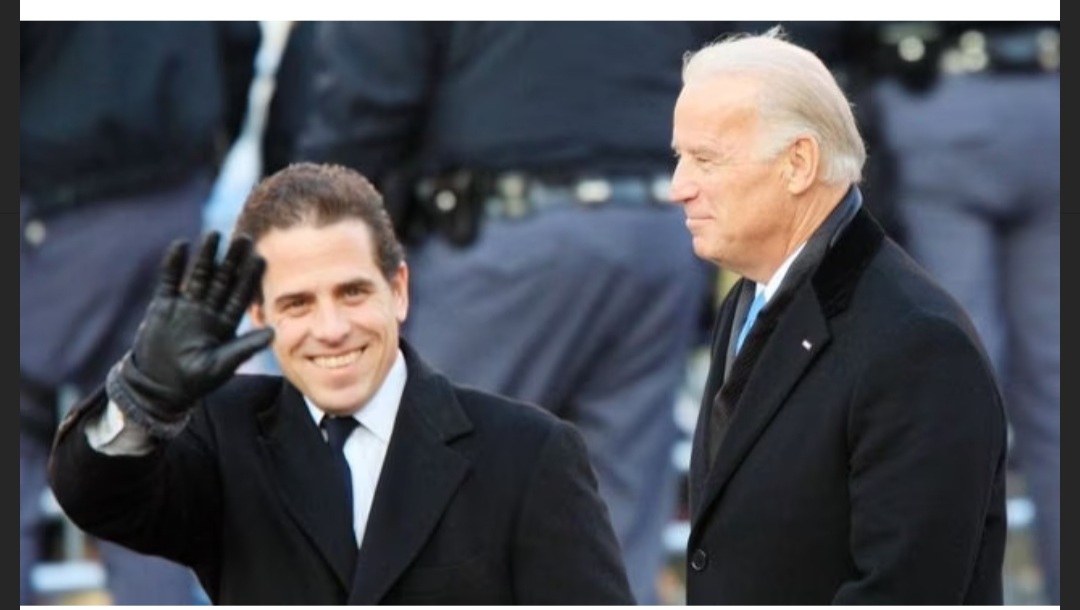 A number of high-ranking Republicans are making a number of bold moves this week to make sure that the American people are aware of the contents of Hunter Biden’s laptop- and their actions and statements point to sexual scandals, financial crimes and dirty politics.

Here is a list of some of the things that have forced the discussion about the laptop back out into the open:

“If Klaus Schwab and Soros run the world – how come they can’t run me? Because by end of week whole castle comes down,” Jack Maxey posted on GETTR, after he delivered a copy of the laptop to forensic scientists in Switzerland and recovered a massive amount of data that Hunter appears to have tried to delete before he turned the laptop over to a shop repairman.

The Washington Post even got into the game: Link Here.

US Senator Grassley exposed the connections between the Biden family and the Chinese Communist Party:

US Rep. Matt Gaetz (R-FL) introduced the laptop contents into the Congressional Record on Tuesday:

Where Hunter Biden's laptop? The FBI has no clue!

And people are starting to notice that there is a lot of “smoke and mirrors” going on to prevent Americans from seeing the clown show in Washington DC, over the laptop- as this Tik Tok poster reports- and she is right:

While everyone was focused on Will Smith, this happened. pic.twitter.com/Lqo2zRjude

According to a Press statement from Johnson’s office, regarding his speech on March 29:

Sen. Johnson’s remarks as prepared, below.

“I want to first thank you for your tenacity in pursuing the truth and ignoring all of the false attacks leveled against us during the course of our multi-year investigations into corruption at the highest levels of the federal government.  Both of us have been first hand witnesses, and at the same time victims, of the dishonesty of our Democrat Senate colleagues and their willing accomplices in the media.  When it comes to our investigation into the vast web of foreign financial entanglements of the Biden family, those attacks have had one goal in mind – to cover up the extent to which President Biden might be – and almost certainly is – compromised.

“Over the course of our investigation into how Hunter Biden used his father’s position and name to enrich himself and his family, the dishonest press published countless stories reporting on the Democrat’s false charge that we were soliciting and disseminating Russian disinformation.   Once we issued our September and November 2020 reports, which were based almost exclusively on U.S. sourced documents and interviews with U.S. citizens, the media largely ignored it.  When they did write a story on it, they declared that our reports found nothing new. A classic media cover-up.

“I’ve always said the bias in the media is revealed far more in what they don’t report versus what they do report.

“But all the false attacks have not deterred us.   We have continued to uncover the truth, and fortunately, our reports also served as a catalyst for others to come forward and for more investigative journalists to keep digging.  The American people deserve the truth.

“That’s why we’re presenting additional evidence today and over the next few days. For example, this is the first time this document is being made public.  It shows that money from CEFC – which is effectively an arm of the Chinese Government – went directly to Hunter Biden.

“Bank records like this piece of evidence are pretty hard to deny and sweep under the rug.  Our reports were chocked full of irrefutable evidence like this.  And yet, the media buried those details, in an attempt to keep it hidden from the American people.

“Because the mainstream media and our Democratic colleagues had no substance to refute our reports, they reverted to their time-honored tradition of lying, making false accusations against us, and engaging in the politics of personal destruction.

“Again, their goal was to destroy the credibility of our reports before the American people even had a chance to read them.

“For example, listen to what New York Times journalist Nicholas Fandos said about our report:

“’lack of meaningful new information and overlap with a Russian disinformation campaign.’

“The then-Democratic Minority Leader was quoted saying about our report: ‘as if Putin wrote it, not United States senators.’

“A Democratic senator described our investigation as being ‘rooted in disinformation’ from Russian operatives.

“Separately, a Democratic senator also said about our report: ‘Bottom line: the Johnson-Grassley investigation is baseless. It’s laundering Russian propaganda for circulation in the U.S.’

“But all of those quotes were disinformation. As Senator Grassley reiterated, our reports were based almost exclusively on government records from the Obama administration and transcribed interviews of government officials.

“So, how did the Democrats and their liberal media allies carry out this false attack on us?  We describe part of what they did in Section 10 in our September 2020 report.  Their disinformation and smear campaign against us and our reports was extensive, but in the interest of time, I’ll give you a shorter, cliff notes version.

“On July 13, 2020, then-Minority Leader Schumer, Senator Warner, Speaker Pelosi, and Rep. Schiff sent a letter to the FBI to express a purported belief that Congress was the subject of a foreign disinformation campaign.  The letter included a classified attachment that had unclassified elements that attempted to tie Senator Grassley’s and my work to Andriy Derkach, a Russian agent.  The Democrats speculated that based on this unclassified information, Senator Grassley and I had received materials from Derkach.  This was false.  But this information linking Senator Grassley and I to Derkach was leaked to liberal media outlets to start a false narrative to smear us.

“Until news reports of this false allegation surfaced, I had never even heard of the man. We immediately, and forcefully, denied the false allegation, but Democrats and the media continued to spread the lie.  To this day no one has ever apologized to either of us for spreading this lie.

“Next, my staff and Senator Grassley’s staff did a transcribed interview of George Kent.

“So the actual truth of the matter is that Democrats, NOT Senator Grassley or I, introduced known Russian disinformation into our investigation record.  They did the exact thing they were falsely accusing us of doing.

“Again, not my staff.  Not Senator Grassley’s staff.  Democrats were disseminating Russian disinformation.  Just like they did with the Steele dossier.

“Then-Ranking Members Wyden and Peters sent me and Senator Grassley a letter asking for an intelligence briefing relating to our investigation.

“Such a briefing was completely unnecessary. But it was an effort by our Democrat colleagues to further falsely taint our investigation hoping to discredit the truth.

“On July 28, 2020, Senator Grassley and I reminded them that the FBI and relevant members of the Intelligence Community had already briefed the committees in March 2020 and assured us that there was no reason to discontinue our investigation.

“Then, in August 2020, Senator Grassley and I were provided a briefing from the FBI – a briefing that we did not request – that was also leaked to the press to further smear us.

“This unsolicited FBI briefing was also not necessary and was completely irrelevant to the substance of our investigation.

“The FBI briefers did tell us that they weren’t there to ‘quash, curtail, or interfere’ in our investigation in any way.

“No government entity ever warned us that our investigation into the Biden family’s financial deals was connected to any kind of Russian disinformation campaign – because it wasn’t.

“But, again, the substance of that FBI briefing was later leaked and contorted to smear us – which was exactly why, we suspect, we were given the unsolicited briefing in the first place.  Those briefers promised confidentially.  Clearly, that confidentiality was breached and resulted in another smear operation on Senator Grassley and I to deflect allegations of corruption and conflicts of interest that could compromise President Biden.

“To-date, we do not know who all was involved in this smear campaign, but after repeated requests, Director Wray and Director Haines have refused to come in and fully explain who requested and directed this briefing, and why it was provided.

“So, to review.  Senior Democrats and liberal media cooperated to smear me and Senator Grassley with false accusations of receiving and spreading Russian disinformation.

“They created documents, leaked them, asked for briefings and then leaked those, too.  And then they, themselves, disseminated Russian disinformation.

“And the evidence is stunning and it is growing.

“Over the next few days, Senator Grassley and I will come to the floor to present additional evidence that has not yet been made public.

“These records show extensive connections between the Biden Family and elements of the communist Chinese regime.

“We’re talking high-dollar transactions- some of which we’ve already highlighted in our September and November 2020 reports.  But, our speeches will introduce new financial documents into the public record for all to see.

“We expect Democrats and the media to continue to use their power to smear us and cover up for the Bidens.  But the truth has a power of its own, and we intend to continue to reveal the truth.

“I yield the floor.”