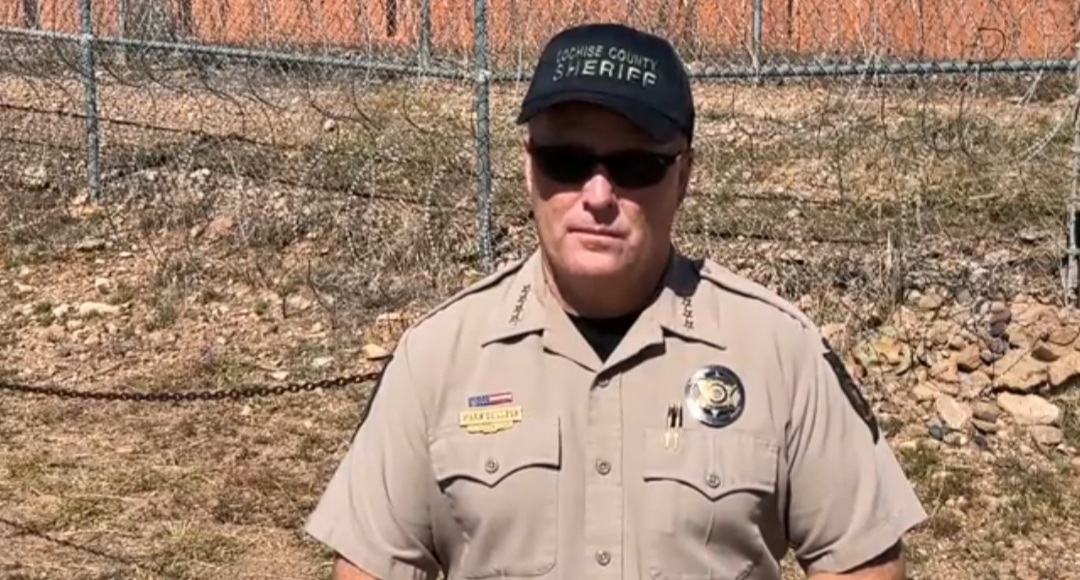 Ben Bergquam, the host of Real America’s Voice Law and Border, caught up with a Sheriff in AZ who told him an important story of how his community went from a popular destination for vacations to one popular for crimes sprees by illegal invaders.

“Currently, since January, we’re closing in on 1000 suspects who have been booked into our jail over crimes that are connected to the Border. We were a county of a vacation destination, but now we are a county of destination crime.

So, if you are smuggling, we will catch you down here and if you are in our country illegally, we will charge you and we’ve made that very clear. It’s competitive in the fact that the cartels have picked up their game, it’s also competitive by the fact that we don’t have the will out of Washington, DC. to protect our border security, so we have to do it.

Public safety is not built around politics built around keeping people safe and sustaining their quality of life to our freedoms and Liberties. We have to get politics out of it. That’s why I stand for the sheriff.”