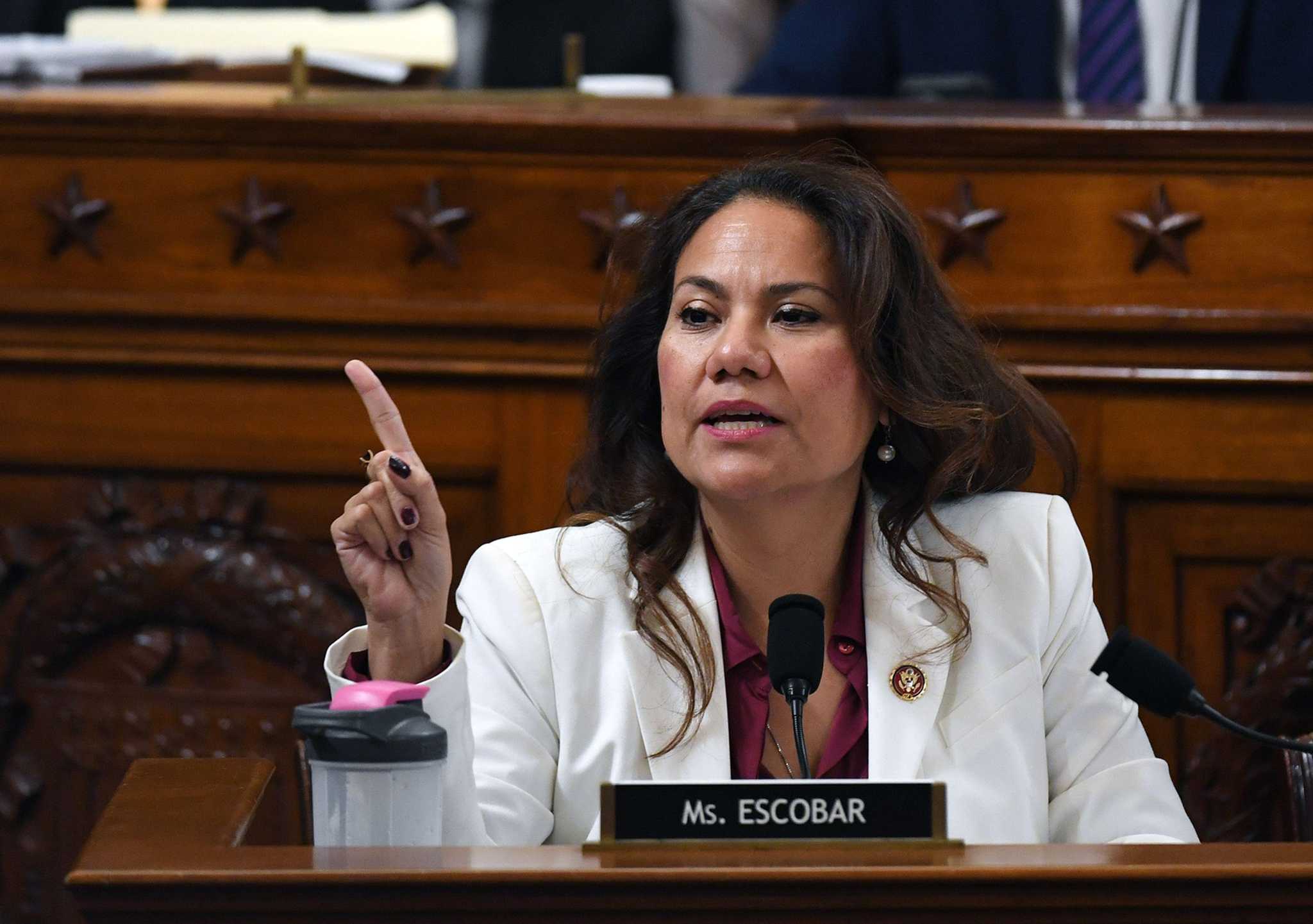 One US Rep from El Paso who is up for -re-election in November is Cartel-loving, Democrat Veronica Escobar.

Escobar, who we know is an inside player because of her positioning to rebuke President Trump’s State of the Union Speech in 2020, in her first term in the US House, got called out in the War Room by both Steve Bannon and Ben Bergquam.

The reason she got put on the “Usurper Square” is that she is a top usurper of the American Republic for her assistance in expanding the freedoms of Mexican drug cartels in the US.

HERE IS WHO IS RUNNING AGAINST HER: REPUBLICAN -IRENE JACKSON

Escobar is helping to destroy our national security. Her name has come up a number of times as an accomplice for the disastrous Democrat policies on the US Southern Border.

She also loves the corrupt Climate Chance hoax and says that’ abortion is essentia’l:

She got called out on Bannon’s War Room Program last week:

“I want to go to El Paso, Texas and Ben Burgquam. Ben, you and Anthony were there yesterday and gave us shocking footage. Give us an update today on the processing of illegal aliens by the thousands into the United States on a 24-hour basis,” Steve Bannon, host of the War Room program, said, bringing Real America’s Voice correspondent Ben Bergquam into the conversation. (see video below)

” Over 2,000 illegals are coming through this sector alone. We started off at the covid processing or covid Response Unit. That Anthony Aguero went undercover in two days ago with then we came down here under the bridge and what was shocking.

We’re actually on top of the bridge. We got Drone footage of the apparatus, and it’s really it’s the amount of infrastructure that’s under this bridge tht is scary. You can’t really see it from here. They try to keep it out of sight but it’s millions and millions of dollars, so they simply let people walk across and get in there. We witnessed security walk down help people out of the river which is ankle-deep. Walk them up, invite them in and then they simply take them from here. They ship them over to the homeland security building, which is under the other bridge, just off to my right and then they ship them over to that covid Response Center and out of town as quickly as they can.

Again over 2,000 a day; they’re estimating that that could grow to over 4,000 a day here. And one point, I really want to emphasize that Anthony brought up to me yesterday is that Veronica Escobar said nine months ago that El Paso was going to become the new Ellis Island. And this was at a time when El Paso was barely a blip on the radar. When it came to Illegal apprehensions, it was all going to Yuma and to Eagle Pass and all these other sectors along the border. So, the question I have is, and Veronica needs to answer, is – how did she know that was going to happen unless she was coordinating it, and I believe that’s exactly what she was told.”

Bannon responded and said: “She’s radical. She’s the radical Big Mouth congresswoman down there, you know. She is a player. . We got to get the word out about her.”