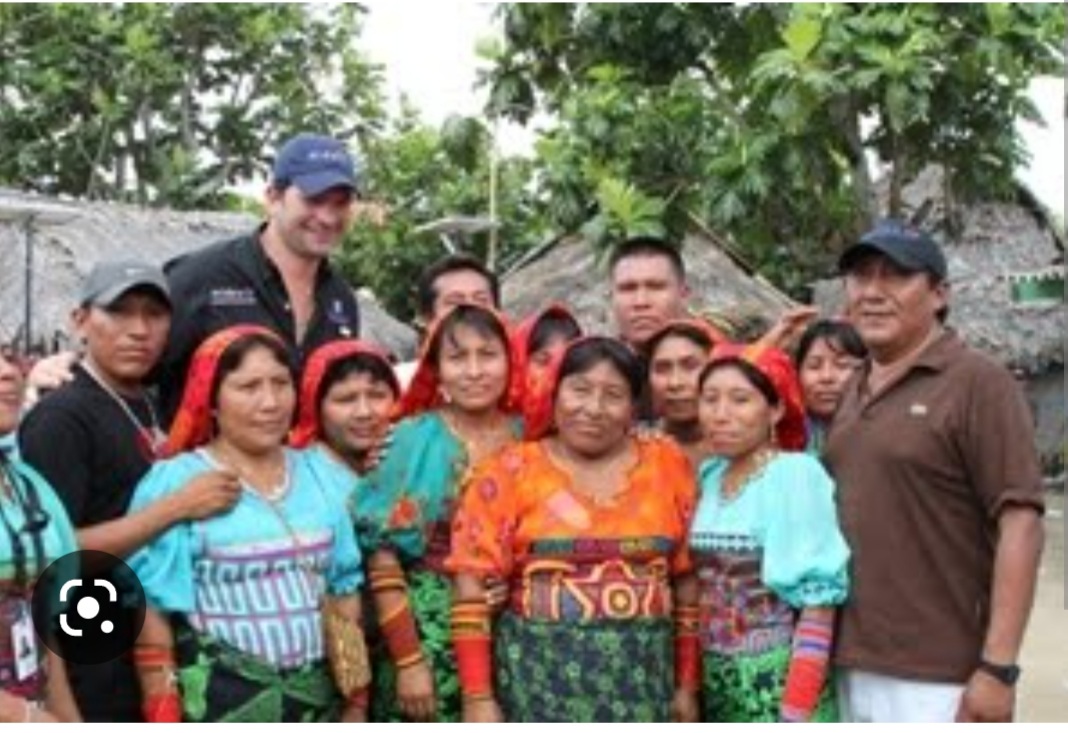 Ben Bergquam and Oscar El Blue, both correspondents for Real America’s Voice, reported to Steve Bannon on his War Room program about the unfair treatment of Indigenous people along the path of what the UN and the US are using to drag others through to where they want them to be- in what they call a ‘controlled flow’ of migration.

Frontline has covered the work of the leftist NGOs that benefit from promoting these migrations.

Frontline covered the details of ‘controlled flow” with journalist Michael Yon in April during their investigations in the Darrien Gap:

The left’s utopian ideas of taking economic migrants from their homelands, where socialism and Communism have destroyed the quality of life- to relocate them to the United States and other well-developed Westernized countries- is leaving a string of humanitarian crises around the world.

On Friday, the pair told Bannon about their investigations on the land where the Guna tribe are living. Their lands, their quality of life, their culture and their natural resources have been destroyed by the massive amount of careless and reckless traffic they have seen by economic migrants who use their homeland as a stepping to get to the United States of America.

“The tribe invited us into their Village, and they are pissed to put it bluntly. These are the indigenous people the UN claims to care about, and it is happening while Davos is going on! It is shocking! While these climate change- Nazis are running around the world pretending that they care about the environment and climate and environment, this is what we found down there. We’ve got some footage of this beach that has just been completely trashed. We’re down here with Matt Braddock and he came up with the term Paradise trashed. It’s absolutely what happened. But it’s not just the trash. They, this trash is from these illegals that have invaded their land, but it’s not just the trash. It’s the misery, the suffering, the sexual assaults, all of that stuff coming the violence, that’s coming along with it,” Bergquam told Bannon.

“And it is the pandemic, and illness like malaria, where these migrants are just destroying these communities and the Democrats in the open borders left could not care less.”

El Blue added: “The tribe wants to preserve their culture. Number one, their culture and this Mass migration has interfered with their culture and it is just contaminating the whole beach. And also they have cut the Coconuts, It is their main industry of transportation, and also Commerce with Colombia. And the migrants have been cutting the Coconuts of the trees and affecting them out enormously. Where The tribe doesn’t want mass migration. They told us that -We didn’t want it. It came to us, and it and we didn’t know how to stop it. And now it is just the whole territory,” El Blue said.

Bannon added his point of view: ” It shows you what an important service you’re doing for everybody for the world to show what’s going on there. That’s most tragic. In every country it is the little guy, it’s little guy that has their Community and has had their Village destroyed, their stores, and their family. It’s the same everywhere.”

And mainstream media refuses to show the natural consequences of this massive human migration. On Friday, on the War Room program, the three men discussed what the left is hiding from the world- which is a direct result of the United Nations and of the radical open border policies of Democrat Joe Biden:

For more on Ben Bergquam and his work:
Please follow him n GETTR and Twitter @BenBergquam
Real America’s Voice Law and Border

USE Promo code: Frontline at My Pillow to support Bergquam’s reporting.