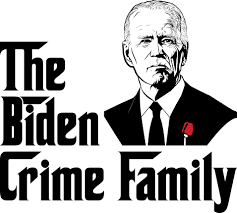 Biden’s classified document scandal is growing more intense by the day, as DC appears to be trying to figure out how to handle what comes next.

Rudy Giuliani, who is famous for breaking up major organized crime rings, has been speaking out boldly about what he sees unfolding- from the point of view of a prosecutor who brought down the mob in 1985. He is making essential comparisons between what happened in the 1980s with the Scallion mob and what is happening with the Democrat Party.

Last week Guiliani began to deconstruction his findings- starting with the difference between when President Donald J. Trump’s home in Florida was searched and what had happened with Democrat Joe Biden having classified documents found at his home from when he was Vice President.

“The reality is that the failure of the FBI to search Biden is really about as big an indication that we call a fair and equal Justice system is gone. The enemies of the regime get overly harsh, unfair treatment, and the friends of the regime get treated very cautiously- we are a fascist country,” Former Mayor Rudy Giuliani said on a recent podcast, talking about the Biden classified document scandal, going into more detail he added:

“So they searched Trump in November and wouldn’t allow his own lawyers in the home, Christine Bobb, and she was refused entrance. This is the same FBI that lied and tried to frame Trump with false info with the fake FISA warrants. So Trump’s home was searched even though they didn’t need to do that. So the search on Trump was obviously to make it appear worse than it was. Biden’s documents were missing for six years, and they never searched for them. Biden stole the documents. The documents were gone for six years. Then the Biden team conducted its search. The FBI subcontracted out the search, and Biden’s lawyer searched his home and found the documents; how do we know they didn’t pass anything up? That is unequal justice. In the case of Biden, only Biden’s lawyers have searched his home and office. The FBI Delegated the search to the defense’s lawyers- this is like creating a ridiculous exception- they should go ahead and just admit they are going to fix the case. It is a crime to take a classified document and hide it from the government. This party has destroyed our system of justice,” he said.

Giuliani brought up ‘Fat Tony’ Salerno, who was a gangster he busted in “The Pizza Connection” and compared Joe Biden to Fat Tony around [9:00] and talked about the gangsters and their motivations of the time, and the family ties he investigated between the mobsters saying that he had listened to over 4,000 hours of conversations between the gangsters. At the time, Giuliani was working in partnership with the Italian government to bring the mob down, and he had Italian interpreters.

Giuliani talked about his time as a New York prosecutor, the death threats that were on him at the time, the people killed during the investigation, and the motivations and relationships of mobsters.

Around [18:00], Giuliani talked about, The Commission Case , which was a RICO case, saying,”It shouldn’t be any sort of magic and it could be used for the Biden crime Family and their organized crime. I first used it for financial crime, even though they wanted to say it was only for the Mafia. I said it was just for the opposite. I understood the act from the writer of the law. He made it intentional for all forms of crime that were being run as a continuing business.

So the theory is that an enterprise that gets together becomes a crime and is functioning year after year after year. Functioning in spite of the fact that you put their leader in jail and new people take over and they have all their money and the entire empire, and the only way you are going to be able to attack that is with a new law that allows you to prosecute all of them together and allows you to take all of their property from them, so you can crush the crime empire and why

RICO was so valuable. I used it for financial crime and I used it against corrupt politicians. So when I tell you it can be used against the Biden crime family, it is one of the people telling you who was there at the beginning and who can tell you how to use it.

Hunter made the case by texting the contract. We are seeing it play out where he says he takes care of all of the expenses of the family. That is how the laundering happened. He is explaining the contract. That is how he got the bribe money to Joe,” Giuliani said, and he went into even more detail about Ukraine and how that is connected.

Giuliani added that he believes the Democrats have turned on Biden because he can not win the next election.

For some background, look up The Pizza Connection, and check out this video and the FBI fault..

#ThePizzaConnection is a real thing. @RudyGiuliani was the leader- pay attention.

Some people think that simple pattern recognition is called a "conspiracy theory"- they are just low IQ.

Giuliani talked about more details that show how to deal with Biden with RICO and how he was like a crime family and all I can think of is the connections to the huge 80’s trial:

More details, Giuliani is making it a talking point, the Biden crime family is similar to the organized crime families he busted up:

🔴 LIVE NOW: The Biden Family Reminds me of a Mafia Family

Giuliani appeared with Steve Bannon recently and talked about his work with what Bannon called the ‘ 5 crime families’ and about the history of crimes he busted up for the US and with Italy, who worked in partnership in the 1980’s in a case we know called The Pizza Connection.

Giuliani talked about the men he worked with who were killed for their work bringing down those mob members. Bannon talked about the way the US ‘Deep State’ is trying to take Giuliani down still for his work helping Donald Trump.

The comparisons between the Biden crime family and the mob are uncanny.

“These people are smart, cunning and evil; they need to take Rudy off the chess board,” Bannon said.

Giuliani talked about how he stays strong in the face of persecution, for the good of the country:

If you love your country, you'll always do the right thing—no matter the cost. https://t.co/fKwS5iuWbJ