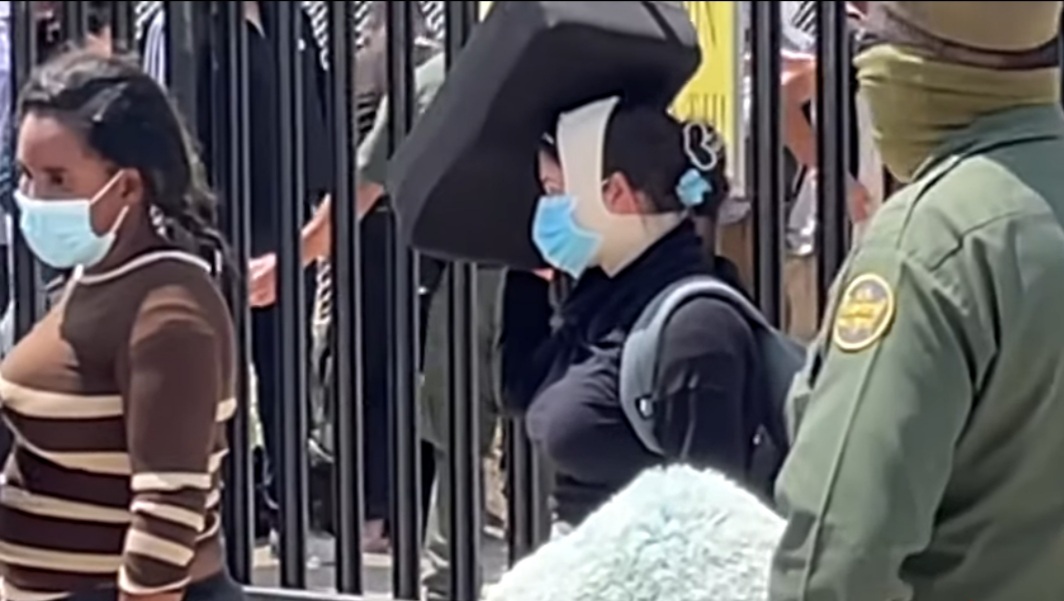 Ben Bergguam released a short video clip showing a large group of illegal border crossers, who were lined up with their luggage and boarding a bus under the watchful eye of a border patrol agent. After being taken somewhere, Ben has uncovered the undocumented foreigners will be placed in the United States someplace.

“A government that doesn’t protect its citizens from an invasion is no government at all!” Bergquam said.

Especially noteworthy was a woman who appeared to be bandaged from plastic surgery, who was seen waiting in line to board. Ben often talks about the outward appearance of wealth on some of the illegals, with expensive jewelry and new clothing, which busts the narrative that the illegals are poor and seeking emergency asylum.

“Did she just have plastic surgery and then break into our country? Unbelievable,” he said.

Please share this video and follow Ben on social media to help get his courageous reporting out, exposing the Biden Border crisis.