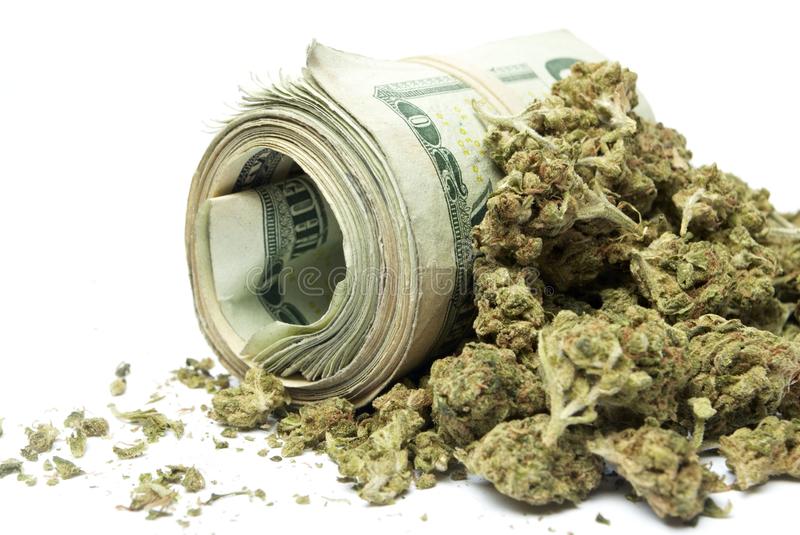 Sinaloa Cartel members want to get a jump on the potential legalization of marijuana in Mexico and US should pay attention to the massive wealth-building potential for one of the two largest drug cartels in Mexico.

The Sinaloa Cartel, also known as the CDS, the Guzmán-Loera Organization, the Pacific Cartel, the Federation and the Blood Alliance, is a large, international organized crime syndicate that specializes in illegal drug trafficking and money laundering, according to experts.

Center Square reported on the dangers of the Sinaloa drug cartel in the US:

Texas Gov. Greg Abbott, Florida Gov. Ron DeSantis and Florida Attorney General Ashley Moody warned about the dangers of illicit fentanyl being trafficked into the U.S. illegally by Mexican cartels and their operatives through the southern border, months ago.

Since last March, Texas law enforcement officers have seized over 352 million lethal doses of fentanyl in pill and powder form being brought in through the southern border – enough to kill everyone in the United States. Florida law enforcement officers over a several month period this year seized enough fentanyl to kill everyone in Florida. That was after officers in a separate operation seized enough fentanyl from a Mexican cartel-related drug bust to kill half of Florida’s population.

Earlier this year, DEA agents in a three-month operation seized 10.2 million fake prescription pills laced with fentanyl across all 50 states – after they’d seized more than 20.4 million fake pills in 2021 – a 50-fold increase in three years.

“Often, users have no idea that fentanyl is in other drugs until it is too late,” Moody warned, also highlighting the dangers of rainbow fentanyl, bright colored pills that look like candy to entice children and youth.

Abbott has called on President Joe Biden to designate the Sinaloa Cartel and the Jalisco New Generation Cartel, both primarily responsible for bringing in fentanyl to the U.S., as foreign terrorist organizations. Moody, leading a coalition of 18 attorneys general, has called on Biden to classify fentanyl as a weapon of mass destruction.

And now, according to Business Insider, the sons of “El Chapo” Guzmán are busy with a new business plan for their operation. “What we are trying to do is very simple: to produce the best weed in the world,” one grower with the cartel told media as Mexico ‘s laws are softening on the issue of growing, selling and dispensing marijuana.

“Ten years ago, weed was still being sold in dark alleys or delivered by shady dealers in old cars, but Culiacán now has almost as many marijuana dispensaries as Los Angeles, even though an ounce of weed could still land you in jail in Mexico,” the BI report continued, adding:

Since US states started legalizing marijuana — prompting a decline in Mexican weed being smuggled north — members of the Sinaloa Cartel have been looking for ways to adapt and take back the business that helped their predecessors build globe-spanning operations.

The key to their new business, according to Sinaloa Cartel operatives who spoke with Insider, is marketing.

“We don’t want to be associated with the shady drug dealer selling weed in the streets or out of a window. Look at the gringos, they are selling this same product in their beautiful stores. That’s what we want for the organization,” a Sinaloa Cartel member described by many as a “godfather” and who is in charge of funding the new weed industry, told Insider.

Sinaloa marijuana joints
Marijuana cigarettes inside a manufacturing house in Culiacán. Luis Chaparro
The organization — a term that members prefer over “cartel” — restructured its weed business and began a trial-and-error phase in Culiacán at the direction of Iván Archivaldo Guzmán Salazar, one of Guzmán’s sons with his first wife, according to the “godfather.”

Ivan and his brothers — known as “Los Chapitos” and members of a larger group of young cartel scions known as “narcojuniors” — have made Culiacán their stronghold and focal point of their efforts to expand into the marijuana business.

“The juniors put a lot of money into this, but more than money they were extremely cautious of the people they relied on,” the godfather said.

After El Chapo’s extradition to the US in 2017, Iván Archivaldo put together a group of five to six men who had “all of his trust” to serve as “godfathers” for a new marijuana business model.

Their role is to channel funds to a larger group of independent marijuana producers to experiment with strains, seeds, methods, and brands “until the organization finds a brand to compete or even overshadows the weed produced in the US,” one of the “godfathers” said.

The Sinaloa Cartel began recruiting young producers who do not identify as members of the organization and have three main characteristics: “their passion for weed, their knowledge of the weed production process, and that have lived in a US state where weed is legal,” according to the “godfather.”

Sinaloa marijuana joint assembly
Marijuana cigarettes are assembled inside a manufacturing house in Culiacán. Luis Chaparro
“My godfather asked me very straight up if I really knew what I was doing. I confessed that I had already started a small greenhouse for my own consumption but that if he were to trust me enough to fund me for a bigger one I could make the best weed in Sinaloa,” one of the local producers, who had lived in California, told Insider.

The producer, a 31-year-old man originally from Culiacán, allowed Insider to enter one of his greenhouses, a state-of-the-art indoor operation with over 200 small marijuana plants. The plants were cared for by heat and lights, with security cameras and music running 24/7.

“What we are trying to do is very simple: to produce the best weed in the world. We buy seeds from the US, from Europe and from Canada and then we mix them and experiment with them until we get new strains original to Sinaloa,” he said.

After the plants are fully grown, the weed produced in the greenhouse is taken into a different location managed by different people, where they make pre-rolled joints, wax, edibles, and a dozen other products.

The manufacturing place is a large house in a middle-class neighborhood in Culiacán where some five men oversee the operations. Each room has a different process: one for stashing the bags of weed coming from the greenhouses, another to fill the pre-rolls, another to press the weed with heat to produce the wax, and one to package and brand everything.

“The best sellers are the pre-rolled [cigarettes], and we make those by hand. We hired three people to roll joints and we are manufacturing around 1,200 to 1,500 a week,” a man in charge of the manufacturing process said.

This manufacturer alone sells over 1,200 pre-rolled weed cigarettes, each for 140 Mexican pesos, or about $7, making around $400,000 a year. The “godfather” said that the organization has at least 20 different manufacturing houses under different brands.

Insider conducted interviews in a house producing “Star Kush,” which is probably Culiacán’s most well-known brand.

“Its logo has an astronaut eating a slice of pizza — the pizza is used by the Sinaloa Cartel to reference “La Chapisa,” the people working for “El Chapo” and his sons. The astronaut sits on top of a huge tomato, a reference to Culiacán, which is Mexico’s biggest tomato exporter,” Business Insider reported.

The products are sold at about 20 dispensaries scattered around the city and owned by the same “godfathers” funding the operations. Iván Archivaldo Guzmán receives more than 30% of the revenue, according to the sources interviewed by Insider.

“We only have the permit to produce. The organization is giving us their money, their trust, and the green light to make the best product. But we can only sell to one client: the organization. We get a good pay for our job, not in the millions, but enough to live off well, but more than that, the opportunity to develop top-notch weed,” one of the producers said.

Mexican lawmakers have yet to fully legalize marijuana, including its production and sale, at the federal level, but El Chapo’s sons are looking to get the jump on what could soon be a legal and lucrative business.

“Los Chapitos” ultimately want to build a weed business in Culiacán as big and as flashy as the one in Los Angeles, and like their father, they aren’t waiting for when the law says they can do it.