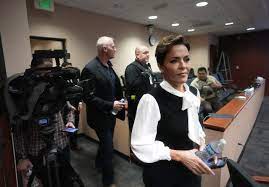 Frontline America founder Ben Bergquam had a front-row seat to the Kari Lake campaign and to all of the events on election day and then after. Bergquam a correspondent for Real America’s Voice and a frequent guest on the War Room, was a major contributor to independent media’s understanding of the lawsuit, the hearing, and now the appeal that has been filed by Lake’s legal team.

Here is what he is saying about what is unfolding in the state for election integrity:

“Democrats used COVID to steal our elections! That’s 100% right. I was in both impeachment hearings, (a.k.a the Democrats first two coup attempts). I walked out of the last one and thought, “what are they going to do next?” The next week, right after Trump initiated his first round of tariffs on China, Covid hysteria began. Covid was used to implement massive vote-by-mail and justify the lack of signature verification (fraud). Add in day of election malpractice and machine manipulation, and it’s virtually impossible to stop.

But it wasn’t just the Democrats in Arizona or in 2020. Democrats stab us in the front, RINOs stab us in the back, and have allied with the enemies within against MAGA candidates. Katie Hobbs should be disqualified in Arizona, but so should Stephen Richer, Bill Gates who ran a PAC against Kari Lake and the MAGA field, yet we’re expected to believe the Election Day disaster was a accident! The only solution in Arizona is to throw out the fraudulent election and do it over with a third party arbitrator!

The only solution is:
•one day of voting,
•in person,
•with voter ID,
•on paper ballots!

We must get this fixed before 2024, and reverse the thefts of 2020 and Arizona 2022. Every MAGA patriot needs to be supporting Kari Lake in her fight to restore Arizona election sovereignty. Any talk about moving on without doing that is a waste of time – the definition of insanity!”

What is really crazy is the number of ballots that people know are problematic, close to 300,000 ballots have chain of custody issues, and there are laws about such things- which AZ judges are ignoring:

This week the biggest update in the pursuit of election integrity is that Kari Lake is still contesting 2022 midterm election- she hasn’t given up on the results in Arizona. Lake’s team filed an appeal notice to overturn the judge’s decision to dismiss her election lawsuit, challenging her loss to Democrat Secretary of State Katie Hobbs in appeals notice filed to the Arizona Superior Court.

Lake’s challenge includes complaints about the dismissal of several counts that were thrown out by Maricopa County Superior judge Peter Thompson in his decision. Thompson ruled Lake’s campaign did not have sufficient evidence to support her claims and now Lake and her team want the next court to go back and consider everything in the original lawsuit- including chain of custody.

Lake has said that the election was influenced by intentional misconduct by Hobbs and election officials and that Thompson was biased in his decision.

Lake was ordered to repay pay 30,000 dollars in expert and witness fees, it’s not clear when the judge will make a further decision on Lake’s appeal, although Lake’s team noted in her filing that she will seek direct review by the Arizona Supreme Court.

The Philadelphia Inquirer reported on the Lake appeal update and highlighted the testimony of one expert named Heather Honey that may come back into play if the chain of custody is addressed.

Honey’s courtroom testimony, in the hearing in from of Judge Thompson, alleging voter fraud in heavily populated Maricopa County didn’t sway a judge who tossed out Lake’s challenge, but her testimony impressed many people.

“After the Lake trial, Honey has continued the mission that has consumed her for more than two years: disputing the validity of President Joe Biden’s 2020 election victory over Donald Trump in her home state,” the outlet reported pointing to the tweet below from Drew Hernandez.

KARI LAKE TRIAL: Heather Honey, Investigator and Supply Chain Expert with 30+ years experience sends hack defense lawyer packing after she answers his loaded legal question in what appears to be an attempt to intimidate her pic.twitter.com/Ra5oiOExX9— Drew Hernandez (@DrewHLive) December 21, 2022

Chain of custody was an issue in Georgia elections, and Lake retweeted a story last week that showed in the state of Georgia, officials ordered a new election over the issues there- giving some hope to the supporters of Lake.

The most recent developments from Rasmussen are tracking the various rulings, and highlighting the testimony of Richer which is called out in the appeal:

Lake is not ready to let it go: