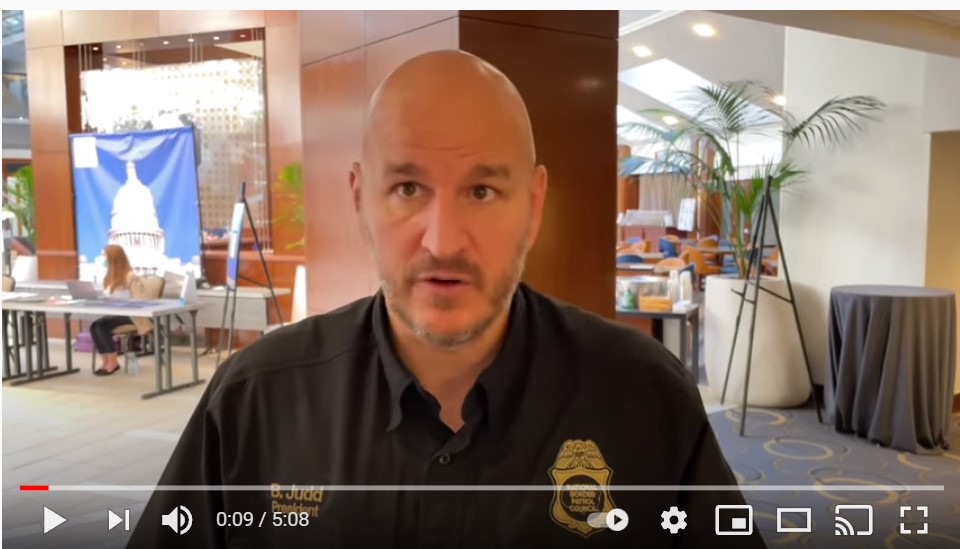 Ben Bergquam, in his continuous courageous coverage of terroristic threats on the Southern Border, sought out another first-hand source of information by a man who has a lengthy experience in border security. What this man told Bergquam solves a riddle of why so many people are fleeing to cross over our borders illegally at this time.

“24 year Border Patrol veteran, Brandon Judd talks about the current state of the border, terrorist threat, COVID and Welfare to illegal. The worst part is the Democrats in charge know every bit of this and they’re doing it anyway. Please share and demand that this invasion stops,” Bergquam reported.

Bergquam, as can be seen on his youtube channel Frontline America, has brought many stories to the American public about the risky numbers of illegals who are invading small towns in both Mexico and the United States. He has investigated and gotten some confirmation on how the government-funded the migration using nonprofit groups called NGOs.

Bergquam has gotten eyewitness testimony about the suspicious heath conditions of the illegals, who are being transported around the country by flights and by Bus.

The mainstream media used to bring facts to the American people, now the only hope of understanding current events is to find independent reporters like Bergquam, founder of Frontline America and contributor to Real Americas Voice, to get real information.

And what he just uncovered about the reasons for this current migration, in an interview with Judd, should deeply concern you and be covered everywhere.

But first- a call to action:

Please share these videos and articles with everyone, so people know how little our civil servants are concerned with allowing unvetted immigration, and supporting corrupt nonprofit groups- who are assisting in destroying our country.

And if that isn’t bad enough listen to the whole interview for more shocking news that Democrats don’t want you to know about how no one has control over them, once they are released.

“They are being released into NGOs, who are supposed to test them, but we have no more control over them as they go into the custody of the NGO’s,” Judd said.

“We are in a bad place and at risk of losing our borders altogether. We have seen many migrants from Western Africa. There are gaps in our coverage that is leaving gaps in the border that help cartels who are able to bring in their high-value items. Cartels are advertising their services in countries from around the world. We are arresting people from 151 countries, and that includes people who hate America and want to de-stabalize us. It is not rocket science to solve these problems and give us the policies to help us. It is intentional. We know that if they get more people into the country they get more voters,” Judd told Bergquam.