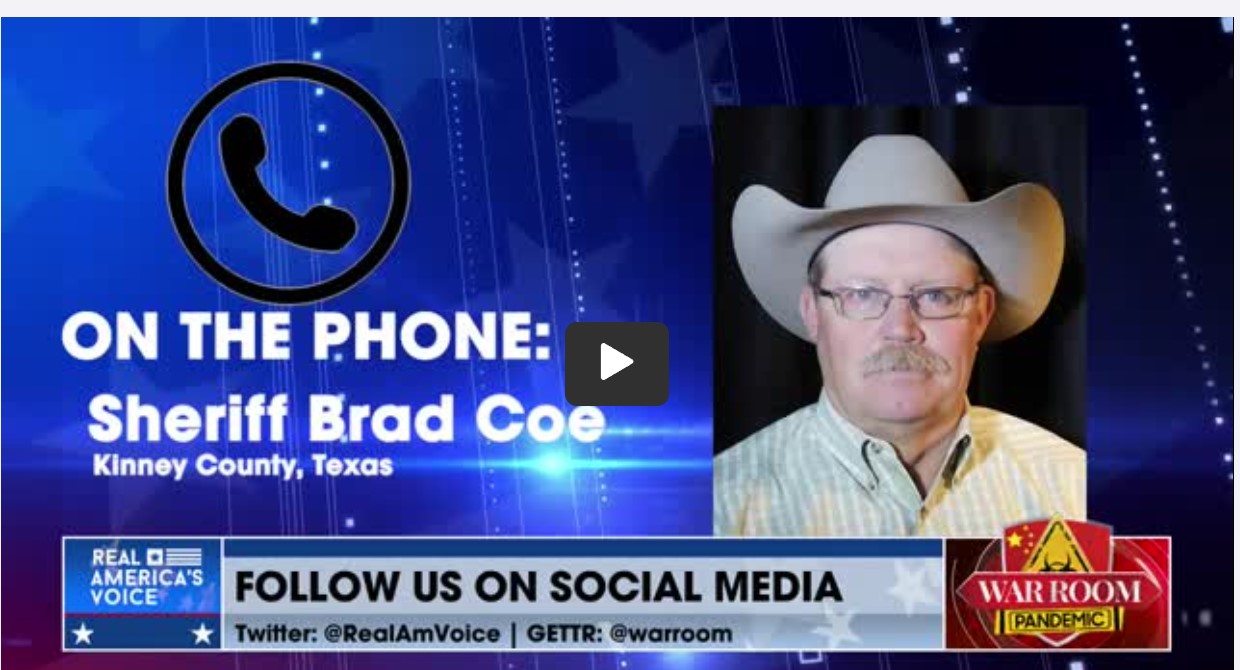 The following footage is essential for the American people to see and understand the threats we face from an unprotected border and an out-of-control Federal Government. The latter appears to have designed an illegal invasion of our Southern border towns.

On Monday, a Texas Sherrif told Steve Bannon, on his War Room Podcast, that he had put in a request with Republican Greg Abbott’s office for assistance from the National Gaurd to address a massive swell of people who are headed toward the United States.  Abbott, the Governor of Texas, had not responded, according to the Sheriff.

At issue is an estimated 400,000 people headed toward Texas, including what is estimated as 60,000 people from Haitti Bannon said.

“The Govenor has the right to call up the National Gaurd for an invasion- and that is what this is,” Coe told Bannon.

Abbott has been under scrutiny from border control proponents, activist groups, and voters alike for talking about protecting the border- and then not following through.

“This is not a crisis so much as it is planned,” Bannon said, describing the situation that is unfolding at the border, which has already impacted states as far north as Maryland.

The reality that border agents face is nothing that the Democrat administration has seen because the politicians in Washington DC have not even bothered to ask the people, like Sheriff Brad Coe, what they are really facing- let alone visit the area.

According to Sheriff Coe, he considers impact of what is coming a human invasion of the border. And he feels outnumbered.

Listen to his own words as he describes what is unfolding:

Leprosy Coming Over The Border https://t.co/VsVrvtI4Ff

Earlier in the show, Bannon showed a clip of how flippant and arrogant Democrat politicians in DC are about the concerns of people like Coe, with long-time DC insider, US House Rep. from Texas, Shelia Jackson Lee dismissing any requests for help as racist. The clip also featured Anthony Fauci discussing matters he has no actual experience with.

Listen as Coe explains that the only way he really knows how to get the help he needs to protect the country is to embarrass the civil servants who make up the policies that would give him, and other law enforcement, the help they need.