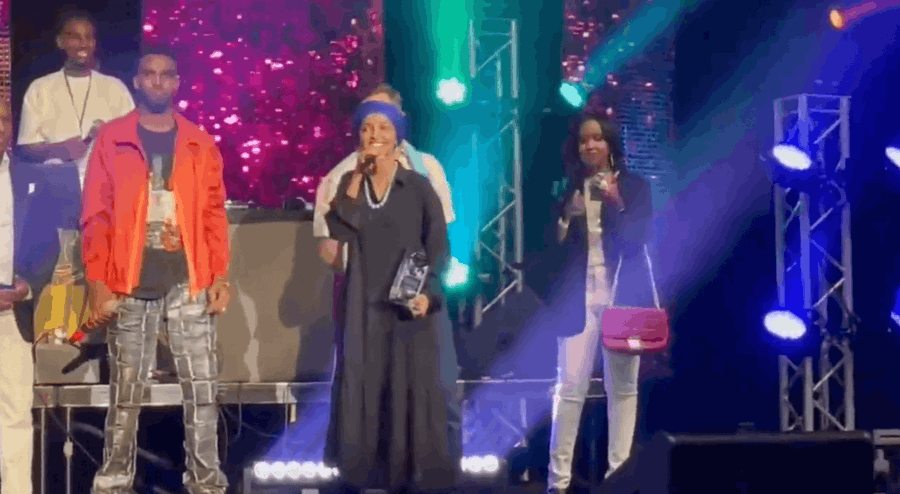 One of the most radical Marxist-left, anti-Americans in Washington DC is Ilhan Omar, a former refugee who was rescued by the United States of America and treated like a princess- and who does nothing but spit at the American flag that saved her life and made her rich and powerful.

And it is not only long-time Americans who are disgusted by her and her politics- now we have proof it is her own Somali-Muslim people, who appear to seeth with hatred for her as well.

Omar faces a primary election, with early voting starting at the end of July:

And if last night was any indication- Omar has a steep hill to climb to remain in office.

And crowds were fired up to chase one US rep off the stage when she dared show up and try to get treated like a Muslim rock star.

What does it feel like to be booed by over 10K people at one time?

Well, Ilhan Omar just found out in Minnesota when she showed up at a huge concert put on by Somali singer Soldaan Seraar.

The crowd not only booed her, but they also chanted “GET OUT” and “GET THE F**K OUT.”

Ilhan is not popular amongst her own people…that says a lot, right?

“Watch the Dark Legacy on Muslim Skeptic for more info in this disgusting women, a disgrace to the Somali community and the Ummah as a whole,” a Youtube poster who goes by,Salafiyyah:TrueIslam , posted about US Rep. Ilhan Omar being booed.

El American Reported about the scene:
Radical Rep. Ilhan Omar (D-MN) was booed savagely at a Somali music concert at the Target Center in Minneapolis on Saturday. Watch:

Shukri Abdirahman, a conservative Republican who had made a brief bid for Omar’s seat in Minnesota’s fifth district, shared video of the audience booing the current Congresswoman.

This’s what she gets for trading her Godly, Conservative values for the sinful LGBTQIA’s & the promiscuous abortionists.

Watch Ilhan Omar get booed for a minute straight at a concert in Minnesota featuring a Somalian singer pic.twitter.com/aop1sWJSaS

Abdirahman pointed out that the concert was last night and added that “the crowd booed for nearly ten minutes.”

Just days before Omar had released a statement to the media

“The Clean Air Act is a bedrock of environmental law and of modern society. In explicitly lays out our responsibility to protect the nation’s air quality by limiting pollution. Since 1970, thanks to the Clean Air Act, we have had a significant drop in major pollutants like particulate matter and nitrogen oxides. Make no mistake: it is one of the most effective tools we have to clean our air and save our planet in the face of the existential climate crisis.

“This ruling not only flies in the face of the letter of the law, but of basic morality. It makes it nearly impossible for us to stave off the worst of the climate crisis, and will fall hardest on the most vulnerable communities. Like the decision overturning Roe, the reasoning risks eliminating other precedents, including dozens of regulations that keep our water safe, protect us from heat, and toxic chemicals.

“Even more worrisome, it is only the latest signpost in the frightening backsliding of US democracy.

“Democracies’ legitimacy rest on the consent of the governed, on the premise that decisions made by civic institutions reflect the will of the citizens and non-citizens they impact. From the January 6th insurrection to stolen seats on the court, it has become increasingly clear that our country is in the midst of a democratic crisis, with the Supreme Court at the heart of it.

“Serious times call for serious leadership. 75 percent of Americans currently think the country is headed in the wrong direction. Nearly 60 percent worry our democracy is in danger of collapse. And their worries are not misplaced. We need an ambitious sustained democratic reform movement. Nothing less than the fate of our republic is at stake.”