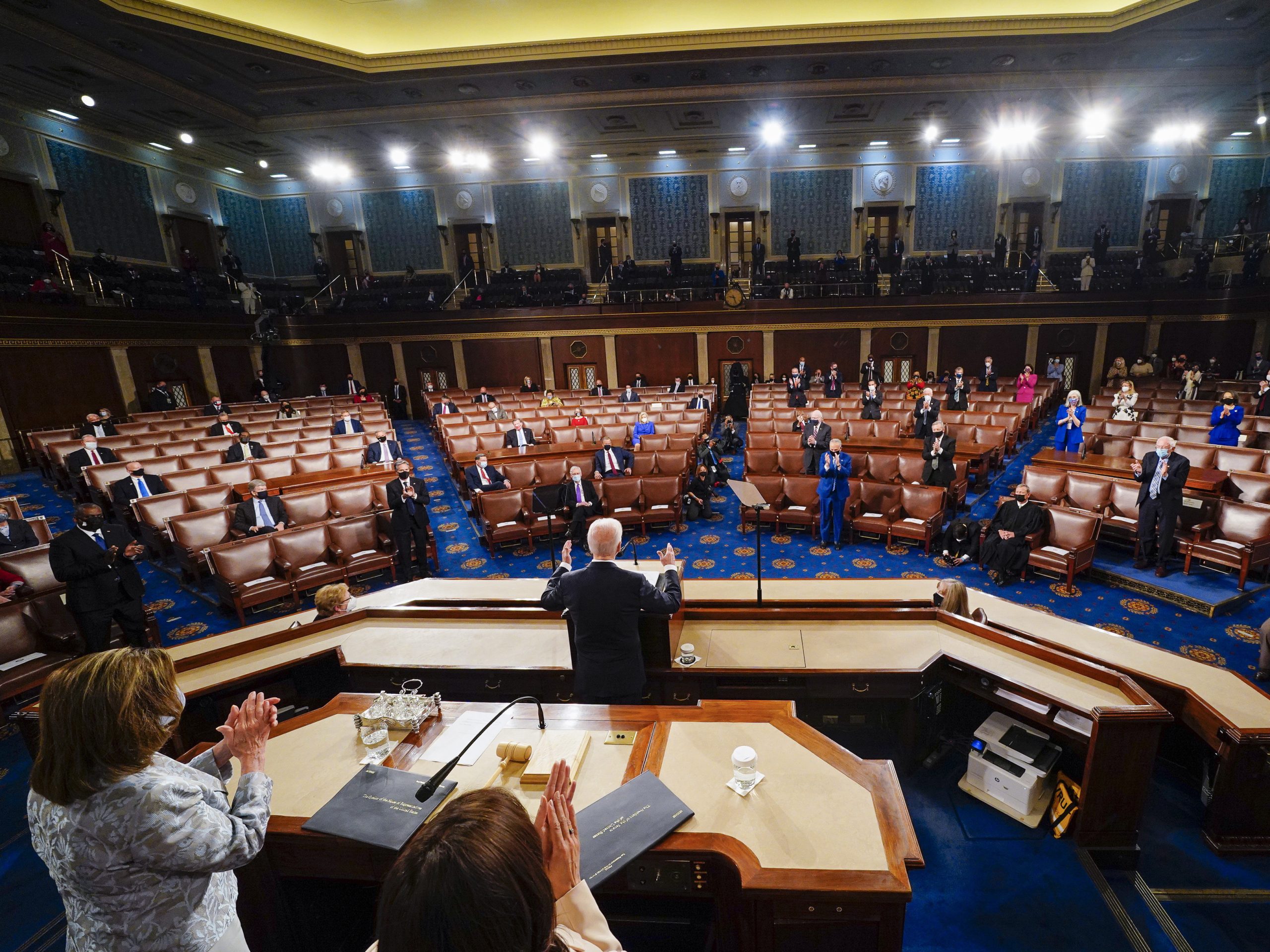 Democrat Joe Biden will deliver his first State of the Union address on Tuesday night. The speech comes as the country approaches the third year of the coronavirus pandemic, and amid rising concerns about the economy and challenges from abroad.

Here’s a look at public opinion on some of the key issues facing the country, drawn from recent Pew Research Center surveys.

Americans are most concerned about the economy

More Americans say strengthening the economy should be a top policy priority for Biden and Congress to address this year than say the same about any other issue. Most U.S. adults (71%) identify this as a top concern, according to a Center survey conducted in January that asked about the importance of 18 policy priorities.

The public’s concern about the economy comes at a time when inflation in the United States has hit a 40-year high. Large majorities of Americans say prices for food and consumer goods (89%), gas prices (82%) and the cost of housing (79%) are worse than they were a year ago. Only 28% rate economic conditions as excellent or good.

Still, the share of Americans who cite strengthening the economy as a top priority has dropped 9 percentage points from a year ago, and concern about jobs has declined. Only about half of Americans currently view improving the job situation as a top priority (52%), compared with 67% last year. Prior to the COVID-19 outbreak in 2020, there had been long-term drops in the shares citing the economy and jobs as top policy priorities.

The share of Democrats and independents who lean toward the Democratic Party who say strengthening the economy should be a top priority has fallen from 75% a year ago to 63% today. There has been almost no change in views among Republicans and GOP leaners: 85% said it was a top priority last year, and 82% view it that way today.

Waning concern about the COVID-19 pandemic

Dealing with the coronavirus outbreak ranked among Americans’ top three policy concerns in the January survey, but Americans view it as less important than they did last year. Six-in-ten now say it should be a major priority, down from 78% who said this in 2021.

The share who say dealing with the pandemic should be a top policy priority has fallen among members of both political parties, but the decline is steeper among Republicans: 60% said the pandemic was a top priority a year ago, compared with 35% today. Among Democrats, 93% viewed it as a major priority last year, compared with 80% now.

Younger people are also less likely to identify this as important than older Americans. Roughly half of adults under 50 (54%) say dealing with the coronavirus should be a top priority, compared with 61% of adults ages 50 to 64, and 72% of those ages 65 and older.

Nearly two-thirds of women (65%) say that this should be a top priority for the president and Congress this year. A smaller share of men (54%) say the same.

Before Ukraine invasion, Americans were divided on Russia threat

When it comes to rising U.S.-Russia tensions, an early January survey found that 26% of Americans considered the Russian military buildup near Ukraine to be a major threat to U.S. interests, while 33% said it was a minor threat to U.S. interests. Another 7% said it was no threat at all. A relatively large share of U.S. adults (33%) said they were not sure how Russian actions toward Ukraine affected U.S. interests. The survey was conducted prior to Russia’s invasion of Ukraine, before the U.S. put troops on higher alert, and before NATO announced that member countries would send military support to the region.

When it comes to other foreign policy concerns, the share of Americans who rank defending the country against future terrorist attacks as a top policy priority has been steadily declining in recent years: 55% of Americans said in the January policy priorities survey that this should be a major priority, dropping from 63% last year and 74% in an early 2020 survey.

Dealing with global climate change was among the most politically divisive issues on the January survey: Roughly two-thirds of Democrats (65%) say this should be a top priority for Biden and Congress this year, compared with just 11% of Republicans.

In a survey conducted in April 2021, majorities of Americans said the federal government was doing too little to reduce the effects of global climate change (59%) and to protect important aspects of the environment including air quality (59%), water quality of lakes, rivers and streams (63%) and animals and their habitats (57%).

Although the Biden administration has acted on a number of fronts to reverse more restrictive Trump-era immigration policies, deportation remains an important concern for many U.S. Latinos. A March 2021 survey of Latino adults found that nearly four-in-ten Latinos (39%) said they worry that they, a family member, or someone close to them could be deported. That concern was even higher among immigrants.

A spring 2021 survey found that 84% of Hispanic adults said there should be a way for undocumented immigrants to stay in the country legally if certain requirements were met, compared with 69% of U.S. adults overall.

Half of all adults said in a July 2021 survey that “a lot” more needs to be done to ensure equal rights for all Americans regardless of their race or ethnicity. About as many said either that a little (34%) or nothing at all (15%) needs to be done. Around a quarter of adults (24%) said that while there are many inequities in U.S. laws and institutions, necessary changes can be made by working within the current systems, while roughly as many (25%) said that most laws and major institutions need to be completely rebuilt because they are fundamentally biased against some racial and ethnic groups.

About six-in-ten Americans (61%) say that reducing health care costs should be a top policy priority for the president and Congress this year, according to the January survey. This is a leading priority for Democrats, 69% of whom view it as a top priority; only dealing with the coronavirus ranks higher (80%). Fewer Republicans (53%) identify lowering health care costs as a top priority.

The public’s views of the court are as negative as they have been in many years. Democrats have expressed increasingly unfavorable opinions, according to a survey conducted in early January, before Justice Stephen Breyer announced his retirement and Biden reiterated his pledge to nominate the first Black woman to the Supreme Court. The survey also found that the overall public sees the court as more ideologically conservative than two years ago, and that view is particularly true of Democrats.

Congress continues to face gridlock on a variety of issues, and members of both political parties are less willing than they were a year ago to support concessions from their parties’ leaders to achieve results, a January survey found. Nearly half of Democrats (48%) want Biden to “stand up” to Republicans on issues important to his voters, even if it makes it harder to address key problems – an increase from the 37% who said this last year, shortly before his inauguration. About three-quarters of Republicans (72%) want GOP leaders to stand up to Biden, up 13 points from last year.