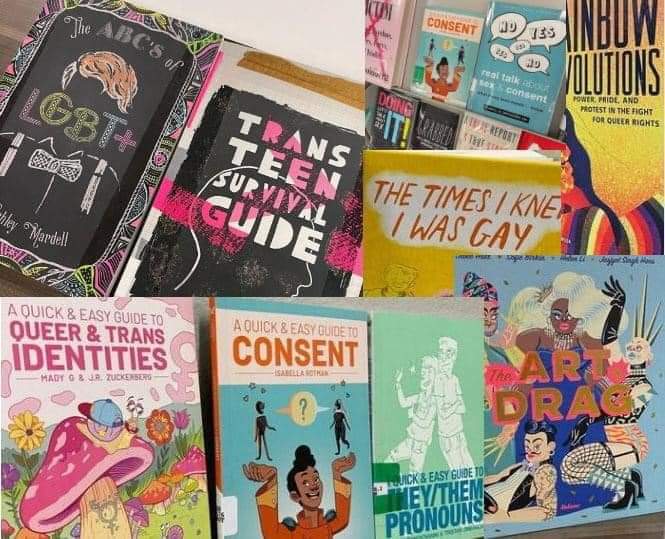 As many parents around the country are discovering for themselves, the only way of impacting schools and the school’s unfavorable acts on school children is with legislative action. Topics like Critical Race Theory and sexually explicit materials in school libraries are being taken on- head first- by one state legislator in Oklahoma, who is working successfully with activists.

“I think schools should focus on math and science and reading and those topics that taxpayers expect their money to be paid for,” said Oklahoma state Sen. Rob Standridge. “I don’t think that’s the place for teaching sexual orientation and sexual identity.

“A new Oklahoma bill would give parents the right to remove books with sexual content from their school libraries.

Senate Bill 1142 gives parents the right to request a book be removed from a school library if the book in violation contains sexual content that “a reasonable parent or legal guardian” would want to approve of before their child reads it.

Under the legislation, only one parent needs to object to a book in order for it to be removed. The school is then given 30 days to get rid of it. If the school does not comply, the employee tasked with removing the book will be dismissed and not eligible for reemployment for two years.”

State Sen. Rob Standridge opened up about his concerns with several “overly sexualized” books, explaining that parents have been complaining about them for years.

“I think parents and grandparents, guardians should have a say on whether their kids are exposed to those books,” Standridge said in an interview with McAlester News-Capital. “If they want them, they can take (their children) to their local library.”

According to the bill, parents and legal guardians may seek monetary damages “including a minimum of … $10,000 per day” the book is not removed.

Standridge works closely with activists- as highlighted by his opponents:

From Standridge’s wrote out further thoughts on his Facebook page:

“The oversexualization of children in our public schools is very much akin to how Boy Scout leaders for decades sexually groomed their students/scouts by giving them first very sexual material and then moving on from there. Public school libraries are not the appropriate place to provide and promote such sexual material; this is exclusively the role of parents and guardians unless a parent or guardian explicitly gives informed permission for such sexual training.I would respectfully request parents and grandparents throughout our great state to continue to stand up and demand that parents be respected for their constitutional right to raise their child how they see best. These very sexual decisions are not up to schools, they are up to parents. For those constitutionally ignorant posters that reference the First Amendment, I would say you are half right: there is a First Amendment violation here, but it is not freedom of speech as this does not apply to an adult sharing sexually related materials with minors that they entrusted with from the child’s parents, but it definitely violates a parent’s First Amendment religious liberty right to raise their children how they see best, religiously and every other way.

Key Point: What is needed in every state is the type of legislative action that comes from a working knowledge of state legislative bodies.  Seasoned activists know that happens through good old-fashioned, well-researched white papers and citizen lobbying.

A white paper is a report or guide that informs readers concisely about a complex issue and presents the issuing body’s philosophy on the matter. It is meant to help readers understand an issue, solve a problem, or make a decision.

Standridge spoke to John Fredricks about Critical Race Theory in 2021 and said, “We can’t make a child feel inferior or superior because of the color of his skin, that is what the Critical Race Theory is about.  The most disturbing thing is that the school board censored the Governor for signing the bill.  Activist are spreading misinformation about the bill and it shows how far the left will go to indocrtante our children,”

Pointing out that the school board works with their own activists.

The left has well-organized activists groups who function to push through the legislation that is favorable to their agenda.  The right is beginning to experience the same sort of grassroots organization.

Numerous states are grappling with this issue currently.

Going down a Rabbit hole, for more reading on successful activists: