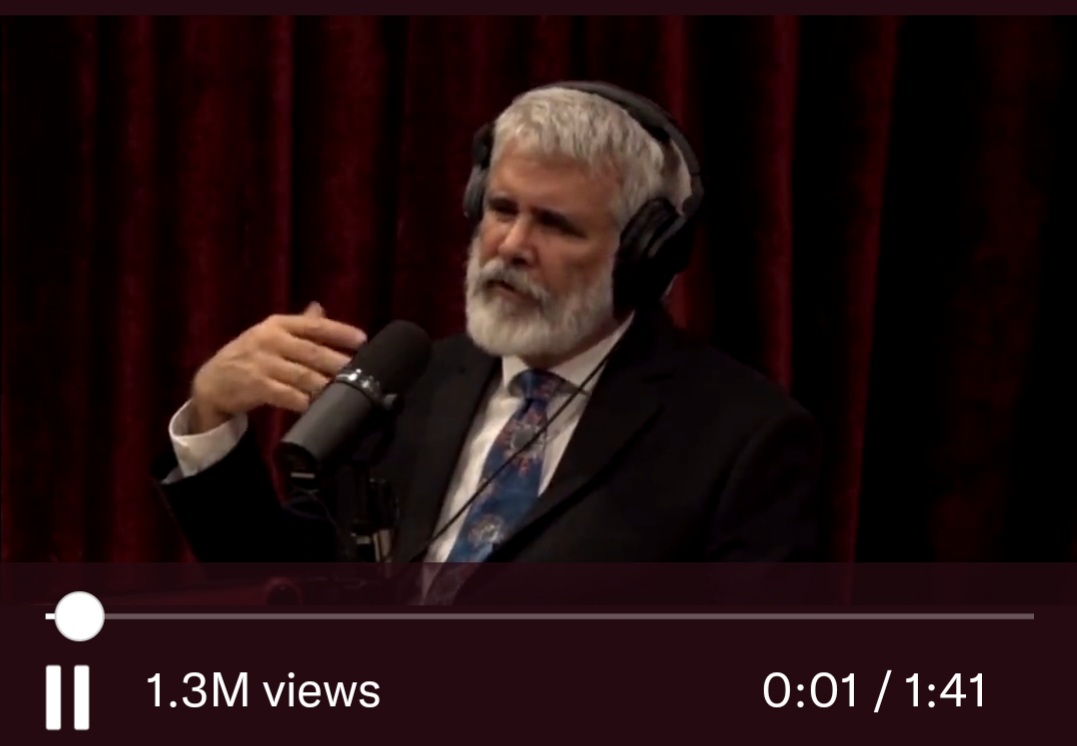 After being censored on Twitter, Dr. Robert Malone appeared on a top-rated podcast and talked about several important issues about what has happened to the United States of America in a short period of fewer than two years.  One major take-a- from his interview was that he supports an upcoming rally in Washington DC to protest the mandates for a vaccine he does not believe is the solution to our many problems.

“Robert Wallace Malone is an American virologist and immunologist. His work has focused on mRNA technology, pharmaceuticals, and drug repurposing research. During the COVID-19 pandemic, he has been criticized for promoting misinformation about the safety and effectiveness of COVID-19 vaccines,” according to a WIKI page on Malone.

The Malone interview lasted for three hours, as Joe Rogan and Malone explored many topics of concern for most Americans. One of the biggest bombshells of the discussion was a slapdown of the company behind the COVID shots.

Malone told Rogan,  “The hospitals receive a $3,000 bonus if someone is hospitalized and declared Covid positive.”

Malone is known for his conflicts with pro-vaccine measures, stating numerous reasons why his research disagrees with the actions of the companies who are behind the COVID shots.

The entire podcast is available:

Casting doubt on the ethics of what is known as “big Phrama” or the companies who produce the COVID shots. Malone’s interview could be seen as a Call to Action for an event scheduled for Jan 23rd called “Defeat The Mandates.”

Readers can find information about the rally at: Defeat The Mandates

Plan for organized opposition-the left is already upset about the rally:

Malone’s appearance on Rogan went viral, as many people from historically different political agendas agree on their suspicion of the vaccines.

Malone has impressive support from medical professionals like Dr. Peter McCullough, who gave Malone’s appearance on Rogan’s Two thumbs up”, in agreement.

“Dr. Malone as a dedicated physician-scientist builds upon my clinical interview with Joe Rogan to tell Americans the truth about mass formation psychosis, big pharma, and how Americans are being harmed with each and every administration,” Dr. Peter McCullough wrote in response to the interview.

RECENT MALONE DEVELOPMENTS IN THE MEDIA

Twitter on Wednesday suspended the account operated by Dr. Robert Malone, a U.S.-based virologist, and immunologist credited for significantly contributing to the invention of the mRNA technology, the foundation of the Pfizer and Moderna vaccines against Covid-19.

The ban came just hours after the AP posted a controversial “fact check” report claiming Malone “misled” people by claiming the vaccines are failing against the Omicron variant.

On the targeting of McCullough:

On the formation of mass psychosis:

On Joe Rogan, Dr Robert Malone suggests we are living through a mass formation psychosis. He explains how and why this could happen, and its effects. He draws an analogy to 1920s/30s Germany “they had a highly intelligent, highly educated population, and they went barking mad”

On the eradication of Bio-ethics by the US Federal government: