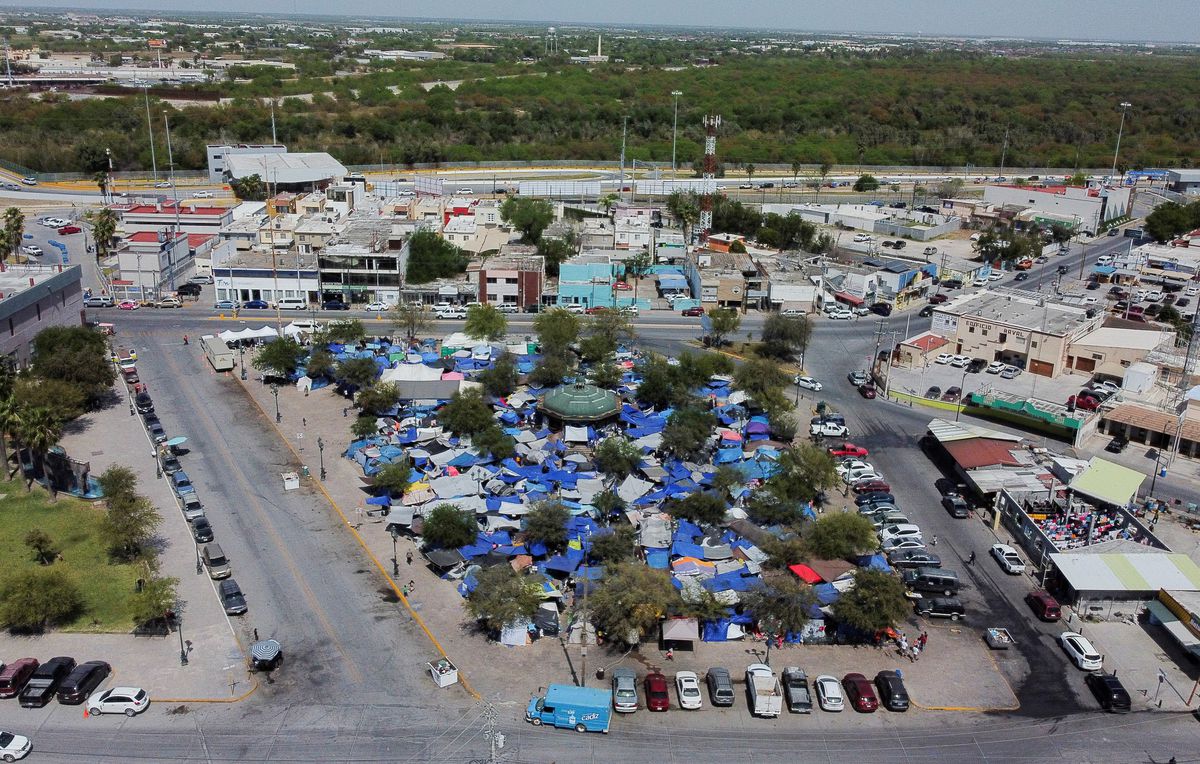 MEXICO CITY, May 3 (Reuters) – Mexican authorities have cleared a makeshift encampment of migrants in the northern border city of Reynosa that had grown over the past year to hold some 2,000 people, Mexico’s migration institute (INM) said on Tuesday.

Many of the migrants, who are mainly from Guatemala, El Salvador, Honduras and Haiti, were taken to a nearby shelter, INM said in a statement.

People have gathered in the area because of the free resources given to them on their journey.

— The immigration Coalition (@TheImmCoalition) May 5, 2022

The Reynosa camp formed in March 2021 in a public plaza right across the U.S. border from McAllen, Texas. Many of the people camping in tents or under tarps say they fled violence or persecution in their home countries.

Images released by INM showed migrants walking in a long line away from the camp on Monday night, toting suitcases, backpacks and other belongings. INM said the people left close to 11 p.m. under the watch of local police and the National Guard, a militarized police.

The Reynosa camp had concerned migrant advocates due to its location in one of Mexico’s most dangerous border cities. In February, Mexican authorities also cleared out a major migrant camp in the border city of Tijuana where activists had criticized the conditions.

Such camps grew during the coronavirus pandemic after former U.S. President Donald Trump’s administration implemented a health order turning away asylum seekers and other migrants at the border.

President Joe Biden’s administration said in March it would end the measure by May 23, and formally announced the decision in April. Shortly after, a U.S. judge temporarily stopped authorities from proceeding.

Department of Homeland Security (DHS) Secretary Alejandro Mayorkas discussed the U.S. strategy to prepare for the end of the policy with Mexican Foreign Minister Marcelo Ebrard in a meeting in Washington on Tuesday, his office said.

Ebrard later said he still needed to see the full plan, and warned that the end of Title 42 could spur more migration through Mexico.

The two also spoke about ways for the United States and Mexico to help regional efforts to manage borders and send back migrants who do not qualify for humanitarian relief, DHS said.

Christa Cook, a founder of U.S. aid group Solidarity Engineering that provided potable water and toiletries for camp residents, said only 400 people still remained at the Reynosa camp as of Monday night, including about 150 children.

Many of the migrants, including families with young children, had spent months living at the camp, which had grown to cover the entire plaza.