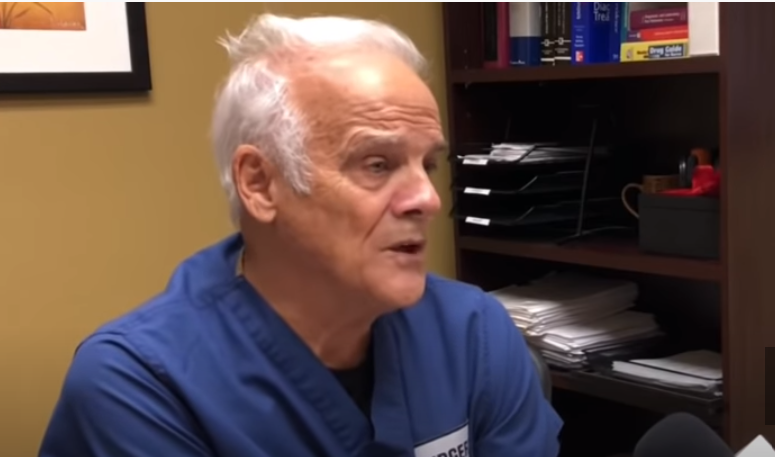 “This is the most important interview I have done in my life and I need you to share it with others because there is a media blackout on this information,” Ben Bergquam, the founder of Frontline America, said.

“This should blow your mind, what you are about to hear, there is an attack on science and on doctors and medicine in America. There are people who do not want you to see this video,” Bergquam said about the number of deaths increasing since June 15th.

The following interview of Dr. George Fareed highlights the use of Hydroxychloroquine, Zinc, and Azithromycin to fight COVID-19.

“The government is giving up on their constituents by not talking to me, media people promise they would interview me and don’t, and they are suppressing this through the mainstream media, and it costs lives,” Fareed told Bergquam.

The Desert Review reported on Fareed:

“A front-line local doctor treating COVID-19 patients claims to have figured out what works to keep his patients alive. He claims to have answers on better controlling and curbing, a pandemic that knows no boundaries.

Dr. George Fareed is a physician who can be spotted during football season as local high school’s field doctor working with athletes from Holtville, El Centro, Imperial, and lately, with Brawley Union High School.

Fareed graduated with honors in 1970 at Harvard and pursued medical studies, research, and teaching at Harvard and UCLA in the first 20 years of his career. Fareed returned to clinical medicine in 1991 when he came to the Imperial Valley to establish a general practice.

No one who knows him well was surprised to see him jump into the COVID-19 pandemic full force. As hot spots jumped from city to city, cases and deaths rose, businesses and schools closed down, Fareed began testing for the virus, followed by caring for patients at home, in the hospitals, and in the local COVID-tents set up by the hospitals and the National Guard.

“I became so frustrated.” Fareed said as he listened to national news and the Task Force. What he was hearing and what he witnessed first-hand did not correlate. He began zoom meetings with other front-line doctors on the east coast and found they had the same experiences he did, finding what worked and what didn’t, finding preventatives before exposures, and keeping his patients alive.

The frustration levels rose between Fareed and other doctors that action had to be taken, he said. Fareed has written letters to President Trump, Representative Juan Vargas, and the Presidential Task Force. He continues Zoom meetings with other doctors, and hope to get to Washington D.C. to share their knowledge and results.”