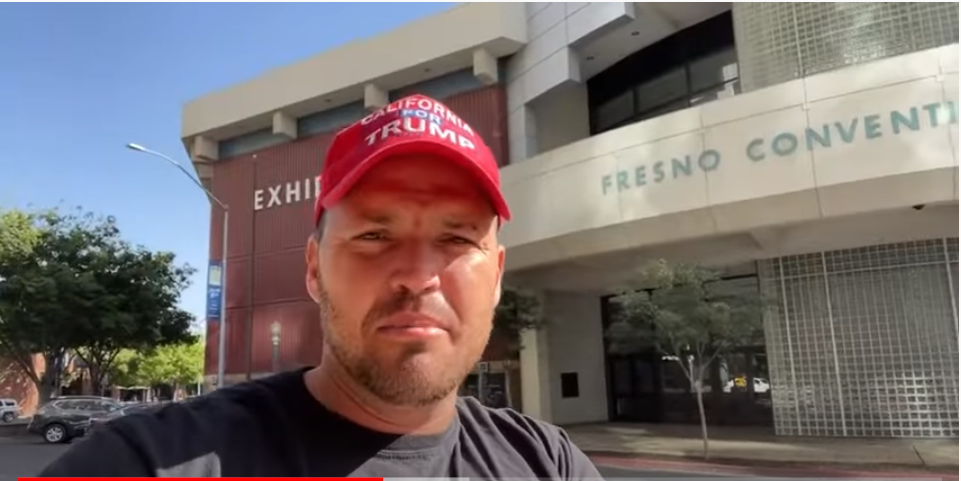 “I’m really excited that we are going to join Jeremy Herrell from Live from America, this Saturday starting in Atlanta, McAllen Texas, New Orleans, and Houston and talking to Americans. What makes America great and we want to expose the left that is destroying America. We will be going to Cranberry PA at some point as well,” Bergquam said.

“What are the problems in your community?” he said about what the tour is hoping to cover.

Bergquam and his associates will be on a bus tour, looking for stories from small town America, look for more details as the event draws closer.

In the video bellow, Bergquam spoke about a story that needed to be exposed from the Fresno Convention Center to talk about the left using public centers to house a massive influx of illegals, directing his comments to the leftists in the local government.

“You need to do your job or be removed from office! We these officer holders to do their jobs is to serve the people who pay you, the American people. Your constituents are people who can legally vote for you. And many of our politicians have become domestic enemies. They wanted things to happen on the 6th, so they didn’t have to be held accountable for the things they have done to ignore the will of the people,” Bergquam said.

“The same leftist have created an injustice system. These same leftists who attack us for supporting Trump are the same people who have Antifa and BLM and the invasion of the border,” he said.

Miguel Arias, and other leftists are the reason we’re having this open borders crisis! Expose them and hold them accountable! Put American Citizens first! That’s your job Miguelito! Support the mission to expose the truth: FrontlineAmerica.com Cash App: $FrontlineAmerica Venmo: @Ben-Bergquam

Here is Ben on an epic rant starting with exposing a City Council member in Fresno and going into the inhumanity of child trafficking over the open borders.