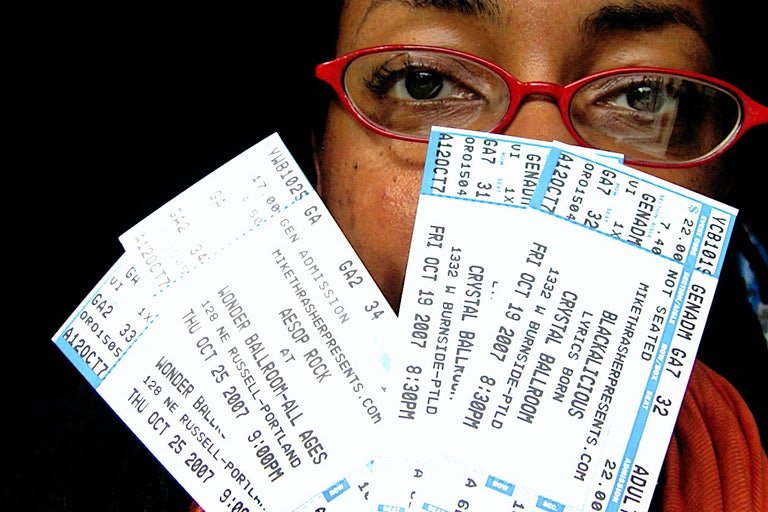 Ticketmaster is now out in the open that they will use their power to pick and choose winners and losers and ignore the idea of equal and fair access to people- under the law.  In January, the ticket company restricted ticket sales to a popular championship by zipcode- and now “conspiracy theorists” are proved right about the abusive practices by the company.

The most recent offensive action by Ticketmaster was covered by FOX News:

“Fans were able to start buying tickets Monday to watch the Cincinnati Bengals play in Sunday’s AFC Championship Game against the Kansas City Chiefs at their home stadium in Missouri.

Tickets went on sale at 8 a.m. ET, but Jackson County taxpayers in Missouri get to purchase them first, according to Ticketmaster. To qualify, fans must use a credit card with a billing zip code in Jackson County.

For the rest of the general public, a limited number of tickets went on sale at 11 a.m. ET. Ticketmaster is starting single tickets at $445 and they go up to $1,595.”

San Franciso Gate reported on how Ticketmaster backtracked after public pressure about the restrictions:

The notice on Ticketmaster that restricted NFC Championship Game tickets to those with Los Angeles-area ZIP codes had abruptly and unceremoniously disappeared from the ticketing site’s website by Monday morning.

Previously, a fan attempting to buy tickets would see a notice alerting them that “Public sales to the game at SoFi Stadium in Inglewood, CA will be restricted to residents of the Greater Los Angeles region,” and, “Residency will be based on credit card billing address at checkout.”

Suspicions rose immediately that Ticketmaster was picking winners and losers, and restricting certain people from getting tickets:

After the ZipCode notice disappeared there was a COVID notice, according to people who were shopping for event tickets:

Complaints about Ticketmaster are epic- online, including people from around the world:

According to Ticketmaster- they require zip code information for a reason:

“Why do we request your address, zip code, postal code and or phone number?

Why do we request your address, zip code, postal code and or phone number?
The information requested may be used for a variety of purposes related to the ticket purchase transaction. These purposes can vary by transaction, but include, for example, allowing us to: ship/deliver tickets and/or receipts; respond to customer service requests; review and enforce limits on the number of tickets purchased per event and to help prevent credit card fraud.

The company must have known they had an issue, as reported online 9 years ago where a man from Australia reports having trouble getting tickets due to his zipcode:

And exposed online 9 years ago, that their cover of “credit card fraud” is nonsense:

Here the poster says he tried a different credit card- and is told that he will need to establish an account- giving the ticket sellers more private information about himself to be able to purchase the tickets.

There were plenty of problems with asking about zip codes:

So – it appears that Ticketmaster is busted. Back to that Championship game:

A spokesperson for Ticketmaster referred SFGATE to the Los Angeles Rams for all policy changes. The Rams then told SFGATE that the policy was lifted after all available tickets were purchased during a presale over the weekend.

“The Rams implemented the restriction because the regular season finale vs. the San Francisco 49ers saw so many Niners fans in the stands the home team had to go to a silent count on offense. It was such a problem that the wives of Matthew Stafford and Andrew Whitworth have begged Rams fans not to sell their tickets to opposing fans,” Eric Ting wrote for SFGate.

TicketMaster may need to be investigated for having a monopoly.

If readers who want to go down a rabbit hole- on the problem with giving TicketMaster too much power- check this out: